There is a distinct possibility that we will look back on the coronavirus pandemic as the great transition in which new media leapfrogged linear and traditional as the dominant form of mass entertainment. Streaming companies have seen the largest increase in subscription growth during quarantine, a 400% increase from March-May, compared to the previous 12 months (Feb 2019-Feb 2020). But with such a crowded field of well-resourced streaming services and monumental change ripping through the entertainment industry, it’s not easy to identify a clear path forward.

To gain some clarity on the future of streaming, Observer spoke with Tien Tzuo, founder and CEO of Zuora, a company that works directly with subscription-based businesses including direct-to-consumer services. Founded in 2007, Zuora creates software and strategies for subscription-based services including media clients AT&T Networks, DAZN, HBO Nordics, and Ustream. The company helps online ventures build subscriber relationships—whether that be acquiring new customers or growth from existing customers—and succeed in an increasingly subscription-based economy.

Despite generating more annual revenue than any major Hollywood film studio, Netflix still operates in the red each fiscal year due to massive content expenditures ($17 billion in 2020) and a growing mountain of debt. For this reason, many around the industry have previously argued that its business model is unsustainable and without a structural innovation, Netflix may have already peaked as a streaming service. It’s been suggested that the best way for Netflix to address its debt issues is by introducing a less expensive ad-supported package for interested consumers—something Netflix leadership has consistently avoided—but Tzuo doesn’t agree.

“The simple answer is that you don’t need advertisements to run a successful media business anymore. In fact, COVID-19 is the last nail in the coffin for the ad-supported business model. Traditional content providers like TV studios and radio stations used to offer their work for ‘free,’ and in return the consumer would sit through a stream of irrelevant advertisements. But now, streaming services ask you to support the work of their content creators directly through digital subscriptions. That’s it. Nice and simple. Think about it: Netflix developed a massive, loyal audience because it focused on great programming with no ads.”

Even if Netflix doesn’t necessarily need advertisement revenue to stay ahead of the game, Tzuo acknowledges that tweaks to the business model will help. A shift in focus from adding new subscribers to retaining its existing customer base, which stands at a market-leading 182 million-plus worldwide, will keep Netflix in pole position.

“The company will need the ability to flexibly price and package in order to scale in the long-term, especially with its incredible growth in subscribers amid today’s climate,” Tzuo said. “Netflix’s current one-size-fits-all model, where users can access all content for a flat fee, is not sustainable as more streaming companies enter the space.”

Retaining subscribers needs to be a priority

In Zuora’s recent Subscription Impact Report, retention was identified as a crucial factor to surviving the streaming wars long-term. Despite the slow start of its streaming service, Tzuo believes Apple is best-suited to this endeavor thanks to its pre-existing one billion-plus registered users. In its latest Q2 earnings report, Apple reached an all time high of $13.3 billion, underscoring the resilience of its services business amid today’s crisis. Still, Tzuo isn’t blind to the early stumbles of Apple TV+.

“Apple will need to take a page out of the Netflix and Disney playbooks if it wants to see optimal results from Apple TV+,” he said. “And that means reinvesting in core content that meets its subscribers’ content desires. They have a great platform; they just need to coordinate with Hollywood better in order to come up with great content. Netflix and Disney have a huge advantage over them in that regard.”

According to Tzuo, one of the biggest mistakes subscription businesses can make is limiting its transparency across its customer base. Netflix has come under fire in previous years for its secretive price hikes while other subscription companies have been criticized for the difficulty of cancellation much like cable. The best subscription-based businesses offer their customers flexibility—”the ability to upgrade, downgrade, pause, renew or even cancel a service, based on their unique needs and constantly changing life events,” Tzuo said. Streaming is meant to be built on convenience.

“COVID-19 has been a forcing function for many to truly double down on their customers. Our research shows that companies that allow customers to make changes to their subscription grow faster than peers. Additionally, companies offering customers the option to suspend a subscription have a 5% lower annual churn rate compared to peers.”

To Tzuo’s point, Netflix is proactively reaching out to customers who have not used their account for 12 months, with an email asking if they’d like to retain their membership or have it canceled upon the next billing cycle. The company recognizes that without being able to provide ongoing value to these customers, there’s no ongoing business.

While raw subscriber numbers are the most highly publicized success/failure metrics of the streaming industry, subscriber relationships could be the key to engagement longevity. For example, there’s no debate that between Disney+ and Apple TV+, which both launched in November, the former is off to a significantly stronger start. Disney+ has already racked up around 55 million subscribers while Apple has declined to offer growth statistics and isn’t helped by damning third-party metrics. Disney has decades of creating attractive family-friendly content while Apple TV+ is largely the company’s first foray into original programming. But Apple is at least a decade ahead of Disney when it comes to building and engaging subscriber experiences, Tzuo argues.

Interaction with Apple products doesn’t immediately translate to active Apple TV+ usage, but it does speak to a larger trend in streaming. Creating an ecosystem of familiarity, much like Amazon has done, can boost you near the head of the pack.

“While traditional models of success rely on selling a ‘box office hit,’ subscription models rely on offering ongoing value and a variety of content options to retain and acquire new customers. While a hit might translate into early sign ups, an enjoyable and personalized library of content will translate into long-term subscribers. Successful streaming companies focus on stickiness, not ratings. Since ‘value’ is in the eye of the subscriber, providers must offer a broad range of content that both entertains and is easy to consume.” 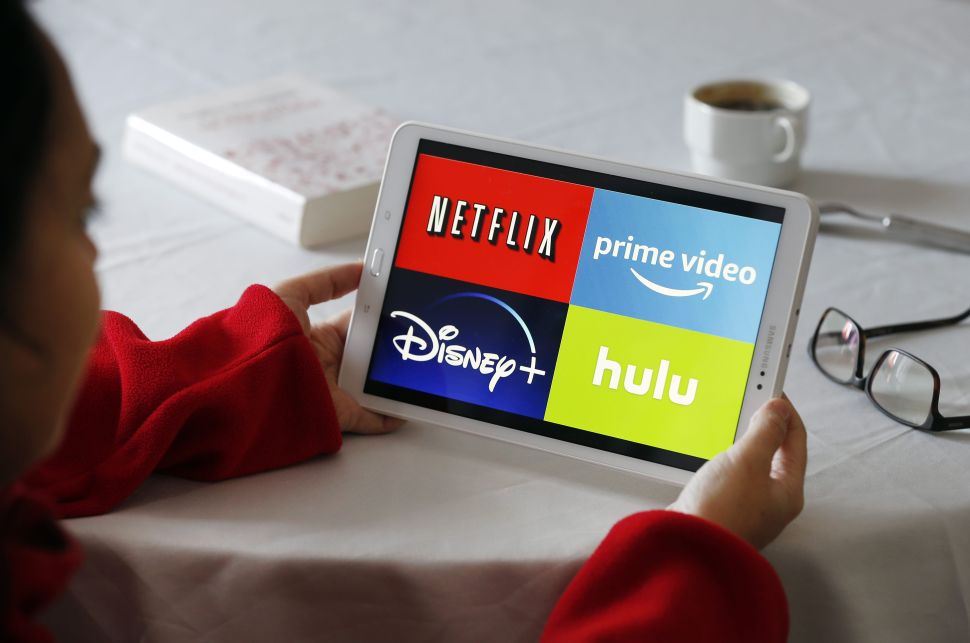