Oscar Wilde is responsible for the famous quote that “life imitates art far more than art imitates life.” But this pithy line represents the wrong ideal, particularly in the sadly repetitive cycle of civil unrest America currently finds itself in as police clash with protestors this past week over the killings of Black people. The very definition of art is the expression of human imagination, and to claim that art shouldn’t be political, that it shouldn’t represent our foremost desires for society, is to deny that which makes us human in the first place.

Our thoughts, our ideas and our feelings are borne from a place of great conviction, so its stands to reason that our art should be as well. Filmmaker Spike Lee has always approached his career from that vantage point. From his 1986 feature directorial debut She’s Gotta Have It to his upcoming Netflix film Da 5 Bloods, which arrives June 12, Lee has never compromised his values or point of view for the sake of art. Instead, it drives his creation. Whether or not the final products have always been widely celebrated by fans and critics is erroneous. What matters is that Spike Lee has never been afraid to comment on the moment. That’s what we need right now.

Da 5 Bloods follows a group of Vietnam War veterans who return to Vietnam to search for the remains of their squad leader—and, perhaps, some buried treasure. Battling the forces of man and nature, these men are confronted by the lasting ravages of the immorality of the Vietnam War. Chadwick Boseman, Delroy Lindo, Jean Reno, Jonathan Majors, Paul Walter, Clarke Peters and Isiah Whitlock Jr. star. Having not seen the film, I can’t say for certain that a hungry audience will find connections to the ongoing protests against police brutality sparked by the killing of George Floyd in the custody of four police officers on May 25 . I can’t say whether or not the film will be a platform for #BlackLivesMatter. What I can say, however, is that a Spike Lee joint rarely lacks for relevancy.

Do the Right Thing is an audacious and urgent snapshot of race relations and the battles both seen and unseen that result. Malcolm X profiles one of the most significant figures in American history and endured its own highly publicized battle about who should be telling Black stories in Hollywood. He Got Game is an accessible father-son story set against the backdrop of institutional and systematic corruption. BlacKkKlansman won a damn Oscar two years ago. You don’t need me to keep listing off the meaning behind his greatest hits because you’re already well aware. The point is that Da 5 Bloods arrives at a time when the world very much feels in need of Lee’s trenchant commentary, his deft handling of generational trauma, and his stylistic delivery of moral takeaways.

There is no magic piece of art that will galvanize the good, expose the error of evils and put an end to the violence and pain currently gripping our country. Change, as much as we yearn for it, simply does not take root that way. But if there were one storyteller to emerge from this ordeal with a valuable contribution to the conversation, my money would be on Spike Lee. Da 5 Bloods could be his crowning career achievement or a forgettable footnote. It doesn’t really matter. What’s important is that Lee’s voice will be heard at a time when our country is most divided. 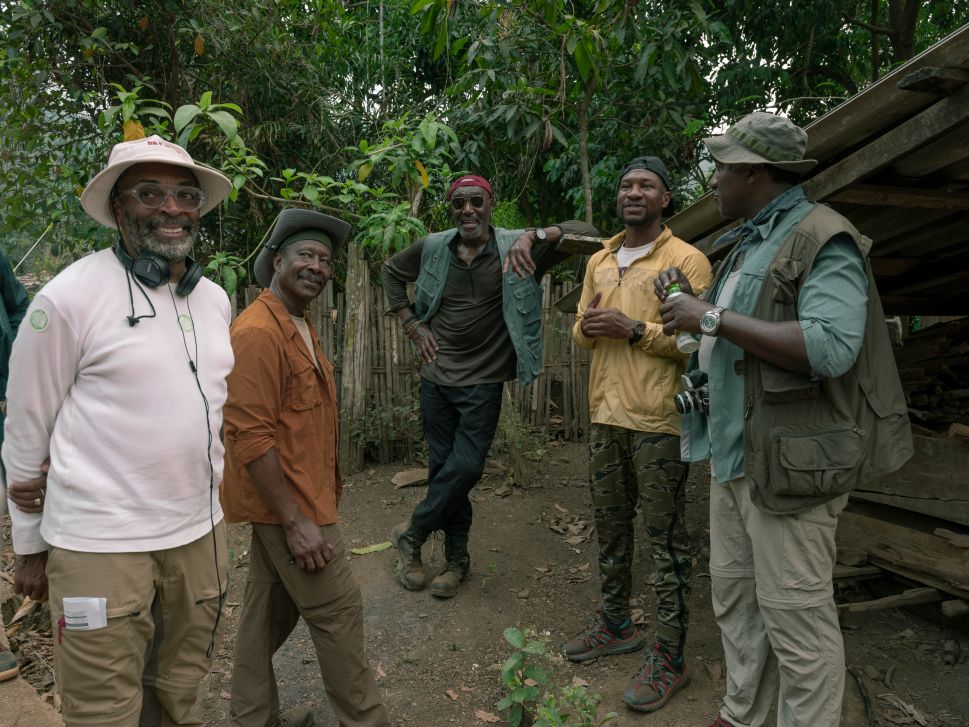