In times of great civil unrest, the public has often turned to the entertainment industry for much-needed escapism and morale. Though entertainment can’t fix the world’s problems, it can offer a respite from them, if only for a moment. While Netflix continues to thrive amid the coronavirus pandemic, it faced stiffer competition from rival streaming services in May. Disney+, DC Universe (which will likely soon be rolled into HBO Max), and Apple TV+ are making headway as they each claimed a few spots among the top streaming series of last month.

Parrot Analytics compiled a list of the 10 most in-demand series for the month of May. It represents the total audience demand being expressed for a title, within a market (in this case, the U.S.), and audience demand reflects the desire, engagement and viewership, weighted by importance. 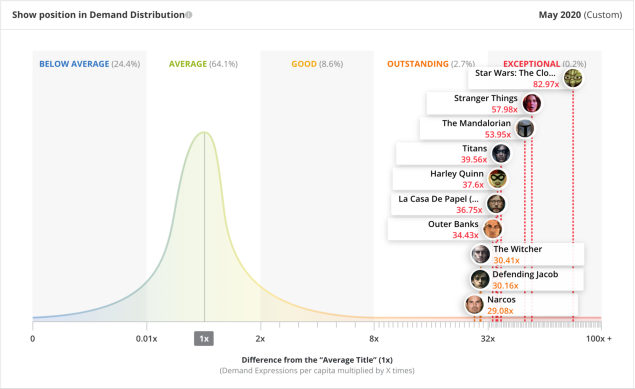 This is the first time since quarantine was enacted in March that Netflix has not claimed the top spot among the most in-demand streaming series. Instead, the long-awaited final season of Star Wars: The Clone Wars leapfrogged the competition for No. 1 despite airing its finale on May 4th. Demand was so high during its final season and after its finale that it managed to hold on to No. 1 throughout the entire month by a wide margin. It was 83 times more in-demand than the average series in the U.S. and 43 percent more in-demand than second place Stranger Things. Disney+ is light on original programming in its early going, so this is a nice victory.

May saw three newcomers join the top 10 as compared to April: Harley Quinn, Outer Banks and Defending Jacob. The latter, which stars Captain America himself Chris Evans, is the first Apple TV+ series to crack the top-10 for the entire month. Tiger King (Netflix), Ozark (Netflix), and Little Fires Everywhere (Hulu) all fell out of the top 10 from last month.

Though they didn’t all make it to the final golden list, Parrot Analytics has noted that the top five shows on the rise in demand over the last 30 days are: Solar Opposites (Hulu), Dead to Me (Netflix), Upload (Amazon Prime), She-ra and the Princess of Power (Netflix), and Outer Banks (Netflix).

When looking at the data from afar, it’s clear that Netflix is still the market leader among major streaming services. But the smattering of rival platforms suggests a deeper field of competition, one that will only grow with HBO Max and Peacock entering the fray. 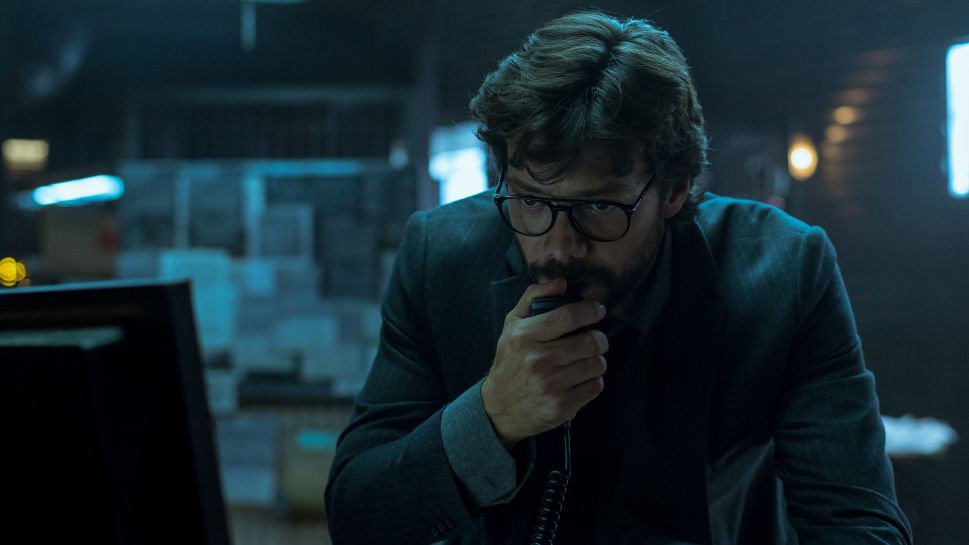