When last we saw our merry band of teenage world-savers and their would-be caretakers (seriously, stop letting your kids fight interdimensional monsters) things were not going so great. Sure, the Mind Flayer was defeated, but David Harbour‘s Chief Hopper was presumed dead (later revealed to be a Soviet POW) and Eleven (Mille Bobby Brown) was leaving Hawkins, Indiana, with Joyce (Winona Ryder) and her kids. But this is Netflix’s flagship series so, naturally, creators Matt and Ross Duffer have thought up a way to reunite the gang in Season 4.

In doing so, Harbour believes they’ve reinvented Hopper in a grandiose manner, comparing his arc and the upcoming season to Lord of the Rings.

“I’ve always felt that he, in some sense, had to die,” he told Deadline. “I think they’ve crafted something really beautiful where in a sense he does sacrifice himself, and as we’ve seen from the teaser, he’s resurrected, almost in my mind, like a Gandalf the White.”

Never accuse this man of not being willing to stump for his TV show!

The global production shutdown forced by the coronavirus pandemic has halted progress on the new season of Stranger Things. But Harbour is excited to get back to work when it’s safe as the new episodes apparently reveal a different side of the lovably gruff police chief.

“Each season we see a different side of him,” he asaid. “Last season was… a bit wackier, and I loved playing that. Now [in Season 4] he is painted in a bit of a darker palette; he’s able to express some of these really deep things that we’ve… hinted at with the boxes in Season 2.”

As previously revealed, Harbour lost his daughter Sarah prior to the events of the show. It sounds as if Season 4 will further explore that trauma in his life and how’s it’s shaped him into the man we know today. We can’t imagine that being held prisoner in a Soviet POW camp is going to help his already surly disposition. But, at least we have some exciting action to look forward to.

“It’s very epic,” he said. “There are monsters and horror and scares. There’s also some great Indiana Jones-type action.”

According to Netflix, Season 3 of Stranger Things drew 40.7 million member accounts that watched at least part of Stranger Things 3 within the first four days of its release, while 18.2 million accounts completed all eight episodes within the same time frame. Since Season 3’s debut, however, the streamer has changed what counts as a “view” to any member account that watches at least two minutes of a TV series or film. 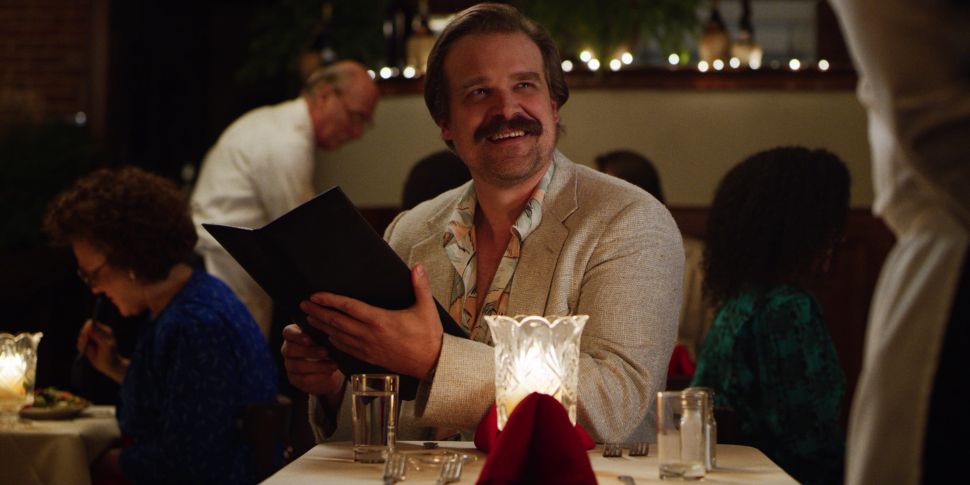