Since George Floyd was killed by a Minneapolis police officer on May 25, widespread protests have unfolded nearly-continuously all over the world as people have taken to the streets to speak out against police brutality and anti-Black racism. Protesters everywhere have collaborated to provide demonstrators with hand sanitizer, masks, and other amenities, but due to the pandemic, it’s no longer possible to casually duck into a random restaurant to use the bathroom. Need for restroom access is one of the central factors that led to the creation of the Open Your Lobby initiative, which is centered around encouraging businesses to safely open their doors to protesters in need of resources.

According to a spreadsheet created by the initiative, theaters and indie art spaces in New York City have been opening their lobbies in droves to accommodate protesters in need of a rest stop. Just to name a few, the Atlantic Theater Company, Cherry Lane Theatre, La MaMa and the Metrograph movie theater have all apparently committed to offering their spaces to protesters in need of things like phone chargers, or bathrooms in light of the ongoing protests. However, the Open Your Lobby spreadsheet also shows that the city’s art museums have been much slower to adopt the initiative: so far, the Brooklyn Museum and MoMA PS1 are the only major art institutions to participate.

SEE ALSO: What’s Ahead for Off-Off Broadway: The Most Vulnerable but Vital Spaces for Theater

Only two NYC museums (@brooklynmuseum and @MoMAPS1) have opened their lobbies, the rest remain closed. And frankly, I worry that this isn't just an immediate failure, but a tragic vision of the future. Where do we go from here? #OpenYourLobby https://t.co/hSqAgZcaht

Thus far, it therefore appears as though New York City’s performance spaces have truly stepped up in droves to provide for protesters, whereas glossier and possibly more aloof art museums are perhaps more reluctant to offer their spaces up to crowds in this way. Observer reached out to the organizers of Open Your Lobby for comment, and will update this story in the event of a response.

After last weekend, I didn’t think I could be any more proud. But I never should have underestimated you, New York. 🖤🤍 • Powerful doesn’t even begin to explain it — y’all SHUT IT DOWN this weekend. Watching 15,000 of you taking over Brooklyn in a sea of white for #BlackTransLiveMatter march was truly a moment this city will never forget. Our bikers and skaters led the way for protestors on foot, while our artists painted the town with #BlackLivesMatter. And of course, we cheered you all on as y’all circumvented a police blockade and hopped over the barricade into oncoming traffic to cross the Williamsburg Bridge. NYC, you are UNSTOPPABLE. ✊🏽✊🏾✊🏿 -AM

However, the Brooklyn Museum certainly stands as a notable exception: just this past weekend, tens of thousands of protesters wearing white gathered around the museum to advocate for justice for Black trans people. At the Brooklyn Museum, from the hours of 2 p.m. to 6 p.m., protesters are allowed to use the bathroom, which is a huge advantage when protests go on for significant lengths of time. Additionally, given the fact that protests don’t appear to be diminishing anytime soon, more museums will have to consider just how long they’re determined to keep their doors closed. After all, how could a museum’s institutional body claim that they’re committed to their community if they’re refusing to provide their community with what it needs? 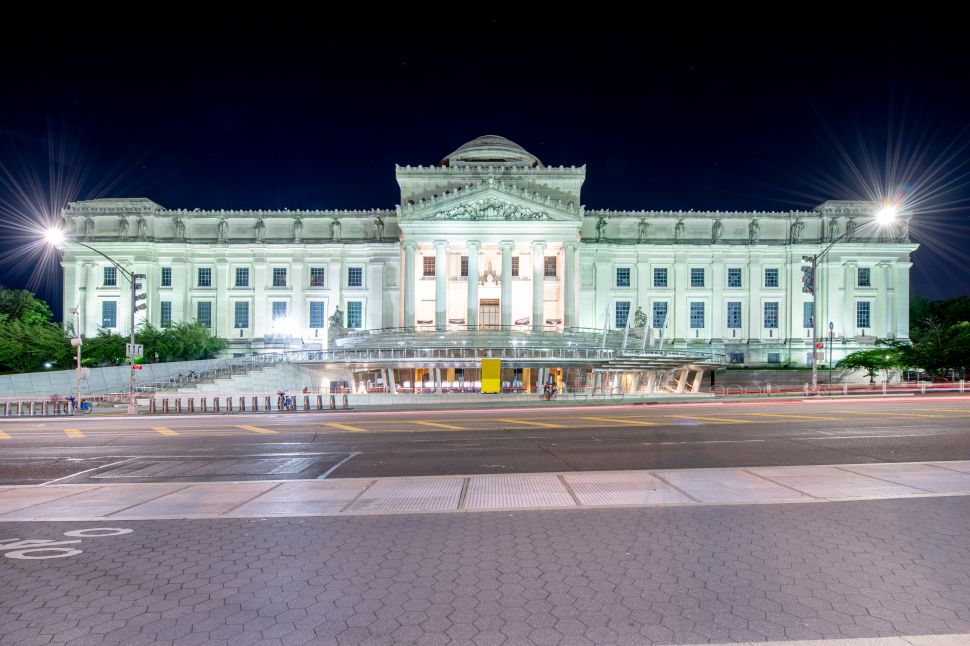