Even as Phase 2 reopening offers New Yorkers regained access to offices, restaurants and salons, the city’s venerable classical music institutions remain firmly shut. With indoor performances at the Metropolitan Opera, Carnegie Hall and Lincoln Center off-limits until 2021, opera fans can console themselves with the wide variety of quality programming available through online streaming.

Of the dozens of streams available the week of June 22-28, five standouts look particularly tempting.

Tonight (Monday) the Met spotlights  two of its most exciting young stars in an HD presentation of Verdi’s La Traviata. As the doomed courtesan Violetta, soprano Sonya Yoncheva “combines a genuine glamour voice—a sound both beautiful and hauntingly complex—with a rare honestly of expression.” And she is more than matched by tenor Michael Fabiano, whose tenor produces the effect of “pure frisson, like feeling a knife blade drawn across the skin.” The performance is available through Tuesday afternoon.

More than a century and a half separate the classic Verdi opera and Olga Neuwirth’s brand-new Orlando, which is streaming from the Vienna State Opera on Tuesday, June 23. But that time span is hardly the blink of an eye next to the eons vaulted in this aggressively eclectic work. The text is taken from Virginia Woolf, the costumes are by Comme des Garçons, and no less than Justin Vivian Bond shows up as Orlando’s child to exclaim “Isn’t it awfully nice to be a they?”

One of the most disappointing losses in the cancellation of the Met’s fall season is a new production of The Fiery Angel by the prolific Australian director Barrie Kosky. Fortunately, a stream from Berlin’s Komische Oper affords more than a hint of this artist’s genius. The video, via the OperaVision platform, communicates brilliantly Kosky’s “downbeat take on Schoenberg’s thorny Biblical tale, imagining Moses and his worldly brother Aron as broken-down vaudevillians enacting a Beckettian drama of futility.”

Back in New York, Friday, June 26, is devoted to nostalgia, as the Met streams a celebrated performance of what was perhaps Luciano Pavarotti’s greatest role. The superstar tenor is heard as the small town doofus Nemorino in Donizetti’s L’elisir d’amore. Even though he’s a bit past his zenith vocally, he retains his vast charm for this romantic comedy opposite soprano Kathleen Battle.

And to round out this starry week, who better than diva of divas Anna Netrebko? The soprano took her career to a new level in 2016 when she sang her first major Wagner role, Elsa in Lohengrin, under the baton of Christian Thielemann. In this video taped live at the Dresden Semperoper, Netrebko takes her place in a distinguished cast of Wagnerians including Piotr Beczała, Georg Zeppenfeld and Evelyn Herlitzius. The stream premieres on June 26 and runs through the weekend.

No, it’s not quite the same thing as clinking Champagne flutes at a glittering opening night gala. On the other hand, no one can object if you sip a little bubbly as you recline, comfortable in your pajamas, on your living room sofa. 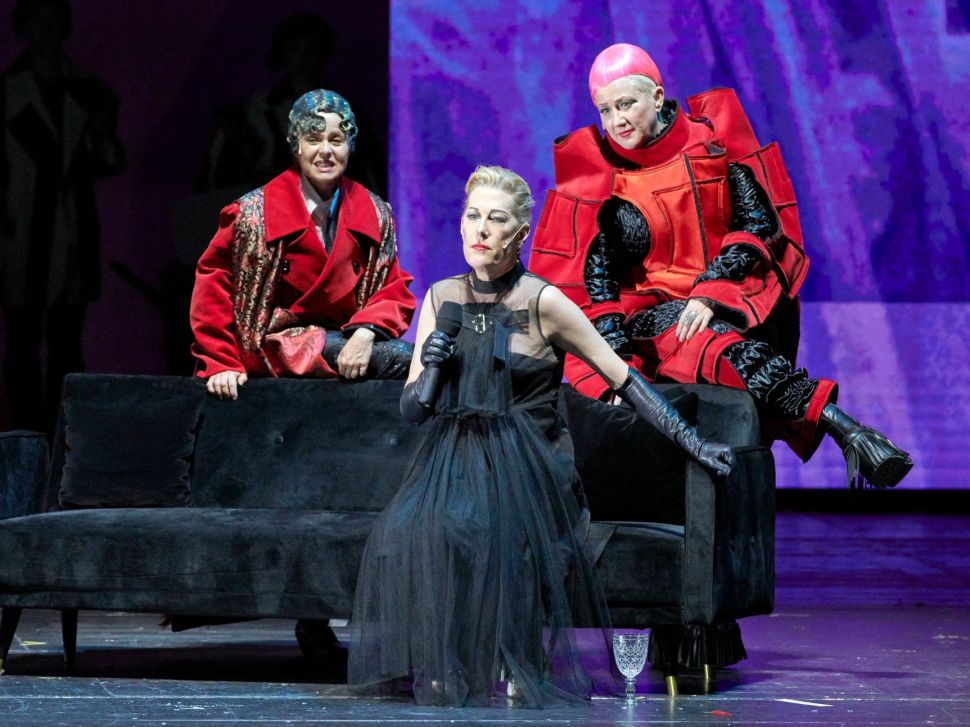