A sense of confinement pervades Ottessa Moshfegh’s novels. Her first book, McGlue, features a man imprisoned for murder. In Eileen, the titular character feels burdened by her own body and her drunk father’s abusive rule. In My Year of Rest and Relaxation, the narrator becomes so trapped in her own depression that she believes her only way out is to drug herself into sleeping for a year. “My characters are often trying to get out of who they are, rather than out of a physical space,” Moshfegh told Observer.

On the surface, the narrator of Moshfegh’s new novel, Death in Her Hands, is relatively free. Vesta, the protagonist, lives alone in a small town. She’s financially comfortable, with no job or responsibilities to constrain her time. Her husband, Walter, has recently died, liberating her from a stifling marriage. Yet Vesta’s loneliness eventually becomes a snare of its own, forcing her ever inward. She attempts to escape her own life by turning into a writer of sorts: She begins inventing characters and other consciousnesses. Storytelling simultaneously becomes her jailer and her way out of a solitary existence—a paradox at the heart of writing itself. “I’ve written about incarceration in some form in every novel. Maybe Vesta most poetically,” Moshfegh said.

As the novel opens, Vesta finds a note on the ground while she’s walking her dog. It reads: “Her name was Magda. Nobody will ever know who killed her. It wasn’t me. Here is her dead body.” Throughout the rest of the book, Vesta plays detective. She attempts to discover who Magda is, what her circumstances are like, who may have killed her, and for what purpose. Yet without finding any additional clues in the outside world—not even a body to confirm the death itself—Magda must generate them through her imagination.

With the help of a “character profile questionnaire” she finds at the library, Vesta dreams up a dark backstory for her protagonist. Magda, she decides, is a Belarusian with an unsupportive family and summer job at McDonald’s who’s renting a room from a woman named Shirley. Magda has a friend named Blake, and two lovers named Leo and Henry. “Favorite foods: Pizza. Peaches. Orange soda,” Moshfegh writes. “Strongest positive personality traits: Resilient. Self-reliant. Manipulative. Strongest negative personality traits: Rude. Secretive.”

Vesta trusts her fictional powers. Though her late husband criticized the way she spent so much time playing in her own mind, “like a sandbox. Everything just slipping through your fingers, nothing solid to hold,” Vesta now embraces her creative drives. “You can solve the mystery with little more than your own mind,” she tells herself. An uncanny doubling effect occurs as Moshfegh’s own performance seems to unfold in real time. As Vesta invents Magda, Moshfegh develops her own narrator page by page, unwinding Vesta’s backstory in unpredictable directions.

Moshfegh noted that all of her novels have been in the first-person, because she likes “tracking a voice through time instead of tracking a plot,” and she’s interested in how revealing a character’s interiority can illuminate a more exterior narrative. Moshfegh’s settings, in other words, are dictated by what exactly her narrators see.

Moshfegh’s process, with Death in Her Hands, allowed her to get particularly cozy with her narrator. “I wrote 1,000 words each day,” she explained. “I made an agreement that I would never look back, so that I was always writing in the most present moment with Vesta.” Moshfegh blurred the lines between author and character as she allowed herself and Vesta to make the same discoveries simultaneously.

“I liked that she was both so fragile and weirdly arrogant,” Moshfegh said about her double, with language not dissimilar from how the press has, in recent years, portrayed the author herself. “That seemed to allow her to take some narrative risks in a way that I might not have expected from her.”

Moshfegh’s own fictional choices also become increasingly bold as the novel continues. After Vesta’s second visit to the library, the division between her reality and her imagination begins to blur. She meets a woman named Shirley in the bathroom, and the reader suspects that Vesta is either hallucinating, or the novel has taken a turn into another realm. A very strange encounter with Vesta’s neighbors amplifies this strangeness. Dressed up in old-fashioned clothes (the woman wears a bonnet and a “tight corseted dress with heavy skirts, brown us mud”), the couple seems to have appeared out of a different time period, if not a different novel altogether.

While Vesta’s imagination may be unburdened, she’s still not really free. She’s an aging woman, facing that most universal of limitations—death (see: the title). In a philosophical aside, Vesta wonders, “If the brain is dead, the person is gone. The mind is over. But what if the doctors were wrong? What if the mindspace was not something made by the brain, and what if it continued even after death?”

Vesta’s confinement may be lyrical, but Moshfegh also speaks about incarceration in literal, personal terms. Her grandmother was a political prisoner in Croatia, and her younger brother spent weeks in solitary confinement. Moshfegh believes that societies incarcerate “because it makes money and it’s a way of controlling people. So they don’t rise up.” “If you want to disempower a group of people you put them in jail and treat them like animals and take away their hope. It seems very effective for destroying lives,” she said.

Asked about the relationship between her politics and her fiction, Moshfegh said she doesn’t want her work to ever exist as propaganda, or as an allegory for the way she believes people should live. “I don’t feel that my work is something I want to use to preach moral righteousness, but rather explore the problem of being a human in a world where it’s very difficult to be one.” Moshfegh said she’s working on a new project, politically relevant in the moment, yet set in a fictitious village in the late middle ages, in a society based on slavery. She’s been thinking, she said, about “about the ruling class and how we have been manipulated and deceived.”

Moshfegh’s books don’t appeal because they offer any kind of escape from a challenging existence. Instead, they consistently serve up funny, humane, and surprising “mindspaces”—to borrow Vesta’s term. As readers poke around in Vesta’s consciousness, they’ll find strange and interesting company. Of all the futile ways to attempt to transcend the self, reading fiction is a pretty good one. 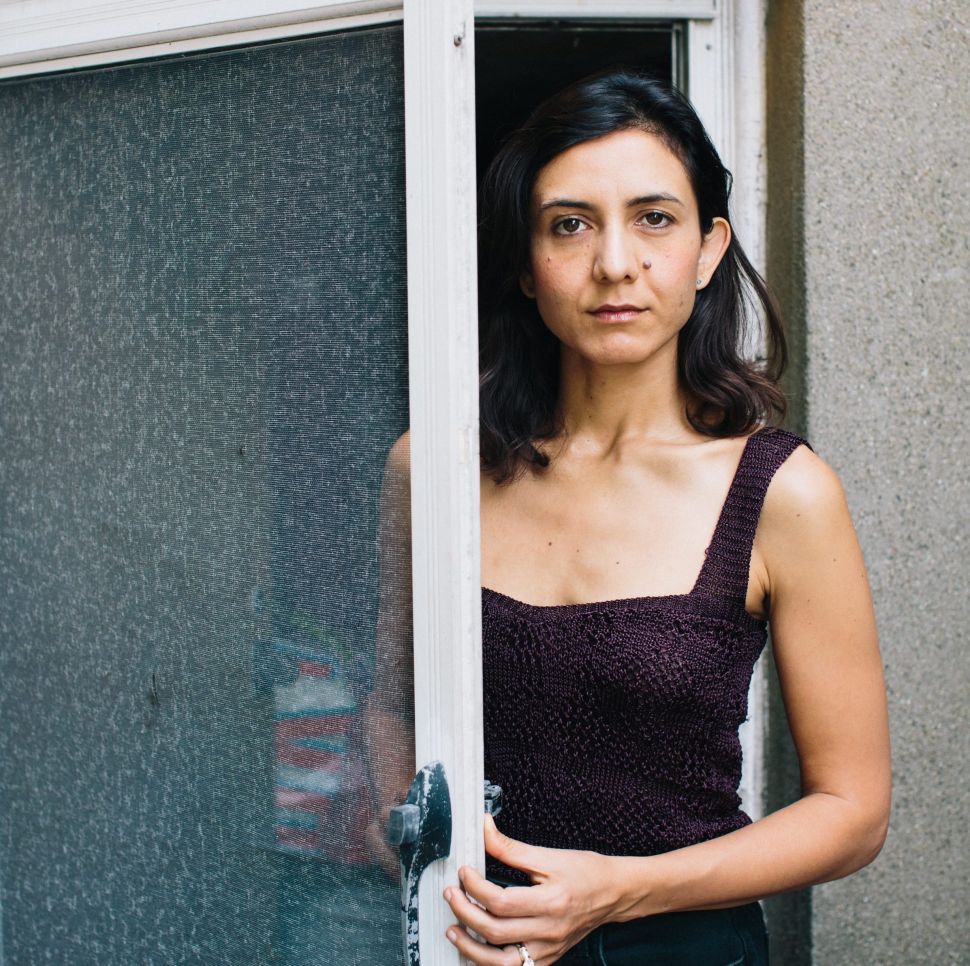 Filed Under: Arts, Books, novel, Ottessa Moshfegh, "My Year of Rest and Relaxation", Death in Her Hands