Pharrell Williams is looking to shed another piece of his Los Angeles real estate portfolio. The multi-hyphenate entertainer is listing his ultra contemporary Hollywood Hills home for sale, six years after purchasing the 1.55-acre estate for $7.14 million.

The Grammy-winner is hoping for a serious profit, as he stuck an $11.95 million price tag onto the six bedroom, 5.5 bathroom Laurel Canyon modern abode, per the listing first spotted by Variety.

The 4,415-square-foot glass, concrete and wood-covered property, known as the “Skyline Residence,” was designed by architect Hagy Belzberg, per the listing shared by Westside Estate Agency brokers Kurt Rappaport and Drew Meyers.

Private Architectural Retreat in the Hollywood Hills | Offered at $11,950,000 | Listed by Kurt Rappaport, DRE 01036061 and Drew Meyers, DRE 01865732 . . . Situated on over 1.5 acres and built by the globally significant architect Hagy Belzberg. The Skyline Residence represents one of a kind; award-winning architecture. Winner of numerous published awards this gated, contemporary/modern compound has an open floor plan, that includes 5 bedrooms in the main house with views from every room. The detached 2 story guest house has 1 bedroom and its own kitchen. The compound has rare 280 views of both city and valley, and an infinity pool with direct city views. The front garden has a movie projector screen. https://www.weahomes.com/listing/8520-skyline-dr/ (Link in bio)

The glass-encased living room features marble floors, direct access outside and a silver fireplace that is suspended from the ceiling.

The sleek kitchen is fitted with white cabinetry and an island with wood accents and breakfast bar seating, as well as built-in shelving on one wall and backyard access via a floor-to-ceiling glass door. There’s also a dining space with a full wall of garden-esque greenery.

The master suite contains a gas fireplace and a green marble-bedecked bathroom, with a modern freestanding tub and a separate glass-enclosed shower.

There’s also a detached two-story guest house, with one bedroom and its own kitchen. Outside, there’s a modern infinity pool and spa, as well as a front garden set up with a movie projector screen and viewing patio.

This isn’t the only Los Angeles home Williams is attempting to part with right now. He’s also looking for a $16.95 million buyer for his Beverly Hills home, which he purchased from Tyler Perry almost exactly two years ago. 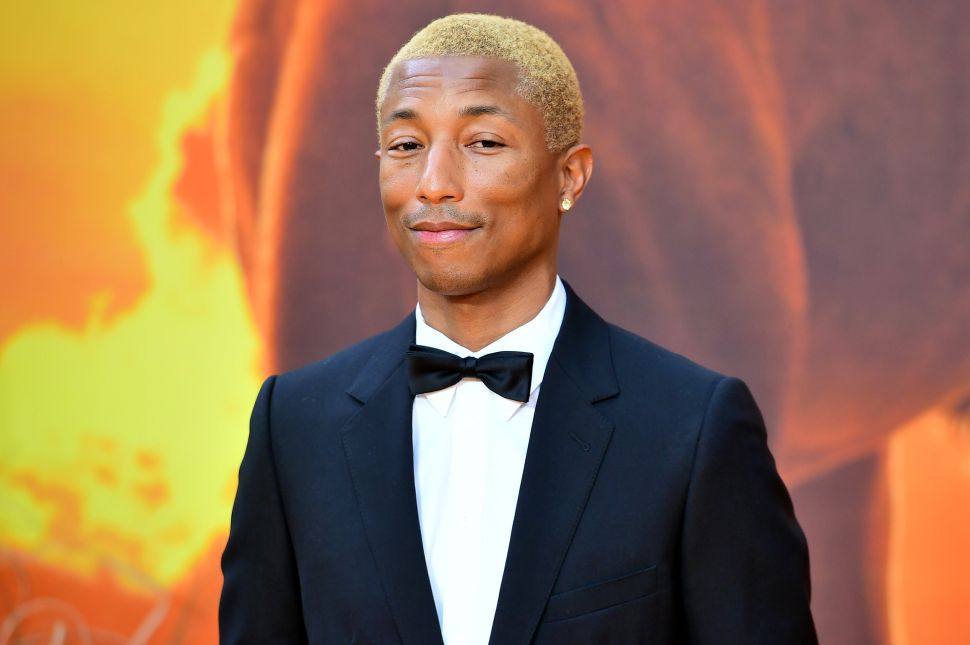