Eliminating racism in classical ballet while preserving its beauty is how Phil Chan spends his days. Alongside his partner, Georgina Pazcoguin, a soloist for New York City Ballet—and the only ballerina of Asian descent to receive a promotion in the company’s history—Chan initiates conversations with ballet directors all over the world. His aim is that those conversations will lead to them taking his Pledge to End Yellowface. The pledge is an agreement to provide diversity in ballet while working to divest the field of offensive stereotypes.

These stereotypes include shuffling steps, yellow face-paint with made-up slanted eyes, and mannerisms that make Mickey Rooney’s racist turn in Breakfast at Tiffany’s look tame by comparison. Traditionally, these featured dances were used to reference characters from other countries, but because they were invented by people with zero cultural fluency, the results were unintentionally racist.

Unintentional then but recognized now for what they are, shockingly there are people who defend these practices, insisting that the racial caricatures are part of their cultural heritage. That was the Mariinsky Ballet’s response to ballet superstar Misty Copeland, after she famously called them out this past winter for using Blackface in their ballet La Bayadère. The Mariinsky was founded in 1740 with backing from Russia’s imperial court, and though it ranks as one of the elite ballet companies in the world, its views on race are less evolved

Chan’s approach to discussing race eschews blunt confrontation. Recognizing that the conversation is triggering for everyone involved, he begins by acknowledging the situation, then moves onto discussing its unintended, cringe-inducing effects. Following up with questions about the actual intent, he helps create choreographic solutions that fit the context of a ballet with specific details that make sense to a modern audience. Sometimes that requires updating a ballet’s plot. For instance, instead of a pirate spectacle filled with Arabic stereotypes and ‘happy slaves’, Chan has reimagined Le Corsaire as a beauty pageant at Atlantic City. In Chan’s words, “We have a responsibility as American artists to reinvent the old way of doing things.” This is particularly true if ballet is to remain relevant to younger audiences who have zero tolerance for racism.

Coming from a mixed-heritage background—his father is Chinese and his mother is white—Chan recognizes that he possesses a level of white privilege that allows him to have these conversations in ways that other people of color cannot. “It’s my responsibility,” he states, “because I’m white adjacent.” His first triumph came after convincing Peter Martins, the former artistic director of City Ballet, to remove offensive stereotypes from The Nutcracker. Rather than keep the situation quiet, Chan and Pazcoguin decided to use the moment to initiate a much needed conversation about race in dance.

While well received, their attempt to dismantle racism has not come without its bumps. “We’ve been around for two or three years,” Chan shares, “But it’s been really hard to get dancers of Asian descent to come out and say, ‘Yes, we need this’.” He recently realized why. “We don’t have a community.” Asian identity is not monolithic. Many dancers of Asian descent working in this country were trained and supported at their own national ballet schools and express little solidarity with each other. Chan’s response has been to release an ebook that documents what he is doing and to start building a community by interviewing 31 dancers from across the diaspora (videos of which can be seen on his YouTube page.

These Asian Pacific American Heritage Month interviews revealed a rich tapestry of experience as well as an understanding that some dancers are more aware of the challenges that they face than others. Those challenges have become more intense in the wake of coronavirus-fueled racism against Asian descended people. Chan shared that he has been spat on while walking home. Rather than bow to the racism he has kept marching forward in tandem with the current protests against police brutality.

These Black Lives Matter protests intersect with Chan’s belief in that even though they focus on a specific community, they are for the benefit of all people. While speaking about the protests, Chan expressed solidarity by explaining that “We have to acknowledge that any progress that Asians have made in terms of civil rights has been impacted by strides made by the Black community.”

Chan’s work with Pazcoguin is starting to receive greater recognition. After a recent presentation, he was even approached by the former NYTimes dance writer Alastair Macaulay who congratulated him and asked, “What are you going to do about ‘Arabian’?” “Arabian” is another culturally inaccurate and offensive dance in The Nutcracker. After explaining that he focuses on Chinese portrayals in dance because he can only speak from his own perspective, Chan pointed out that “after hearing us talk about this for an hour, you become part of the solution. So what are you going to do about ‘Arabian’?”

That is what Chan hopes anyone who sees offensive caricatures in dance ask themselves in the future. 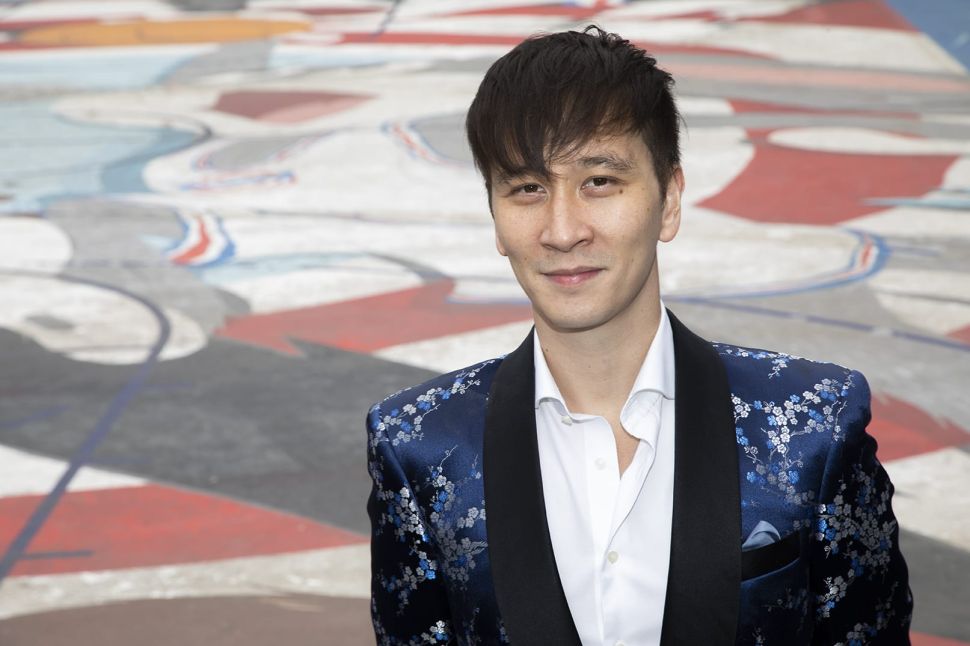