The Duke and Duchess of Sussex are increasing their personal security team in a big way. Prince Harry and Meghan Markle, who moved to Los Angeles in March shortly before they officially stepped down from their royal roles, hired a new celeb-approved security firm for protection, likely due to the aggressive paparazzi tactics they’re experiencing on the West Coast.

Prince Harry and Meghan have reportedly hired an approximately $8,700-a-day private security firm, per the Daily Mail. The Sussexes, who are living at Tyler’s Perry’s Beverly Hills mansion with their son, Archie, have been dealing with a serious privacy breach as of late, as paparazzi have been illegally flying drones within just 20 feet of their home in order to try and snap photos of the family of three. They’ve reported at least five incidents to the LAPD.

SEE ALSO: Prince Harry and Meghan Have a Serious Drone Issue at Their Beverly Hills Home

The firm is the same one used by big names like Jeff Bezos and Tom Hanks, per the Daily Mail. It appears the Sussexes are also being protected by Perry’s private security team at the Beverly Hills home, as according to Page Six, the Sussexes officially hired Perry’s security detail after the aforementioned drone incidents. It’s not clear if the teams are from the same firm.

There has been plenty of speculation regarding the status of the Sussexes’ personal security now that they’ve exited royal life. When Prince Harry and Meghan temporarily relocated to Canada, a Commonwealth country, earlier this year, their security was still being paid for by for, as Canada worked with the U.K. to assist with security arrangements for a few months. After the Sussexes officially transitioned out of their royal roles, their security became a private matter and as such, is no longer funded by any government.

There were reports that Prince Charles agreed to foot the bill for Prince Harry and Meghan’s security, but per the Daily Beast, the Duke and Duchess of Sussex are personally paying for their security team.

Prince Harry and Meghan already started upping the security at their temporary Beverly Hills home last month, as they erected new screens around the house to prevent any passersby on the nearby hiking trails from being able to peek inside the property and get a glimpse of the family. Now that the paparazzi-operated drones are becoming a serious issue, it seems likely the Sussexes will continue to amplify their security and privacy measures. 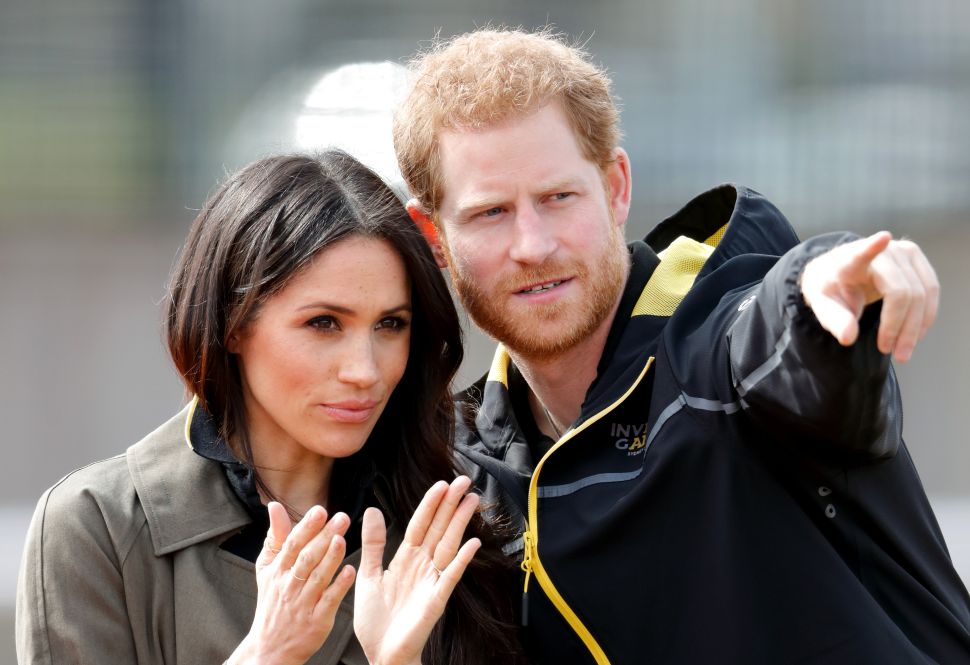