The Duke and Duchess of Sussex are taking the next steps towards their post-royal public life. Prince Harry and Meghan Markle officially stepped down from their regal roles at the end of March, and they’ve been busy laying out the groundwork for their new philanthropic foundation, Archewell, but decided to put a pause on any official launches due to the coronavirus pandemic.

Prince Harry and Meghan, who are settling into their new life in Los Angeles with their son, Archie, have mostly stayed out of the spotlight in terms of any public engagements ever since they relocated from the U.K., but it’s looking like that could change very soon. The Sussexes have reportedly signed with the prestigious Harry Walker Agency, according to the Los Angeles Times, to handle upcoming speaking engagements.

SEE ALSO: Kate Middleton Has Lots to Celebrate This Week

The Harry Walker Agency will take care of finding and filtering the right kind of speaking ops for the Sussexes; Prince Harry and Meghan plan to focus on important social issues, including racial justice, gender equality, environmentalism and mental health. The Sussexes previously advocated for many of these issues through their royal patronages.

The Sussexes are in good company at Harry Walker; other clients at the agency include none other than Barack and Michelle Obama, Bill and Hillary Clinton as well as Oprah Winfrey and Jane Goodall.

Prince Harry and Meghan will speak at “moderated discussions and keynote speeches with trade associations, corporations and community forums.” They’ll also likely begin to promote Archewell and its charitable initiatives.

Ever since Prince Harry and Meghan announced their plans to step back from the royal family and become financially independent, there have been questions about how, exactly, they intended to earn an income. Paid speaking engagements were expected to be a big part of their income, so this isn’t too surprising, as these types of speaking appearances come with a hefty price tag, depending on the speaker. Just for context, Prince Harry reportedly netted over $500,000 for his speech at a J.P. Morgan event earlier this year.

It’s not clear when Prince Harry and Meghan’s next official speaking engagement will take place, but it could be very soon—the Sussexes are reportedly planning on making their return to public life in the very near future. 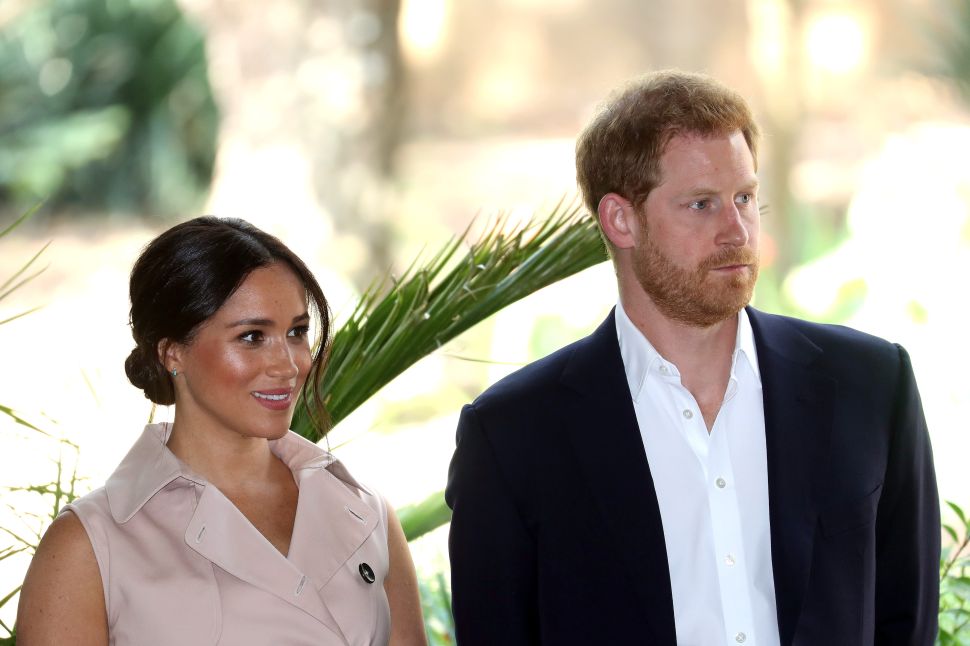