The British royal family has adapted their schedule due to the coronavirus pandemic, and canceled a number of major events and festivities, including Princess Beatrice’s wedding, the Queen’s yearly garden parties as well as the usual Changing of the Guard ceremonies.

Queen Elizabeth’s birthday festivities were also impacted, including the annual Trooping the Colour parade in London. Trooping the Colour is an annual event honoring Queen Elizabeth’s “official” birthday in June, and includes a huge parade with hundred of soldiers, as well as the entire royal family gathering together to watch the flypast by The Royal Air Force and The Red Arrows on the Buckingham Palace balcony. Massive crowds usually come out for the event.

SEE ALSO: Prince William Wants Prince Harry and Meghan to Consider a Move Away From L.A.

“There will be a small, brief military ceremony at Windsor Castle to mark The Queen’s official birthday,” a Buckingham Palace spokesperson told People.

It’s not clear if any members of the royal family will be able to join the monarch for Trooping the Colour, as they’ve all been isolating separately amid the COVID-19 crisis. Prince William and Kate Middleton have been in residence at their Sandringham country home, Anmer Hall, with Prince George, Princess Charlotte and Prince Louis, while Prince Charles (who is now recovered from coronavirus after testing positive in March) and Camilla Parker-Bowles have been at their home in the Scottish Highlands, Birkhall. Prince Harry and Meghan Markle, who stepped down as senior members of the royal family at the end of March, are living across the pond in Los Angeles.

Trooping the Colour has marked the official birthday of the British monarch for over 250 years, and always takes place in June, no matter when the King or Queen’s actual birthday is. That usually means double the birthday celebrations for Queen Elizabeth, who was born on April 21. Queen Elizabeth’s birthday is traditionally honored with several gun salutes in London, but they were canceled to the coronavirus. Instead, Queen Elizabeth, who typically spends the day privately anyway, celebrated with birthday wishes from her family via Zoom. 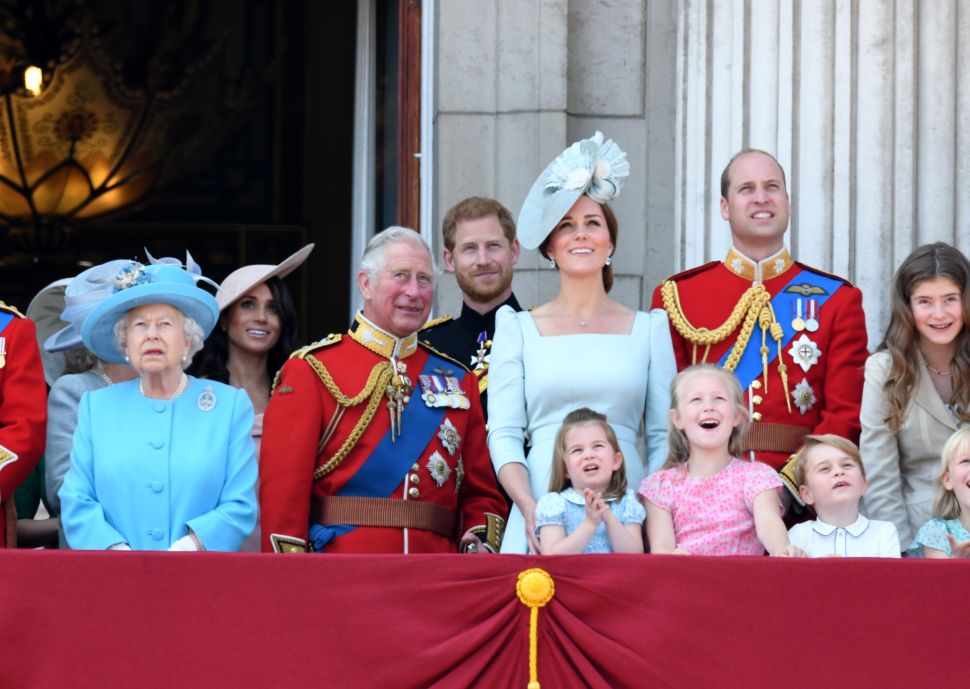