While auction houses around the world will continue to hold sales online for the foreseeable future, Sotheby’s in London is making big comeback with its first live event since the beginning of the coronavirus closures. On July 28, the house will present a cross-category evening sale that will culminate with the auction of Self-portrait, wearing a ruff and black hat by Rembrandt, one of the only self-portraits by the artist not yet in the collection of a museum. The painting, which dates to around 1632, a time wherein Rembrandt was enjoying the first flush of commercial success in Amsterdam, is a remarkable example of the painter’s analytical eye.

When assessing themselves visually, most people would feel compelled to embellish or flatter themselves. This is not Rembrandt’s way: instead, the artist creates a visage that swells with a very human blush and which is decorated only with a sparse beard and thin eyebrows. His painted image of himself is clothed magnificently, however, in a lush collar and sumptuous black jacket. The painting will be up for sale on July 28 in London, and it will almost surely go for upwards of $15 million when it’s eventually purchased.

“Rembrandt’s face is instantly recognizable to us at every stage of his adulthood—far more so than any other painter,” George Gordon of Sotheby’s said in a statement. “In each self-portrait he reveals as much of himself as he chooses to, but always in his unique fluency in the handling of paint. We know that this painting was created in a remarkably short period of time, because he laid in the background first, but when he signed it upon completion, the background was still wet, so the signature is impressed into it by his brush.”

A piercingly honest artistic vision of the self from a painter at the top of his game: what could get any better than that?

New on the Block looks at the most notable or unusual items to go up for auction each week. This is the first edition. 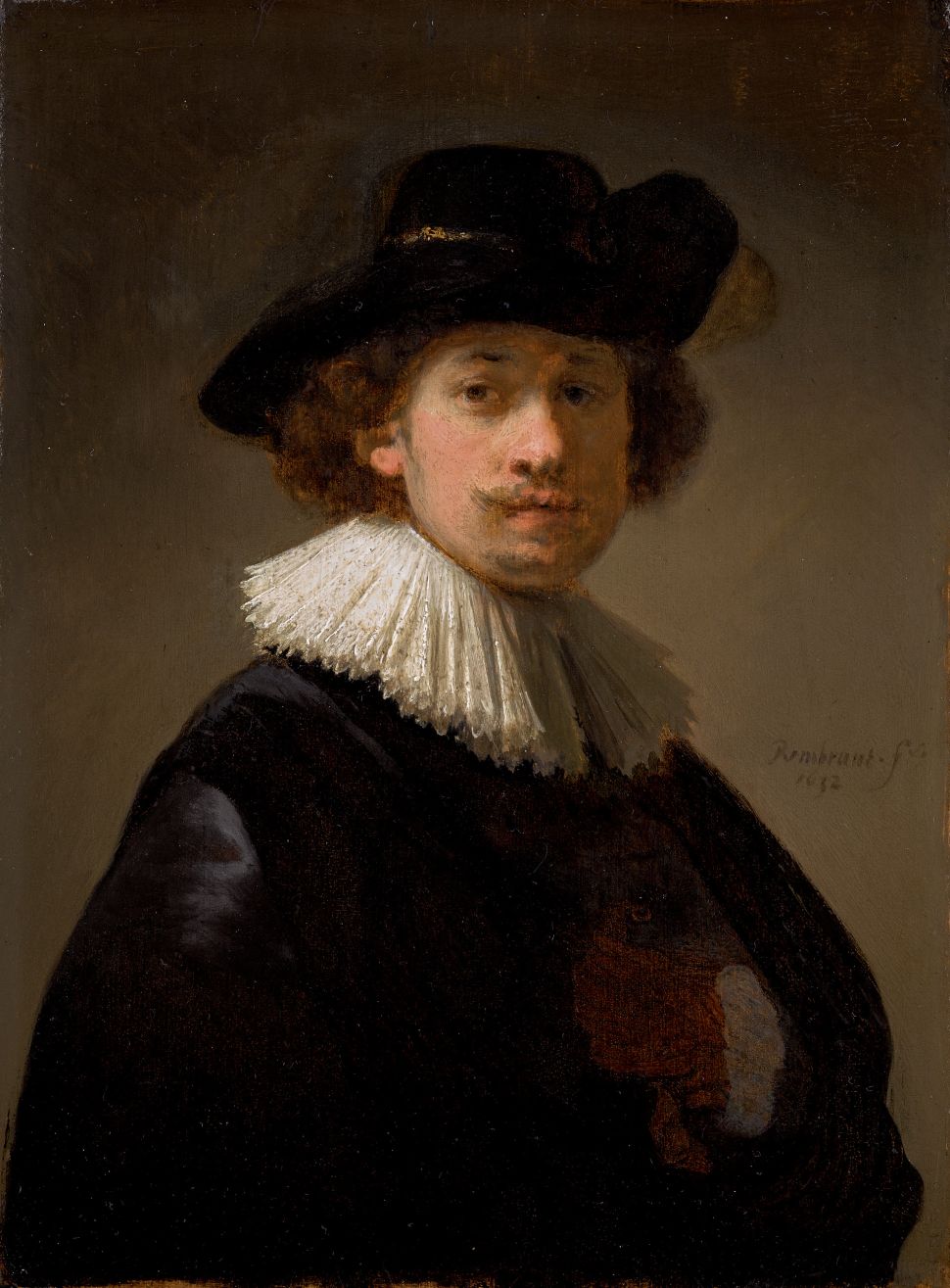