This post contains spoilers through the Season 4 finale of Rick and Morty.

Rick and Morty is many things: a hilarious riff on the Doc and Marty relationship from Back to the Future, an endless supply of pop-culture references, parodies and meta-commentary and also a pretty violent, gory, shocking and entertaining action show. The trouble is that, despite being billed as a deconstruction of both genre tropes and the jaded genius archetype, since its debut in 2013, the show seemed to always side with the character it pretended to critique: Rick Sanchez.

For four seasons now, Rick and Morty has painted Rick as not only the smartest, but the most dangerous and uncaring creature in the multiverse, a grandpa who could get away with anything, but whose actions were driven by relentless selfishness. Rick may be a terrible person, but he gets away with it by always being right while everyone else is wrong. Because of this, it’s harder to consider him the bad guy than other anti-hero shows such as Breaking Bad or The Sopranos. The problem came when a toxic part of the show’s fandom used the portrayal of Rick to take his “teachings” to heart, resulting in harassment targeting the show’s female writers, and the whole Szechuan sauce disaster.

Indeed, both co-creator Dan Harmon, and Adult Swim’s vice president Jason DeMarco have addressed the toxicity in the fandom. But it took Season 4 for the show itself to finally address these concerns and all but directly tell those fans that they’re watching the wrong show, as Rick and Morty finally gave Rick what he deserved.

SEE ALSO: Why Neo and Trinity Are Back for ‘The Matrix 4’

Rick and Morty is, by and large, a sitcom. As such it mostly resets whatever changes the characters go through in a season by the start of the next one. We’ve seen Rick on the verge of suicide before, only to seemingly act like that never happened. Morty had to bury the corpse of an alternate reality version of himself in Season 1, yet that has barely been brought up in the ensuing years. However, Season 4 took the time to add subtle, yet significant changes to the status quo.

After a big fight with Beth last season, the first episode of Season 4, “Edge of Tomorty: Rick Die Rickpeat,” starts with Rick having to ask Morty for permission before going on an adventure. “There’s a way we do this now,” Morty’s mom Beth tells her father, and he complies. Later in the season, Beth forces Rick to fulfill a promise to Morty and give him a dragon. Each of these times, Rick is clearly angry, but he agrees because, for the first time in the show’s history, he can lose the family he always thought was under his thumb. It’s entirely possible that next season will erase everything that happened in the past 10 episodes, but for at least one season, it seemed like Rick and Morty was interested in showing—once and for all—that being a self-righteous jerk does have consequences, and not even Rick can fix all of his problems.

At the same time, this change in formula also allowed the show to directly address its toxic fans by showing them the foolishness of thinking Rick is a character worth idolizing. In “Edge of Tomorty” we see Rick dying and being reborn in different fascist realities, which apparently have become the default ideology in the multiverse. When one of these fascist versions of Morty kills fascist Rick for being “too political,” he says he wants to go back to “simple, fun, classic adventures” like in the old days—one of the criticisms the toxic parts of the fandom have used against the show. Later in the season, in “One Crew over the Crewcoo’s Morty,” Rick and Morty go to a heist convention where Rick goes to great lengths to belittle every heist fan walking around the convention center. While walking around the not-so-subtle stand-in for San Diego Comic-Con, Rick continuously mocks both heists as a concept, and everyone who considers themselves a fan. If you’re not able to see why Rick is a bad person, the show seems to argue, we’re going to write scenes where this character explains how little he cares about you.

This brings us to “Star Mort Rickturn of the Jerri,” the season finale which resolved the matter of whether or not Beth is a clone—by not really giving us an answer. Instead, we meet the other Beth, which has been living as a freedom fighter in space and brings the power of the New Federation to Earth. Season 4 has reminded us over and over that Rick is a bad person, and that Beth wants nothing more than his approval, and it all comes to a head in the finale. Both Beths are horrified that their father would clone them, and that he keeps lying about who is the real Beth. After fighting returning characters like Tammy and Bird (I mean, Phoenix) Person, both Beths realize that they need to stop craving Rick’s approval above everything else, since it brings them nothing but pain and troubles. By the end of the episode, they solve their differences and agree to be a part of each other’s lives, but they also immediately shut Rick down when he offers them an answer as to which Beth is the real one and who is a clone.

For the first time in four seasons, someone doesn’t need Rick to be around. Rick is dumbfounded at this. He was ready to play hero again and offer his daughters something they wanted in exchange for their loyalty and love but is instead left alone and unneeded. As for Morty and Summer? They also put their differences aside off-screen, going from “siblings, to invisible, to working together” and tell Rick “don’t drag us into your bullshit just because you’re losing control.” Rick has nothing to offer that the other characters need, nor any love from them. 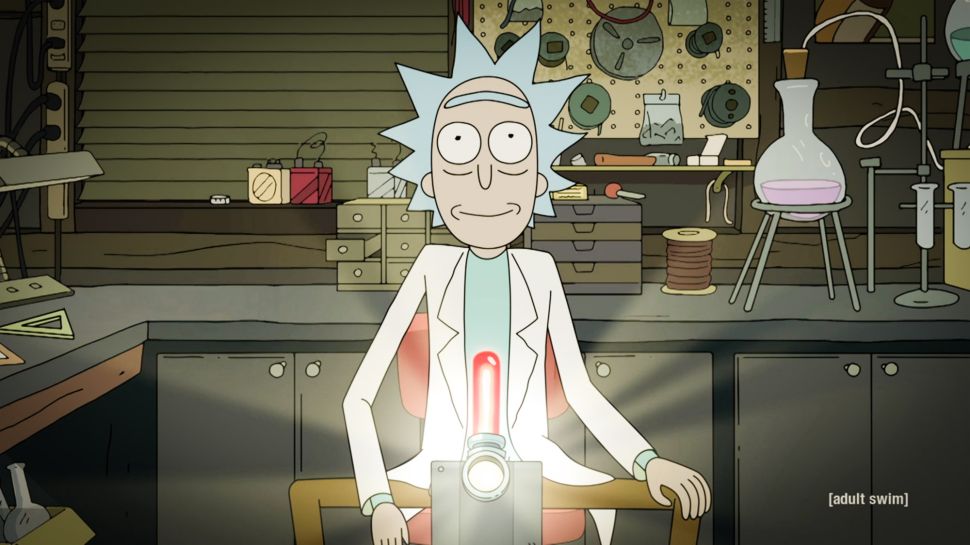