During the global reckoning that’s resulted in racist and colonialist statues being taken down all over the world, there’s been an encouraging amount of consciousness-raising as people have begun to look around themselves and notice monuments to damaging belief systems that perhaps they haven’t seen before. On Sunday, New York City Mayor Bill de Blasio said that the American Museum of Natural History will remove a statue of Theodore Roosevelt from its entrance after years of criticism about the statue’s symbolic affirmation of colonialist and racist ideas. Predictably, President Trump shot out a tweet to voice his opposition to the plan.

Ridiculous, don’t do it! https://t.co/VYez8p9AJh

“The American Museum of Natural History has asked to remove the Theodore Roosevelt statue because it explicitly depicts Black and Indigenous people as subjugated and racially inferior,” de Blasio said in a written statement on Sunday. “The City supports the Museum’s request. It is the right decision and the right time to remove this problematic statue.” The statue in question, Equestrian Statue of Theodore Roosevelt, was commissioned in the 1930s by the Roosevelt Memorial Association and sculpted by the artist James Earle Fraser.

The statue renders Theodore Roosevelt astride a horse in order to represent his patriarchal and imperialist authority, and he’s flanked on either side by an “American Indian” and “African” guide, both of whom are carrying Roosevelt’s rifles as if they were his manservants. In recent years, there’s been an increasing amount of pushback swirling around the statue. In 2016, the organization Decolonize This Place temporarily shrouded the statue in gray fabric during an Anti-Columbus Day protest, and in 2017, the group Monument Removal Brigade splashed red liquid on the statue. “Now the statue is bleeding,” the Monument Removal Brigade said in a statement at the time. “We did not make it bleed. It is bloody at its very foundation.”

In an interview with the New York Times, the museum’s president, Ellen Futter, clarified that the decision to remove the statue was based on its content and composition, but not a reflection on Roosevelt. One of Roosevelt’s great-grandsons, Theodore Roosevelt IV, told the Times that he was in favor of the decision.

These protests show that the Mayor’s agreement to remove the statue has come only after repeated activist demands for the statue’s removal; demands that have accumulated and intensified over time. For generations, children have looked up at the statue on the way into the Natural History Museum and subconsciously internalized toxic ideas about how the world should work. The statue’s removal indicates that the world can change. 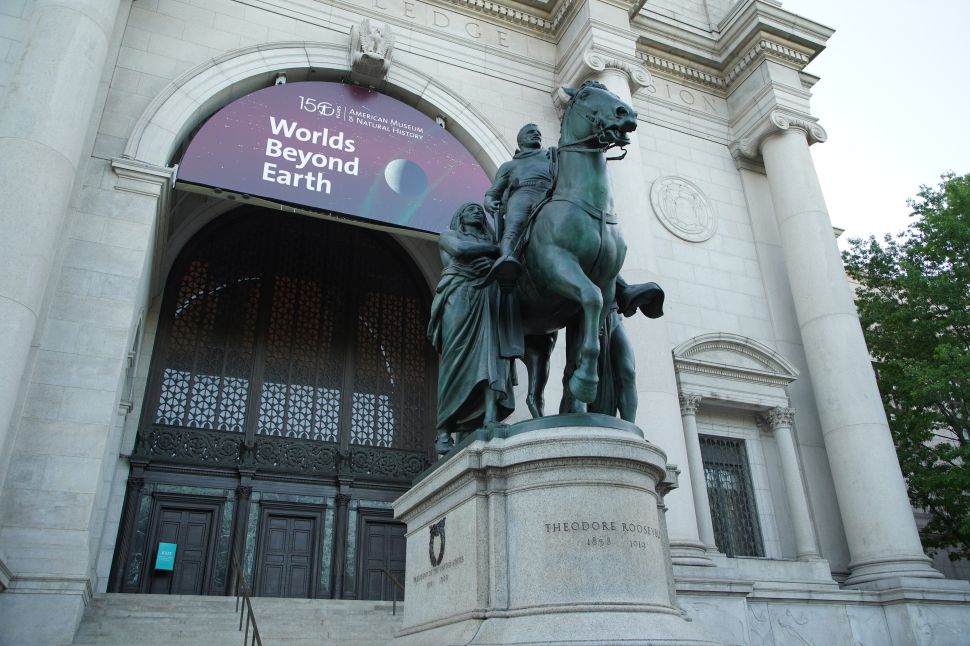