As depicted in Shirley, the late horror and mystery writer Shirley Jackson was every bit as frightening as one of her stories. This was especially true if you happened to be a dean’s wife who had invited her to a faculty party and had the misfortune of her RSVPing in the affirmative. At such a Scotch-fueled, wood-paneled function, the author of The Haunting of Hill House was as likely to pin you with a withering bon mot like, “What a lovely insouciant tone you have,” as she was to dump a bottle of merlot on your settee.

The film’s Shirley is the creation of director Josephine Decker (2018’s Madeline’s Madeline); actor Elisabeth Moss, who has made outsized figures of wound and rage her brand; and literary mythology—as captured by Sarah Gubbins’ screenplay adapted from the novel by Susan Scarf Merrell.

She is exhausted and exhausting, both to those in her orbit and occasionally to the audience of the movie. Wielding her ever-present cigarette with a scowling disregard reminiscent of Keith Richards, she fires off lines about writing and domesticity as if they were rounds from a howitzer. Whether requesting an egg salad sandwich or berating the poor fool who dares to inquire about the progress on her latest novel, Moss delivers her ripostes with the same furious authority with which Samuel L. Jackson once demanded that MFing snakes get off of his MFing plane.

Decker places this font of creativity and self-implosion into the miasma of booze, eroticism and tenure negotiations that characterized New England academic life in the mid-1960s. Shirley’s opposite number, every bit the force of nature that she is but more able to meet the demands of social normalcy, is her philandering husband Stanley Hymen, played by Michael Stuhlbarg, who does a baroque variation on the professor-on-the-verge-of-a-nervous-breakdown character at which the A Serious Man star has become something of a specialist.

The pair are incredibly well-matched, the actors so finely attuned to each other’s rhythms and subtleties, that being in their company feels bracing and thrilling all at once; you find yourself drawn to their flame while also checking their old house for fire exits. Add to that the meticulous way that Decker evokes their world, using a probing camera, pulsing sound design and a psychologically attuned cello-based score by the Brooklyn-based musician Tamar-Kali, and Shirley feels less like a standard-issue biopic than a fully immersive experience. It’s almost as if Who’s Afraid of Virginia Wolf? had been a ride at Universal Studios.

You get a real sense of how profoundly intimidating it must have been to be in the presence of these two, so much so that it begins to serve the film’s detriment.

The central story is about two young newlyweds, Fred and Rose Nemser, who come to live with Jackson and Hyman to serve as mentees and also help with the housework. Played by Logan Lerman (who covered similar territory in James Schamus’ criminally under-viewed Philip Roth adaptation Indignation) and Australian actor Odessa Young, the pair are simply no match for the opposite numbers. At times the film can feel like watching a chess match where one side is all queens and the other nothing but pawns.

There is an immediacy to the film so rare in period biopics and such a tactile physicality to its intellectual gymnastics. By the time Shirley draws to a close, you end up feeling pleasingly spent, like you just stayed up all night drinking a bottle of Canadian Club while discussing literary theory with a dear old confidant you hadn’t seen in years. Some friends just tire you out like that, and they are almost always the best kind. 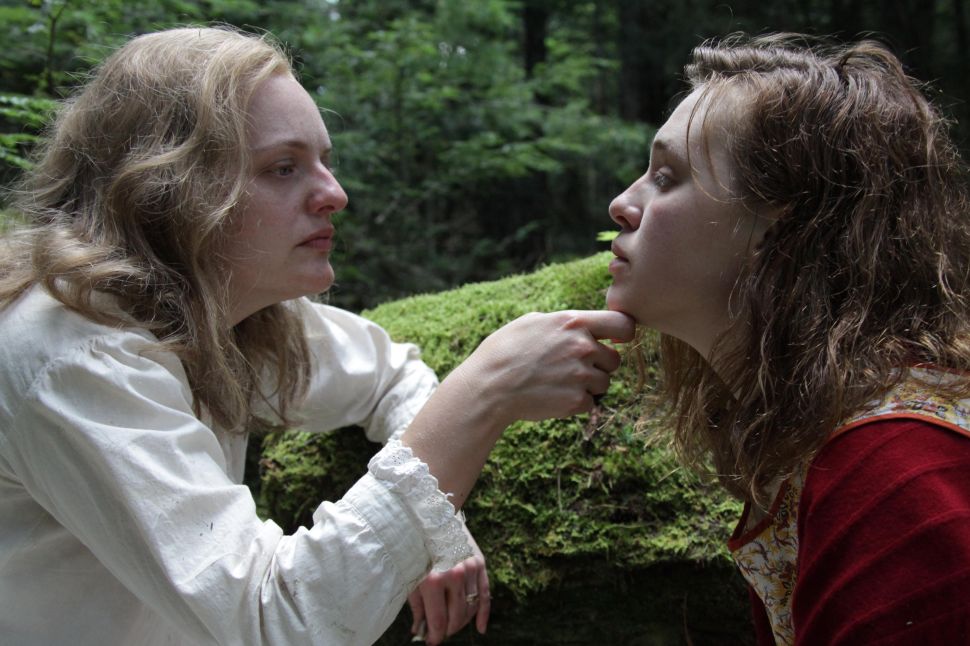