Ask theater insiders what plays we need when stages reopen, and some will say plays by living and neglected Black writers. Others clamor for a return to ancient Greek or non-Western ritual. Still another party demands hard-hitting social-justice drama. To every camp I answer: Amen! Can we also reserve a spot for Molière? I know he’s another dead, white European, but the iconic French farceur nailed our times more than 350 years ago. Tartuffe, his oft-produced satire on hypocritical, faux-religious bigotry seems like a headline-chasing commission. See for yourself: An amusing and resourceful livestream of Tartuffe presented by Molière in the Park can be viewed on YouTube through Wednesday, July 1 at 2 p.m. To be fair, fake piety that hides lust and the stupidity of the rich have been evergreen topics since Republican Jesus rode his brontosaurus to the megachurch, but Molière has a way of skewering his subjects while rendering them human in a way that transcends cheap social mockery.

Despite the odd blip in sound or pause for technical difficulties, the Zoom-mediated performance, directed by Lucie Tiberghien, is spirited, lively, and spoken with excellent clarity and drive by an appealing cast. The ensemble, freed from the need to enact slapstick or project to hundreds of spectators, focuses on what matters: the joy of Richard Wilbur’s still-fresh 1963 translation, which transforms Molière’s 12-beat Alexandrine French into rhyme-drunk couplets in iambic pentameter. Lovers of Seuss, Sondheim and Hamilton will find plenty of ear candy.

Heading up the cast are Samira Wiley (The Handmaid’s Tale) as Orgon, a wealthy gentleman who falls under the spell of Tartuffe, played with screen-chewing abandon by Raúl E. Esparza. Handsomer than any Tartuffe has a right to be, the Broadway veteran crafts a loose and daffy persona out of bits of Gene Wilder, Bugs Bunny and Zach Galifianakis—veering from pompous prelate to mopey douche in seconds. In what is usually the play’s funniest scene—Tartuffe thinks he’s finally getting to sleep with Orgon’s wife, Elmire (Toccarra Cash), but it’s a trap—a sex-crazed Esparza practically French kisses his laptop (which is not, I should point out, covered by Apple Care). Wiley makes a fine, dapper foil for Tartuffe’s excesses, gracefully charting how Orgon’s blissed-out gullibility crumbles into humiliated outrage.

Production designer Kris Stone’s virtual unit set is bare bones. We see what looks like the interior of a castle furnished with modern couches and tables. For some reason, I kept thinking of the lobby of an Eastern European hotel. When a character hides under a table or behind an arras to eavesdrop on a conversation, their Zoom window is migrated under the relevant piece of virtual furniture. Even if the design seemed static or left me confused (a scene change accompanied by animated twirling citrus fruit?) the medium is suited to absorbing Molière, putting the emphasis on diction and vocal rhythm, not directorial concept or stage business.

Truth is, the best Tartuffe I’ve seen was also on TV: a BBC broadcast of the Royal Shakespeare Company’s 1983 version starring a young, sleazily menacing Antony Sher. That prose translation is by Christopher Hampton, directly preceding his hit adaptation of Les Liaisons Dangereuses, another Gallic classic. Played in period, the superb cast includes Nigel Hawthorne as the duped Orgon and Alison Steadman as a witty Elmire. (Given the differences between the two in terms of budget and actors, I won’t compare them—but it’s worth a watch.)

Even if you’re weary of truth-averse con men who can’t hold a Bible right—as one character fumes, “Good God! Do you expect me to submit / To the tyranny of that carping hypocrite?”—political satire can be surprisingly delightful when it rhymes. 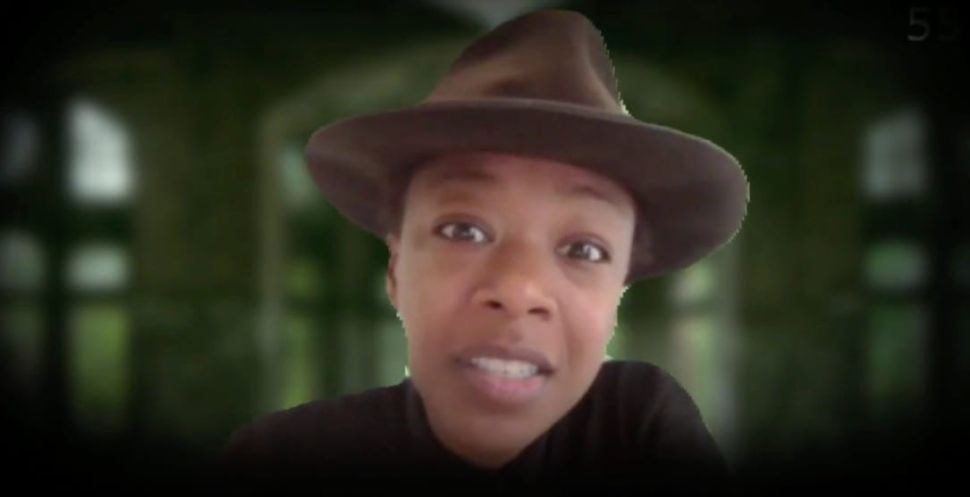