On Thursday, Warner Bros. made it official: Christopher Nolan’s Tenet has again been delayed two weeks until August 12. Meanwhile, Disney is expected to push back Mulan (July 24) while WB is also rumored to be considering a delay until of Wonder Woman 1984 (October 2) until next summer. While major movie theater chains such as AMC, Regal and Cinemark were meant to launch phased openings in the coming days, the lack of fresh blockbusters to attract audiences and the spike in new COVID cases has put those plans in serious doubt. In short, the coronavirus pandemic has laid waste to theatrical moviegoing in unprecedented fashion.

As studios have attempted to wait out COVID-19 while still generating revenue, some films have been rerouted from theatrical to at-home platforms. Universal, having already spent the majority of the marketing budget by the time theaters closed in March, pushed forward with Trolls World Tour on premium on demand. Exact figures are unknown, but it is believed that the studio made out fairly well. Paramount moved romantic comedy The Lovebirds from a theatrical release to Netflix, bringing in some much-needed licensing revenue. But no studio has yet to make a true blockbuster available via PVOD or streaming. The economics of such a move don’t make sense, but will there come a point when cash-strapped studios are forced to take this plunge?

“I’m willing to bet, from what I’ve seen and heard, as many as 75% of the standard audience will stay away from movie theaters if they try to reopen in July or August,” Jeff Bock, senior box office analyst at Exhibitor Relations, told Observer. “That’s a number that studios will absolutely not be comfortable with. And the only thing studios can do right now is lean on PVOD. They have mouths to feed too, and there is a goldmine of an opportunity waiting for the first two or three Hollywood blockbusters that release digitally at this time where the audience is looking more and more captive by the hour.”

SEE ALSO: Henry Cavill Wants to Keep Being Superman in the Snyder Cut and Beyond

Bock acknowledges that the cinematic ecosystem will likely never be as friendly to at-home viewing as it is now. But, given the circumstances, he argues that a day and date release on PVOD and drive-in theaters over the next few months could work for films such as A Quiet Place Part II, Mulan, Candyman, The Conjuring 3, Snake Eyes and possibly Wonder Woman 1984.

Typically, a studio keeps 50 percent of domestic ticket sales and 25 percent overseas, with the rest going to movie theaters. But, it was reported that Universal received 80 percent of PVOD revenue generated by Trolls World Tour. Some around the industry believe that a bigger piece of a smaller pie might offset the revenue that is potentially sacrificed with an at-home release. Shawn Robbins, chief analyst at Box Office Pro, isn’t as strong of a believer in this model.

“PVOD and streaming aren’t as directly competitive to theatrical releases as has been made out to be,” Robbins told Observer. “There’s minimal proven overlap, and the lack of available data for recent PVOD releases doesn’t inspire confidence in the platform’s ability to prove anywhere near as successful for major releases as the theatrical market always has and will again. With the promise of the business eventually returning to normalcy in the relatively near future, studios are withholding the vast majority of their releases for the big screen, not the small screen.”

That doesn’t mean occasional titles won’t opt for PVOD or streaming, Robbins explained, but they have been and will be exceptions to the rule with unique circumstances, not a revolution of the industry’s proven business model.

As of right now, studios continue to plan long-term under the assumption that this is a short-term crisis. Even the talent never expected the coronavirus to stretch this long. But without a vaccine, it’s unknown if audiences will return to theaters en masse.

Exhibitors are instituting new health and safety measures such as reduced capacity and social distancing, but will keep films in rotation for longer to try and offset the loss in ticket sales. That’s a massive financial gamble for a studio to take given the overwhelming uncertainty. We’re still no closer to theaters safely reopening for films such as No Time to Die in November, let alone Tenet in August. The truth is that no one in the film industry is quite sure when theaters will properly reopen, when it will be safe to return, and when blockbusters can generate the type of box office return that guarantees a profit.

“Unusual times, tough choices,” Paul Dergarabedian, Comscore’s senior media analyst, told Observer. “This unprecedented and unpredictable marketplace has put a tremendous amount of pressure on the industry to constantly re-evaluate and re-assess what is the best strategy for their films and the many changes to the theatrical release calendar should come as no surprise to anyone given the daily evolution of the effect of the pandemic.”

So, will we ever see a blockbuster movie hit PVOD or streaming? The answer, like every other pandemic-related question facing the film industry, is a big shrug. 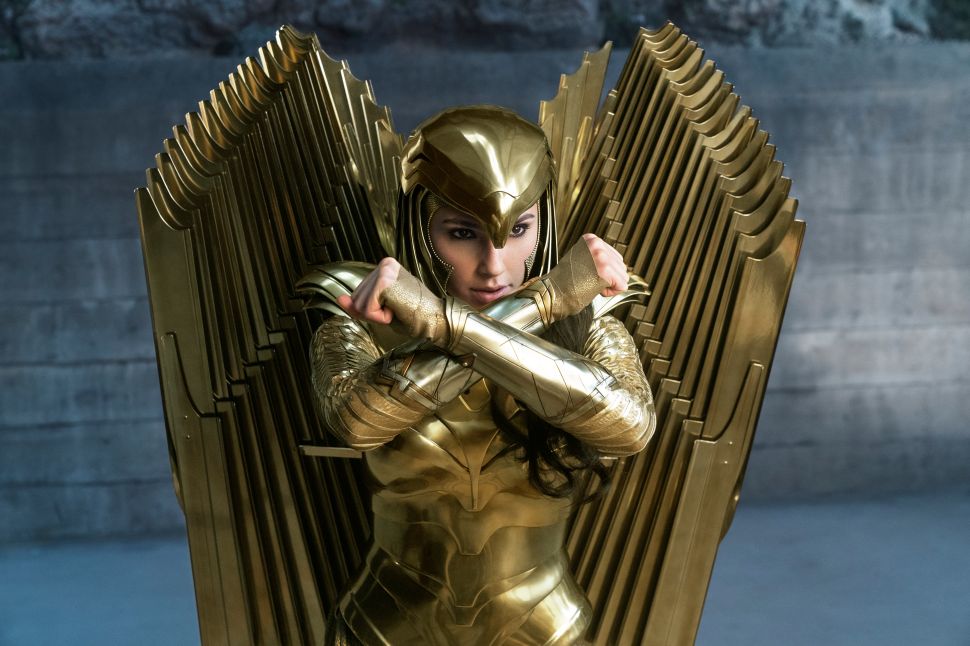