This year could have been a monumental season of top-notch blockbusters. Instead, the coronavirus pandemic has all but wiped out the major moviegoing months. This includes June, when Tom Cruise’s Top Gun: Maverick was originally set to swoop into theaters this weekend, 34 years after the 1986 original transformed Cruise into a bankable Hollywood action star.

That’s become a trend in the film industry over the last decade. Prequels, sequels and reboots are still all the rage. But legacy sequels—long-awaited follow-ups to older films—are becoming Hollywood’s go-to move as the industry emphasizes pre-sold brands and intellectual property over newness. Legacy sequels, which typically follow the continuity of the original work but take place further along the timeline, offer the upside of reuniting with beloved characters but also the downside of potentially spoiling what has come before. So as we lament the long wait until Top Gun: Maverick finally arrives in December and meditate on the current state of Hollywood, here are six key Dos and Don’ts for legacy sequels.

Do: Nail the Casting

“Hey, Thor wasn’t a legacy sequel!” you shout at your computer screen as your grip on sanity slowly loosens in month three of quarantine. I’m well aware that at just 12 years old, the Marvel Cinematic Universe is still too young to have spawned any legacy sequels. But Marvel Cinematic Universe architect Kevin Feige and Thor filmmaker Kenneth Branagh agonized over the Thor and Loki casting decisions for months because they knew that if all went right, these characters would be present for years to come (and now will undoubtedly return in some form 20 years from now for a reunion movie).

As Branagh remembers it: “Kevin said, ‘We’ll never make a more important decision in this company than what’s happening in this room, Saturday morning at 10:30, when you pick up the phone to Chris Hemsworth and then Tom Hiddleston. It’s either going to work or it’s not. Good luck.’”

Casting is crucial to connecting with your audience, forming an emotional bond, and enabling characters to endure throughout the years. There is no legacy sequel without character and story that moviegoers enjoy enough to reunite with them. To do that, you have to get the right performer not just for the movie that premieres one or two years from now, but 12 or more years from now.

Since James Cameron’s Terminator 2: Judgment Day wowed audiences in 1991, there have been four attempts to recreate the magic of his first two films. All four have failed. The truth is that the Terminator brand just isn’t a blockbuster moneymaker any longer, even with Cameron returning to produce November’s Dark Fate (one of the worst box office bombs of the year).

Each successive attempt strayed further from the pared down brilliance of the originals, which were propelled by a stalking villain pulled straight out of a horror movie and plopped down into science-fiction. The first Terminator was a minimalist miracle, shot guerilla-style around Los Angeles on a shoestring budget, while T2 ramped up the white-knuckle action. Later sequels tried to emulate the noisy and crowded action of the Transformers franchise, becoming unrecognizable imitations in the process.

Legacy sequels can’t simply coast on the name power of their franchise; they need to understand what made the concept popular in the first place.

Do: Pass the Torch

“It’s true. All of it,” Han tells Rey in Star Wars: The Force Awakens, the sequel to Return of the Jedi 30 years in the making. “The Dark Side. The Jedi. They’re real.”

This very well might be the most important exchange in the entirety of the Star Wars sequel trilogy, providing both representative subtext and connective tissue between fanbases. Harrison Ford (who is the king of the legacy sequel across several franchises) returns as Han Solo, who represents traditional Star Wars fandom from the original trilogy. Rey (Daisy Ridley) and Finn (John Boyega) are stand-ins for the new generation of Star Wars fans who were raised on the prequels and cartoons. Han may be talking directly about Luke Skywalker and Darth Vader, but he’s also speaking to the greater phenomenon that was the original Star Wars movies and how that magic has carried over to a new era. His words build the bridge between them.

Legacy sequels must, of course, honor the past, but also chart its own path forward. That’s why Top Gun: Maverick is introducing Miles Teller as Goose’s son and Glen Powell as new pilot Hangman.

Honoring the past is important, but not at the expense of the present. I will always be a Superman Returns apologist/defender—it admirably tried to do something different, both succeeding and failing in that quest—but latching itself to Richard Donner and Christopher Reeve’s Superman franchise from the 1970s and ’80s was a mistake.

Superman Returns pays such great homage to the previous iteration to its own detriment, often becoming an outdated imitation rather than a tale suited for modern audiences. Its potential is capped by its own commitment to history, making it impossible to avoid direct comparisons to what came before. Legacy sequels need to find the balance between old and new in order to better reflect both the world it exists in and the world it once came from.

Do: Build on What Came Before

Ridley Scott’s DNA is present throughout Blade Runner 2049 in both visual flourishes and thematic motifs as the 2017 feature picks up several loose threads from its 1982 predecessor. But director Denis Villeneuve is one of the most talented filmmakers working today and brought a clear vision and point of view to the new film that enabled it to stand on its own. Both original Blade Runner fans and newcomers could claim 2049 as their own.

“We’ve just made the most expensive art house movie in cinema history,” Villeneuve told The Telegraph in 2018. It’s a visually stunning work of art, arresting in its aesthetic that is a bit more colorful than the grim darkness of the original. Even the storylines pick up from the original but head into new and unexpected directions. It all coalesces into a masterpiece that is both sequel and standalone. 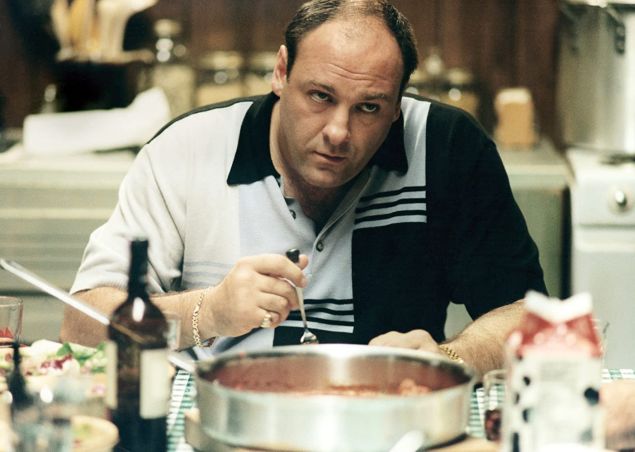 Don’t: Do Anything Unless There’s More Story to Tell

The Sopranos creator David Chase has penned the rare legacy prequel, The Many Saints of Newark, which takes a look at the formative years of everyone’s favorite gangster Tony Soprano. Too often we see Hollywood chase cash grabs that feel soulless and flavorless. But The Many Saints of Newark is an example of a creator returning to a rich well of story that still has something left to give.
Throughout the show’s run, Tony struggled with his own morality and happiness. A mobster in therapy trying to become a better person? It was revolutionary. While Tony ultimately decides to accept the darker elements of his personality and cease his self-betterment, that modicum of goodness was inside him at one point. To explore his younger years and see how this intelligent, charismatic, and perhaps once slightly ethical individual took such a dark turn is worthy of a continued story. (For another example, see the critically acclaimed Better Call Saul.)
Hollywood is often its own worst enemy and will plunge forward with an IP-based story regardless of whether or not there’s anything compelling on the page.