As the coronavirus pandemic swept through the nation starting in March, linear television consumption was up across the board. What else were folks going to do besides watch TV as they quarantined at home for weeks on end? Yet in the first week of June, slightly less than 20 percent of the population was watching traditional TV at any given time during the day, according to Nielsen data provided to The Hollywood Reporter. That marks the lowest level of linear TV viewership in three months and is indicative of a larger trend.

It’s no secret that linear TV ratings have been sinking over the last decade. The proliferation of streaming services has expedited the decline of pay-TV, with a record 6 million customers cutting the cord in 2019. As such, basic cable networks such as TNT, TBS, USA, and A+E are pivoting toward the more cost effective and stable viewership of unscripted television, a lane that has kept networks such as Bravo and TLC relatively healthy. The problem with this strategy, however, is that the pandemic has solidified streaming as a rising destination for unscripted fare such as reality television and docuseries.

Since stay-at-home orders were implemented in March, there’s been a massive surge in popularity for the unscripted genre. Reelgood, an extensive movie and TV U.S. search engine., collected data from 2 million-plus monthly active users to discover which streaming service has the most reality and docuseries content and which shows consumers have been devouring the most during quarantine. 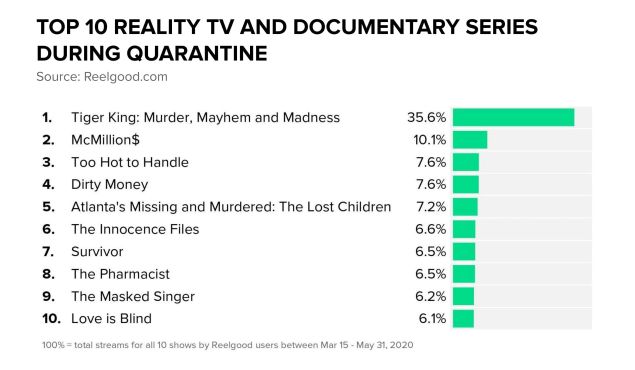 Among the top 10 reality TV and documentary series consumed during streaming, Netflix leads the way with six shows followed by HBO (two), CBS (one) and Fox (one). We can expect ESPN’s Michael Jordan documentary The Last Dance, which posted impressive linear ratings and global audience demand metrics, to make its way into the Top 10 once it’s made available on Netflix starting July 19. As of this writing, Netflix’s Top 10 currently features two unscripted series.

Unsurprisingly, Netflix’s Tiger King: Murder, Mayhem and Madness is the top unscripted series of quarantine following its sensational start in late March. According to a Google Trends analysis that spanned March to June, Tiger King was the most popular show across America, taking the top spot in nine states. But even though rival streamers largely failed to crack the list, they have been steadily building up large libraries of unscripted content. 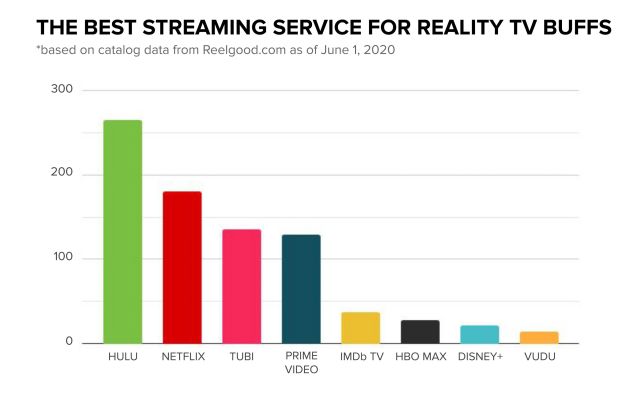 In terms of sheer volume of reality TV series, Netflix plays second fiddle to Hulu. The count, according to Reelgood, is as follows:

The count for docuseries is slightly different, putting Netflix back on top: 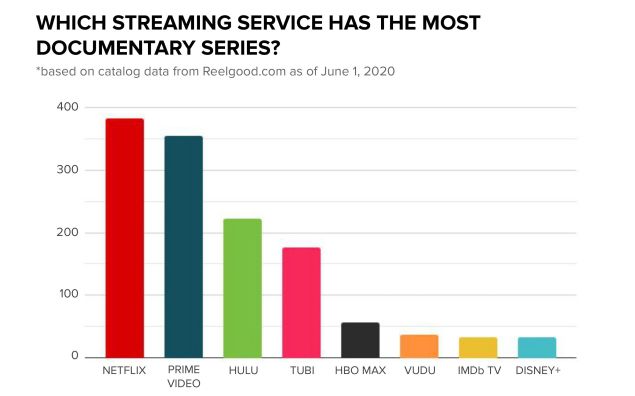 In both instances, Netflix and Hulu rank among the top three streaming destinations for volume of reality TV series and docuseries. Amazon Prime Video isn’t far behind while HBO Max and Disney+ are still in their infancy as streamers. Both platforms will see an infusion of fresh content in the months and years to come following the pandemic. 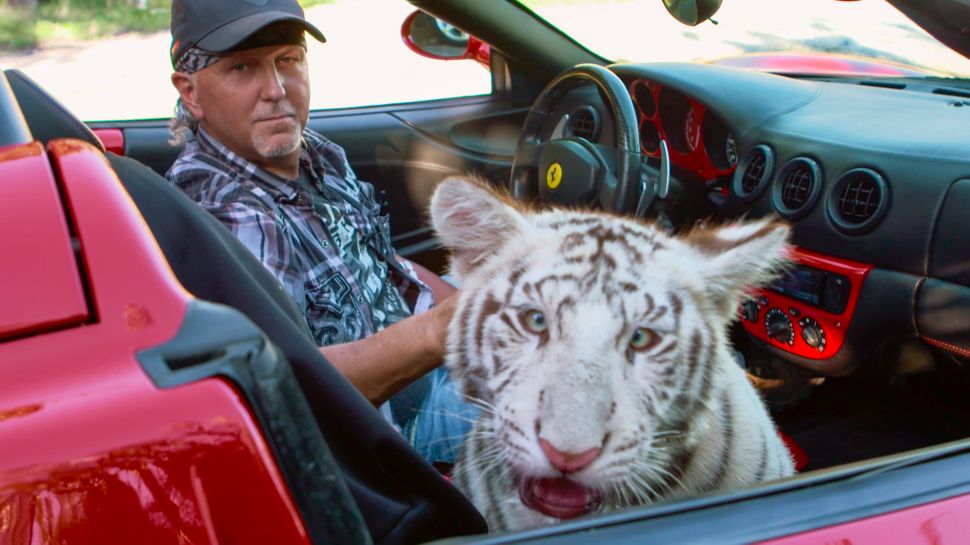