On Thursday, Time magazine revealed the cover for its June 15 edition, which features an image that speaks to the ongoing worldwide protests on behalf of Black lives by powerfully articulating the fear Black mothers feel for their children’s lives. The cover, which was created by the American painter Titus Kaphar, depicts a Black woman holding onto an empty space that’s shaped like a child. Within the magazine’s iconic red borders are the names of 35 Black men and women who’ve been murdered by the police or in other racist contexts, including  Freddie Gray, Trayvon Martin, Breonna Taylor, Sandra Bland and George Floyd. According to the magazine, this is the first instance that Time has altered the appearance of their red borders for a cover.

In an essay written for the magazine, Kaphar describes the emotional turmoil he poured into the creation of the cover image. “In her expression, I see the Black mothers who are unseen, and rendered helpless in this fury against their babies,” Kaphar writes. “As I listlessly wade through another cycle of violence against Black people, I paint a Black mother…eyes closed, furrowed brow, holding the contour of her loss. Is this what it means for us? Are black and loss analogous colors in America?”

This Time cover is cool and all, but why did you omit #TonyMcDade's name? @TIME please let us know. https://t.co/kdEmdMWWxv

On Twitter, the author and curator Kimberly Drew pointed out that in its list of names included in the cover image, Time had neglected to include the name of Tony McDade, a black trans man who was killed in Florida by a Tallahassee Police officer in May. A respondent to Drew’s tweet speculated that the omission had been made because McDade wasn’t a “perfect victim:” he had spent a decade in prison on weapons charges before his death.

With the rights and livelihoods of people of color at the forefront of global conversation, it’s distinctly important to parse through complicated issues such as the inclusion of McDade’s name on a magazine cover. This is because the mainstream media has the power to simultaneously elevate and diminish the lived experiences of Black people based on nuances surrounding what publications do or do not address. Nevertheless, Kaphar’s cover is sorrowful and poignant and a graceful representation of the void of loss that defines so many American lives. 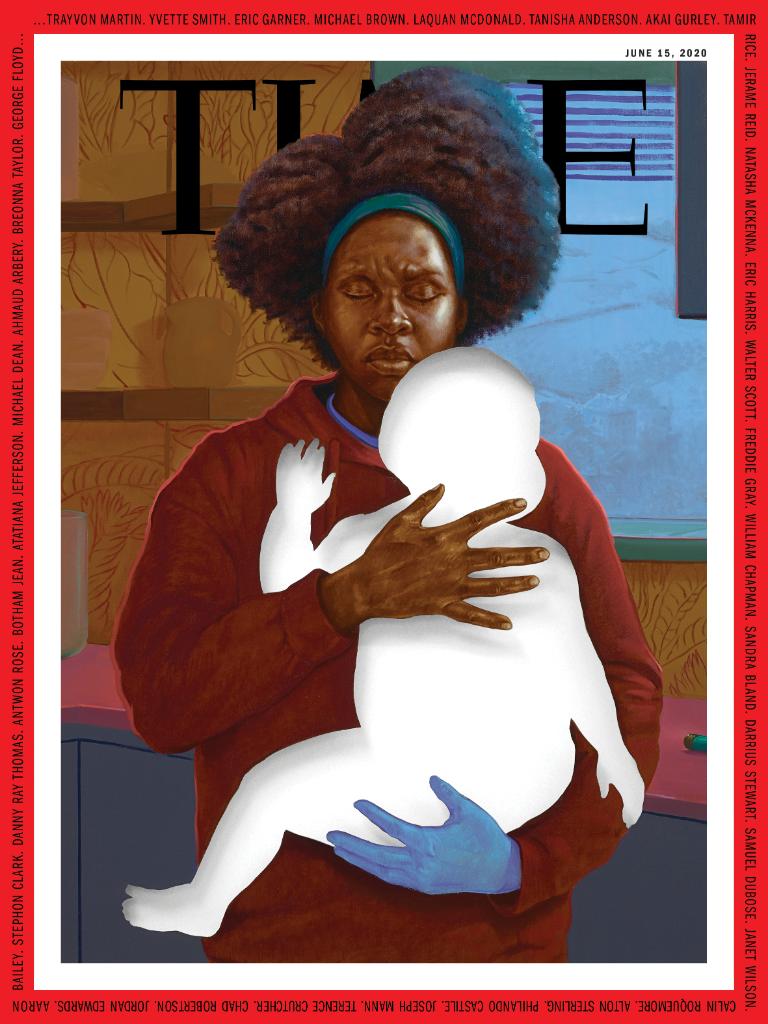