We know Tituss Burgess for his drama, if not his melodrama. The New Jersey-based actor plays Titus Andromedon, the meme-able and flamboyant best friend of Ellie Kemper’s protagonist in Tina Fey’s Netflix series Unbreakable Kimmy Schmidt and truly shines in its new interactive special, Unbreakable Kimmy Schmidt: Kimmy vs. the Reverend, where viewers can choose the direction of the plot after every scene. In the special, Burgess stole the show, singing a cover of Lynyrd Skynyrd’s “Free Bird,” which was set in a rural bar filled with rednecks, winning them all over with his gospel-trained vocals.

Burgess, who gained popularity for sashaying through Fey’s 30 Rock with his unmistakable theatrical flair as a hairdresser named D’Fwan, has been busy in quarantine. His new single “Dance MF” was released just in time for pride month, as was Central Park, a new animated series on Apple TV+ where he voices a young child, and the new comedy cooking show he hosts on Quibi called Dishmantled, where guest contestants are challenged to recreate a mystery food dish in record time, while blindfolded. (Dan Levy and Jane Krakowski are guest judges.)

Burgess also has an upcoming role as Reverent James Cleveland—the friend, mentor and piano teacher to Aretha Franklin—in the late soul singer’s biopic, Respect, due for wide release in 2021. While taking a break from his new Instagram Live interview series, Burgess spoke about his big break, updating the gay pride flag and making art out of nothing.

Observer: You’ve been interviewing people on Instagram Live, what has that been like?
Tituss Burgess: It’s kind of the only thing that’s getting me through. There are beautiful, brilliant people out there in the world. They think it’s a treat talking to me, but it’s the other way around. I really mean that. People share their stories, one woman is fundraising for a laser cancer treatment, Dr. Hadiyah Green. It’s hard because we’re going through two pandemics right now, a health pandemic and a pandemic of racism.

How are you keeping busy in quarantine?
Thank god things have slowed down. It makes me feel how fortunate I am, I always wrestle with the entertainment industry, doing the TV show, making people laugh.

Do people ever mistake your character Titus Andromedon as who you are in real life?
It is tricky, people watch me on Instagram Live, you can get my personality there, judge for yourself. I’ve had to let go of the frustration of people making me synonymous with the character. There are people open to wanting to get to know me. I’m not selective with who I show myself to, but some people see me only through the lens of a caricature. I care about people. I will let it undo itself.

Is it true Tina Fey saved your career when you were struggling?
You could say she saved it. I went to my audition for 30 Rock and was an hour late. I called my manager and told her “This is a sign.” She said: “No it’s not, you have to go to this audition.” I went upstairs and they were behind on schedule for auditions. By the time I got out of the building, I got a call from my manager saying I got the job. I was so grateful.

How did that lead to your role on Unbreakable Kimmy Schmidt?
When I got home after my last day with 30 Rock, I was living on 47th Street between 8th and 9th Avenue. There was an eviction notice on my door. I wasn’t able to pay rent. I got on my knees and prayed: “God, I’m begging for a series regular on a show with the same caliber of talent and writers on 30 Rock,” I said. “If I was given a platform, I would help those around me.” I got evicted, five years go by, it’s 2014, and I’m now living in a basement apartment in Harlem, I couldn’t get a theatre gig. I got a text from my manager, who said, “Tina Fey wants you to audition for a role as Tituss Andromedon, a down-on-his-luck actor who wanted to be a Broadway star, living in a basement apartment in Harlem.” I had not said a word to Tina Fey. Fast forward to me getting the Kimmy Schmidt job, I was walking to my trailer on 55th Street at 8th Avenue where we were shooting, and passed the Hell’s Kitchen apartment I got evicted from, right where I prayed for this job.

Wow. You’re in an Aretha Franklin biopic, Respect, out next year, what can you say about playing the role of Reverend James Cleveland?
He was Aretha’s closest friend and mentor. He gave her piano lessons when she was a child, and until his passing, they were in touch. When I was directing my choir at my church when I was 12-years-old, my grandma had all of Cleveland’s records and I know his catalogue like the back of my hand. It isn’t hard to find him inside me because he is largely responsible for how gospel music was framed for me.

You’ve also released a dance single, “Dance MF,” could it be the pride anthem of 2020?
I’m not on a label, so it’s hard to give it the attention it deserves. I hope people find it when they need it. I have some remixes coming up, so I think it will have a second win. Though it might sound narcissistic, I wrote this song for myself, last fall, when I was in a dark place. All the candid things I said to myself, I put in the verses. I thought maybe other people who need it will find it. It’s about freedom.

What does pride mean to you, considering everything that’s going on in the world?
There are certain several sub-movements, which are all deserving for their day in the sun and are all equally important. A rainbow flag deserves to have black and brown stripes. Some people look to it as the arrival or completion, but I don’t think we’ve arrived there yet. It’s something we should work towards. I don’t think we act like what the flag means and represents. I don’t think we treat each other like what that flag suggests. This pandemic has backed us all into a corner. Now, more than ever, is forcing us to look and act at what that flag represents. And that to me is what this pride is about.

What advice do you have to creative people who are suffering right now?
The responsibility of the artist is to create art that reflects the times they are in, whatever that looks like. For a rapper, thinker, designer, that’s what it is. We don’t need things to be “up and running” for us to create. We can make art when we have nothing. 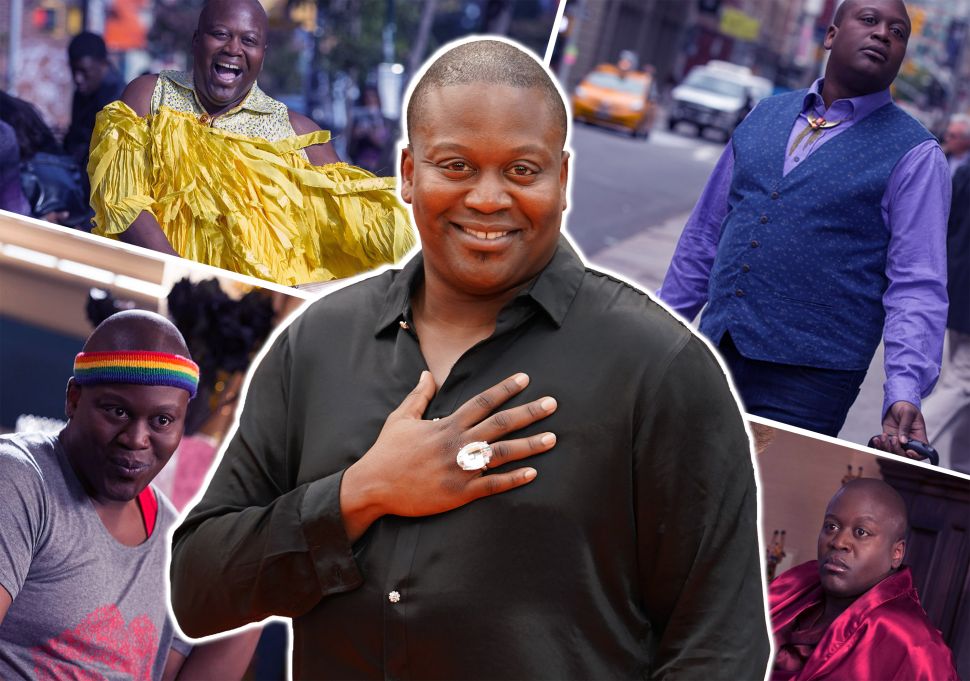