Travis Scott is heading to Brentwood, as the Grammy-nominated rapper scooped up a brand-new, three-story home in Los Angeles for $23.5 million.

Scott (real name: Jacques Webster) paid all-cash for the seven-bedroom, 11-bathroom home, reports Variety. He scored a major discount from the original $42 million that the mansion was listed for last summer, though the most recent asking price was a touch under $30 million.

SEE ALSO: The Weeknd Is Listing His Hidden Hills Mansion for $25 Million

A spiral staircase connects the three floors, though if you’re feeling lazy, there’s also not one, but two elevators.

There are floor-to-ceiling windows throughout the 16,700-square-foot abode. The main level is essentially one airy room, with a dining and living area by a fireplace, as well as a kitchen with stainless steel appliances, double marble islands and breakfast bar seating.

The master suite is configured with a sitting area and a bathroom with a freestanding modern tub, as well as a walk-in closet and sliding glass doors that leads to a private terrace. The other bedrooms are almost as roomy, and surely one of them will soon be transformed into a dreamy nursery for his and Kylie Jenner’s daughter, Stormi.

The lower level is composed of a full home movie theater, a gym, a wine cellar and a sauna.

Outside, there’s a 70-foot glass-bottom infinity pool with an underground sound system, as well as a Jacuzzi and plenty of lounging and entertaining areas, as well as a 400-square-foot Zen garden and an orchard with 300 fruit trees.

Scott’s new home isn’t too far away from his ex Kylie Jenner’s latest real estate purchase; the Lip Kit mogul doled out $36.5 million for a massive mansion in Holmby Hills earlier this year, and she’s reportedly been spending quarantine there with Stormi. The former couple are still on great terms; they recently celebrated Father’s Day as a family, with an over-the-top celebration at Jenner’s new abode. Scott and Jenner also jointly own a $13.4 million home in Beverly Hills, though it doesn’t appear that either of them have chosen to reside there. 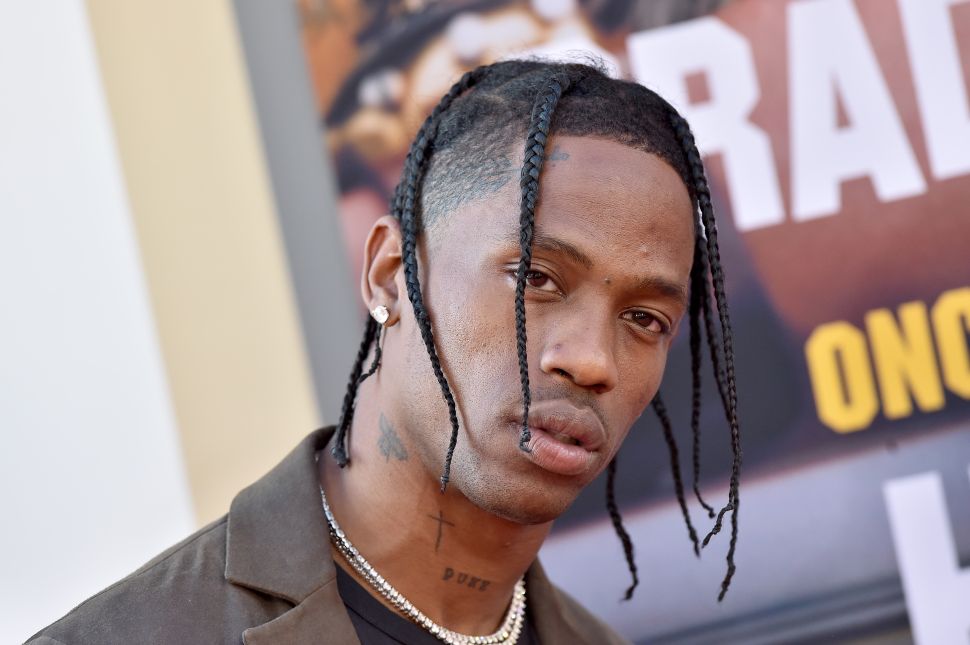