Last week, in a move to show support for the Black Lives Matter movement, Uber said its food delivery service, Uber Eats, will waive delivery fees for all Black-owned restaurants in the U.S. through the end of 2020.

To make it easier for users to find those restaurants, Uber Eats also rolled out a new feature to highlight Black-owned restaurants in more prominent spots in the app.

“I wish that the lives of George Floyd, Ahmaud Arbery, Breonna Taylor, and countless others weren’t so violently cut short. I wish that institutional racism, and the police violence it gives rise to, didn’t cause their deaths.” Uber CEO Dara Khosrowshahi wrote in an email to customers last Thursday.

It’s a nice gesture. However, if you are a regular Uber Eats customer, you know that delivery fee are just one of many fees the app charges. (Let alone the fact that “$0 delivery fee” is already a pretty frequent promotion in the app.)

First, Uber Eats is still charging those Black-owned restaurants up to a 30 percent fee on each order it delivers, Observer can confirm. And in some places where city councils moved to cap that commission, Uber Eats is instead adding on a “city executive order fee” that it passes on to customers.

Observer confirms that both of those fees are still applicable to Black-owned restaurants, meaning that neither restaurant owners nor consumers are much better off after Uber Eats’ ostensibly generous fee waiver.

How about removing altogether or reducing uber eats fees to the black restaurant owners too?

New York City, Washington, D.C., San Francisco, Seattle and several other cities introduced laws to limit third-party commission at 15 percent to 20 percent. In Jersey City, New Jersey, where the cap is set at 10 percent, Uber has introduced the “city executive order fee” to recoup some of the loss.

“To help keep delivery drivers on the road, a new charge is applied to orders from restaurants [affected by these laws],” read a pop-up message in Uber Eats’ checkout process.

Before cities imposed caps, Uber was able to gouge restaurants even further. According to NPR, a restaurant in New York City would net only $7 for a $12 food order placed through Uber Eats. The bottom-line impact from these high app fees became unbearable for many restaurants in recent months as delivery and takeout orders accounted 100 percent of their business during the pandemic.

Correction: A previous version of this article incorrectly implied that Uber Eats added a “city executive order fee” in multiple cities. Jersey City is by far the only municipality affected by the new customer charge. 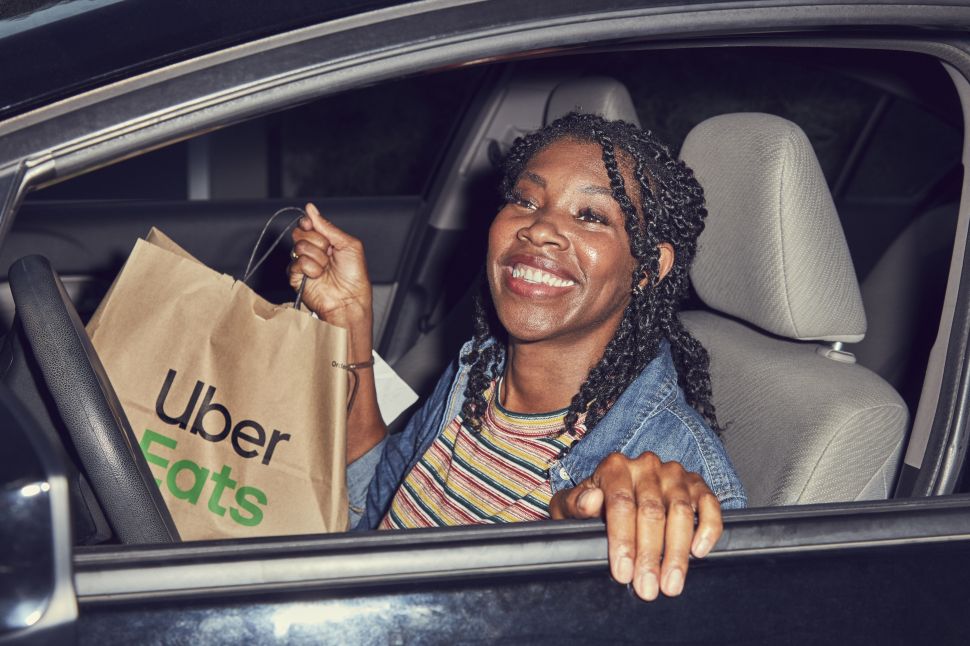