Earlier in June, a man fishing for trout on the banks of the Sar River near Santiago de Compostela in Spain accidentally tripped over an oddly-shaped, moss-covered stone that struck him as oddly shaped. After being examined at the city’s local Pilgrimage Museum, the stone has been tentatively identified as a religious icon depicting the Virgin Mary and baby Jesus that could be over 700 years old.

“On both sides of the Virgin, by each of her shoulders, are two angels or putti,” the regional government of Galicia explained in a statement. “They’re fairly worn away, but you can still make out each of their faces and a hand holding up an object or the Virgin’s own cape. The face of the Virgin is gone, as is the head of the child. This is probably due to an old impact inflicted in an attempt to desanctify the piece.” Researchers also believe that the found statue once adorned a wall, given the fact that its base is decorated with a uniquely petalled flower and acanthus leaves consistent with the 14th century Galician gothic style.

The 13th and 14th centuries, coincidentally, were the periods of time in which the literary use of the Galician language reached its high point, indicating that the region was flourishing culturally during that stretch. It’s interesting, then, to consider the lifespan of statues and why someone might have been determined to deface this particular statue of the Virgin Mary. In the year 2020, people all over the world are making their feelings and viewpoints part of the public record by defacing and protesting against statuary. It’s quite possible that similarly passionate motivations drove an individual to take their beliefs out on this newly-recovered religious artifact approximately 700 years ago. 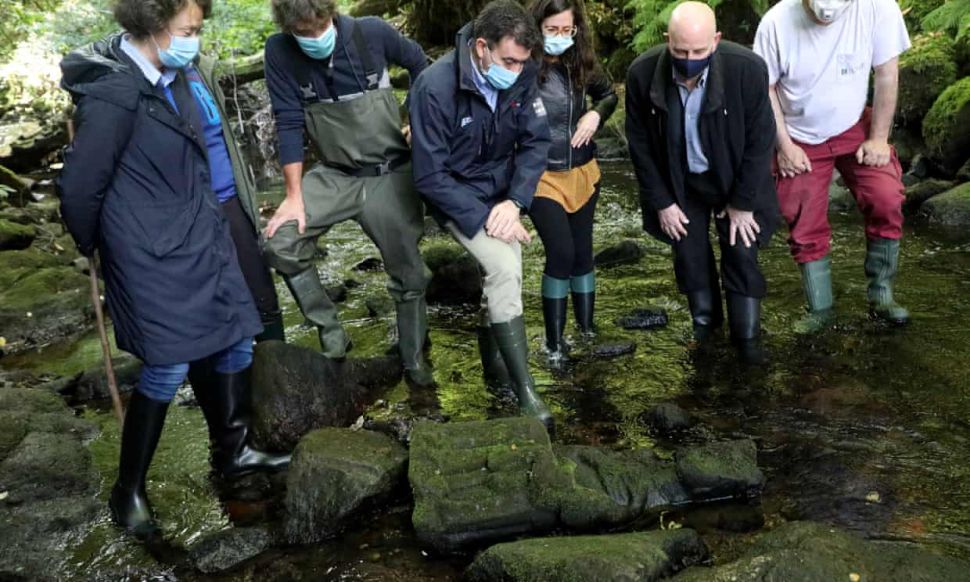