In Minnesota, the Minneapolis Police Department (MPD) has come under global scrutiny after the killing of George Floyd. As a result, all across the state and across the country, institutions are beginning to sever or at least question their professional ties with local police forces; a cultural shift that feels especially significant given the readily-accepted ubiquity of American police officers in public life that existed up until the present moment. Following the Minneapolis Public School Board’s decision to cut ties with the police department, the Walker Art Center in Minneapolis announced via Instagram on Wednesday that they will no longer employ the services of the MPD until the law enforcement agency goes through meaningful change.

“The Walker will no longer contract the services of the Minneapolis Police Department for special events until the MPD implements meaningful change by demilitarizing training programs, holding officers accountable for the use of excessive force, and treating communities of color with dignity and respect,” the museum’s Instagram post reads. “Enough is enough. George Floyd should still be alive. Black lives matter.” Generally, American museums have been criticized for their slow or totally absent responses to Floyd’s death or to the Black Lives Matter movement, which has sparked fresh protests all around the world.

The Walker Art Center’s direct and forthright statement therefore feels like the kind of public flag-planting that will be echoed by other museums as demonstrations and protests continue to unfold.

Rest in power, George Floyd. On the day of Floyd’s Minneapolis memorial, we honor his life and legacy. His murder has created change in the hearts and lives of people not only in Minneapolis, but around the world. . This image was created by local poet and artist @kenoevol. Read his accompanying article by clicking the link in our bio. . . #GeorgeFloyd #JusticeForGeorgeFloyd #BlackLivesMatter

On Wednesday, the Walker Art Center followed up their announcement by posting an image created by Minnesota-based poet and artist Keno Evol. Evol’s artwork depicts George Floyd hovering above a dreamy landscape, surrounded by illustrations of planets and flowers. If other American arts institutions want to be sure that their audiences return to their facilities after the coronavirus pandemic subsides, they may have to begin seriously reckoning with their own relationships with the police. 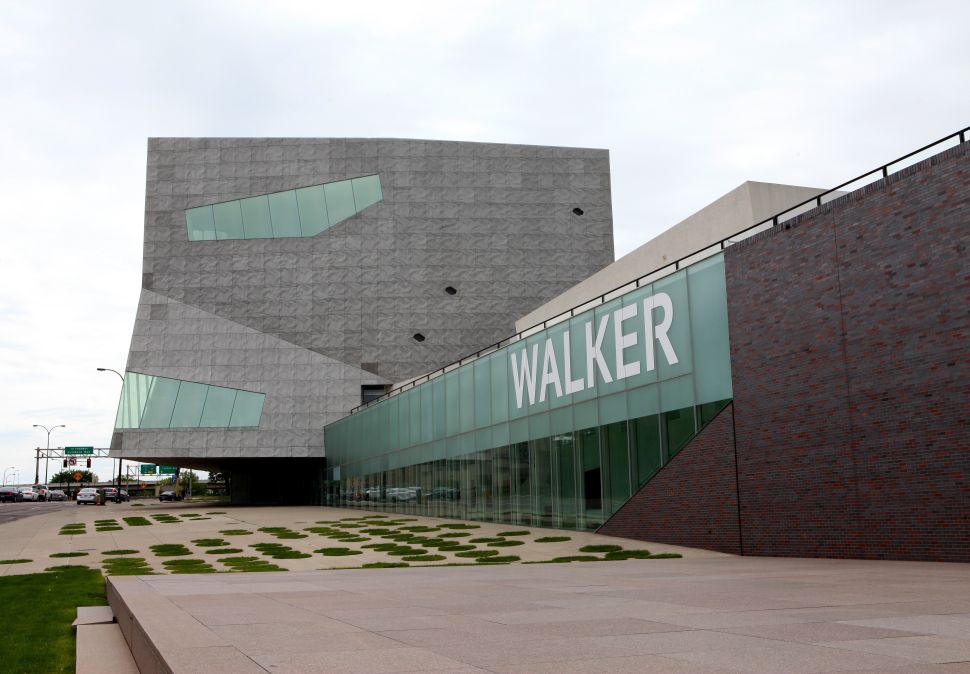