In the wake of Marvel’s unprecedented success with 2012’s The Avengers—the exclamation point on their shared cinematic universe experiment—and having concluded Christopher Nolan‘s self-contained Dark Knight trilogy, Warner Bros. found itself at a crossroads with DC Films. The studio’s ultimate decision was understandable, though perhaps too reactionary. WB raced out to chase Marvel’s formula of a shared cinematic universe. But Zack Snyder’s early entries (Man of Steel, Batman v Superman: Dawn of Justice) proved polarizing among fans and critics and, while still beloved by certain fans and profitable, failed to meet expectations at the box office.

When 2017’s Justice League, a hodgepodge effort between Snyder and filmmaker Joss Whedon, was skewered by audiences and lost WB up to $100 million, it was clear this direction simply wasn’t working. The almighty comic book intellectual property should have been a safety net for the studio, an additive surplus that funneled interest and money into all divisions of the company. Instead, it had become the source of constant and oppositional scrutiny. Change needed to be made, so Warner Bros. appointed New Line executive Walter Hamada to the conn. In two short years, the banner has impressively course-corrected.

Several DC films were already in development and production when Hamada took over, so it’s not as if every movie released since can be directly attributed to him. But very quickly, a perception of calm began to replace the chaos and unrest that had seemingly pervaded DC Films. The results then quickly began to bear out this new reality.

SEE ALSO: What ‘Avatar: The Last Airbender’ Taught Us About Finding Our Own Power

Six months after Hamada took over, DC released Teen Titans Go! To the Movies, a big-screen adaptation of DC’s popular animated kids cartoon. With its self-aware humor, Teen Titans Go! To the Movies playfully poked fun at its own studio’s shortcomings and, in doing so, provided some cathartic release for frustrated fans. In its own way, it made it OK to turn the page on what had been a tumultuous few years of missed opportunities and divisive final products.

Then came Aquaman, DC’s highest-grossing film ever at $1.14 billion, a much needed financial win for the brand. Aquaman wasn’t a critical darling, but its relatively standalone set-up and likable lead in Jason Momoa allowed for some distance from Justice League while filmmaker James Wan’s underwater creation is visually stunning. Atlanteans riding sharks into battle is just plain cool, and it gave the DCEU an immediate edge of enjoyable comic book silliness. Under Hamada, the DCEU is focusing more on singular stories rather than interconnected world-building quotas, which will help differentiate and improve their films.

Shazam!, with $364 million worldwide against an $85 million budget, was profitable but perhaps not quite as lucrative as WB hoped. But it was a joyous, well-cast family film and well-liked by critics and audiences. The property is expected to benefit from its connection to Dwayne Johnson’s Black Adam, which could propel it into full-blown blockbuster territory. Next up: Joker, a film Hamada may not have fully understood, according to filmmaker Todd Phillips, but one he trusted the creative team with. Joker was divisive but generated non-stop conversation for months while collecting more than $1 billion at the box office and notching 11 total Oscar nominations and two wins—an undeniable success for the studio. More importantly, it doubled as proof of concept for experimental, filmmaker-driven superhero genre tales. There’s a reason that Matt Reeves’ The Batman, which Hamada is also helping to develop, is currently not connected to the DCEU.

Not every movie under Hamada has been a bonafide smash hit. Birds of Prey, which was quite enjoyable in all of its bold lunacy, just barely crossed $200 million worldwide. But Margot Robbie remains a pillar of the DCEU and will next appear in James Gunn’s The Suicide Squad. That DC went out and snatched Gunn after his temporary firing from Marvel was itself a savvy move. Looking ahead, WB still has Wonder Woman 1984 to come, a surefire hit whenever the coronavirus pandemic allows it to finally arrive in theaters.

Beyond the linear choices Hamada has made, he’s also shown a propensity for buzz-generating streaming moves. He’s working with HBO Max to bring the mythical Snyder Cut to the platform next year, which galvanized the core fan base. It’s fair to question what kind of message that sends in the greater pop culture conversation—and it’s coming at great expense to WarnerMedia—but the move has united many DC fans while also anecdotally permeating the mainstream (Never before has my 73-year-old aunt asked me about a superhero movie before now.) It’s a huge attention-driver for both HBO Max and the DC brand.

Hamada also signed off on The Flash director Andrés Muschietti recruiting Michael Keaton, who famously played Batman in 1989 and 1992, to reprise his role and potentially become a mentor figure a la Marvel’s Nick Fury in the DCEU. There’s also been talk of Henry Cavill returning as Superman after seemingly parting ways in 2018, a move that would further thrill the fanbase and generate positive coverage. Under Hamada’s stewardship, there’s been a palpable focus on unity rather than division.

Early on, Warner Bros. and DC Films were desperately chasing Marvel’s success to the point that they rushed a crossover team-up (Batman v Superman), operated from a reactionary rather than proactive standpoint, and involved themselves in the creative process to the product’s detriment (Suicide Squad). Under Hamada, it hasn’t been perfect, but its trajectory has been a stable, upward slope after some early struggles. DC Films is now utilizing undervalued assets, embracing the inherent limitless oddities of comic books (multiverse), making fan-pleasing moves that also make narrative sense (Keaton and Cavill) and using past history to its advantage. It’s no longer chasing Marvel’s formula, it’s building its own, and the studio deserves credit for that. 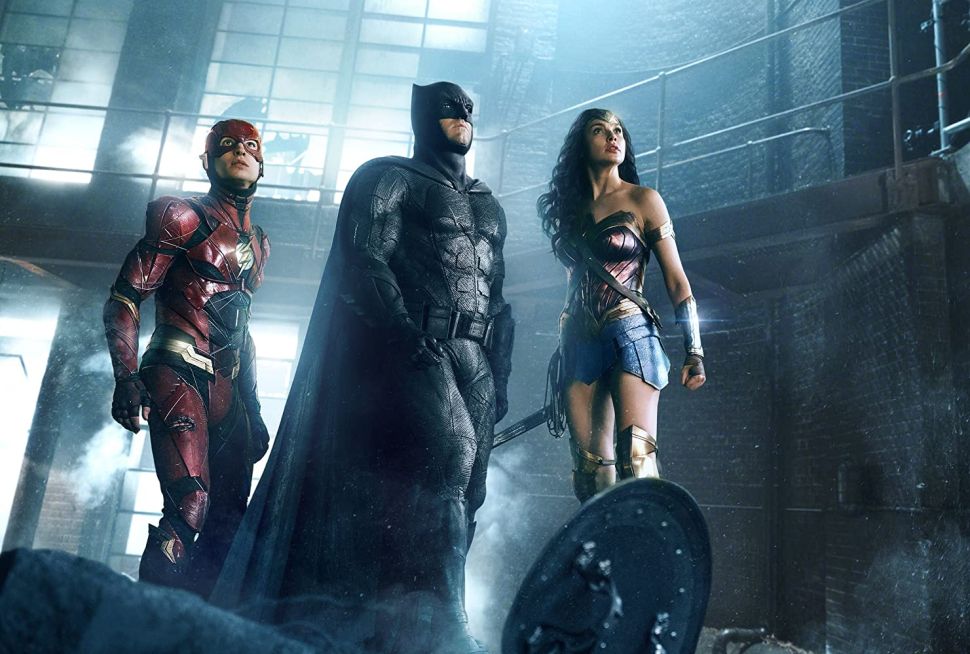