Warren B. Kanders, the former vice chairman of the Whitney Museum of American Art who stepped down last summer after scrutiny from the protest group Decolonize This Place, announced on Tuesday that he would be divesting his military equipment company, Safariland, of divisions that sell “crowd-control solutions, including chemical agents, munitions and batons, to law enforcement and military agencies.” In other words, Safariland will no longer produce tear gas, the chemical agent that United States law enforcement agencies have been heavily deploying against protesters in recent weeks. In a statement announcing the divestment, Kanders did not specify exactly why he was doing so, but rather elaborated that Safariland would be focusing on producing products that offer “passive defensive protection.”

The tenor of the 2019 protests against Kanders’ connection to the Whitney primarily centered around the fact that he was profiting from chemical agents being deployed against migrants attempting to cross the southern border into the United States. Now, however, renewed Black Lives Matter demonstrations within the 50 states have been met with intense retaliation from police officers, who’ve been caught on camera deploying tear gas frequently and heavily. Public outcry against police and against their high budgets and militaristic methodologies may well have provided Kanders with the motivation to divest from the tear gas division.

Recently, a 22-year-old woman who had attended Black Lives Matter protests in Columbus, Ohio, died two days after she was exposed to tear gas and pepper spray that was deployed by police as part of crowd control. Incidents such as these increase the likelihood that public opinion of tear gas will continue to plummet. However, in his statement on Tuesday, Kanders reaffirmed his company’s commitment to law enforcement. “As we look to the future, Safariland will continue to support public safety professionals in all lines of service as they risk their lives daily to keep the public safe,” the statement reads. Siding with police is a stance that indicates Kanders will still face public scrutiny going forward 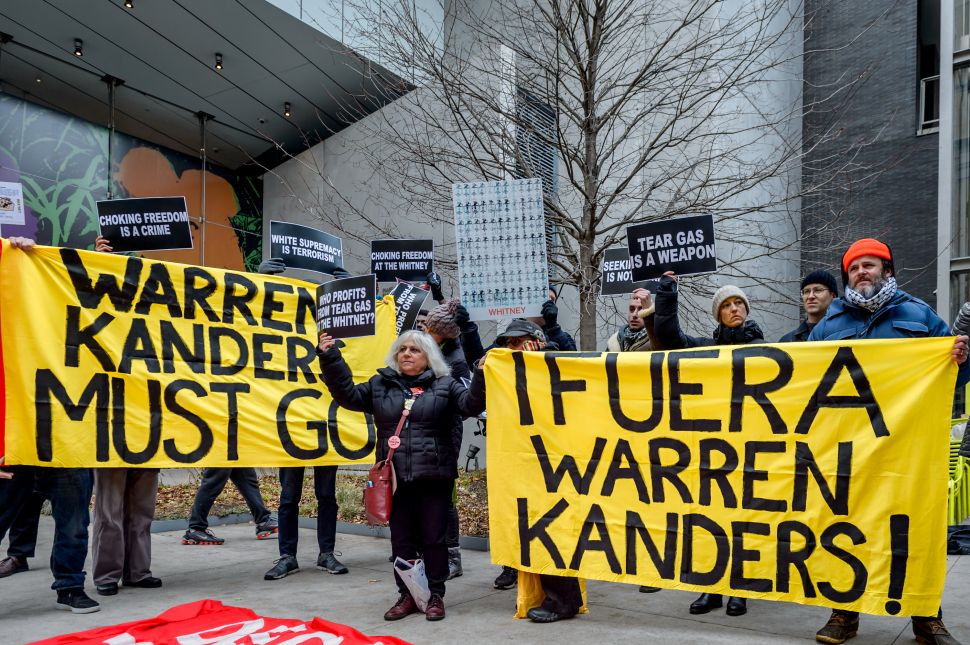