For better and for worse, superheroes and comic book content have become the lifeblood of Hollywood. They feed the film industry’s insatiable hunger with billion dollar blockbuster behemoths and round out the rosters of television and streaming networks. Our current comic book landscape runs the gamut of tone and style from the teen soap operas of The CW’s Arrowverse and the rah-rah shared Marvel Cinematic Universe to the farcical raunch of Deadpool and the action-less melancholy of Joker. Say what you want about the genre, but it has indisputably become the bedrock of mainstream entertainment.

Fortunately, HBO’s nine-episode remix sequel of acclaimed graphic novel Watchmen is not only the single-best piece of comic book content to come out of this craze, but arguably the very best show to arrive in the last year (and HBO has made it free to watch this weekend). Debuting in October, creator Damon Lindelof and his talented and eclectic writers room proved prophetic as the series tackled systemic racism and white supremacy in the modern age just months before the killing of George Floyd sparked worldwide #BlackLivesMatter protests. The show was powerful and political, intelligent and entertaining. A beautiful blend between the idealism of superheroes and the flawed and cynical reality of humanity.

SEE ALSO: 13 Essential Films and TV Shows About the Black Struggle in America

Despite the critical acclaim and large viewership—Season 1 averaged more than 8 million multi-platform viewers, making it premium cable’s biggest hit of 2019—Lindelof has consistently said that a second season is doubtful as he exhausted all of his ideas. Should he hold firm to that, HBO should consider a new course of action: turn Watchmen into a creator-driven, culturally relevant season-long anthology series. Allow new storytellers to create their own worlds within the limitless Watchmen universe that reflect the pressing issues of the day, borrowing from or ignoring previously established canon as he or she sees fit.

The season-long anthology has become a massively popular sub-genre in recent years, partly sparked by HBO’s own True Detective (which should be given a fourth season written and directed by the Safdie Brothers, who recently signed a first-look deal with the network). Fargo, American Horror Story, Homecoming, The Terror, Amazing Stories. Everywhere you look, full-season anthologies are popping up and succeeding. Giving Watchmen the same treatment would enable HBO to keep a popular franchise alive. Teaming up with leading creators would keep the series at the forefront of the socially conscious pop culture conversation.

For example, Spike Lee has somehow never been given a budget of more than $45 million (a travesty deserving of another column entirely). As we previously explored with his recent Netflix film Da 5 Bloods, the moment is ripe for his voice and viewpoint on race relations in this country, a natural extension of Watchmen‘s first season. Give him a bundle of money and let him cook. It’s not as if he hasn’t expressed interest in the comic book genre before.

But actually I think @Warnerbros & @hbomax should ask Spike Lee to watch season 1 of @Watchmen & then write & direct a new season at $20 million per episode for 10 episodes. Ask him to dive into race, politics, history, just go all-in & let him take his time coming up w/it.

Parasite filmmaker and Oscar-winner Bong Joon-Ho is currently working with HBO on a TV adaptation, laying the groundwork for future collaborations. Moving Watchmen outside of America and creating the first non-English mainstream superhero series in Season 3 would provide a more worldly perspective. Given the director’s propensities, the series could shift its focus from race relations to economic inequality. Bruce Wayne and Tony Stark are fortunate enough to have the necessary resources to fight crime. But how would a well-intentioned vigilante respond to a world that makes it financially impossible for them to do good?

Ava DuVernay is working with HBO Max on the comic book-based series DMZ as well as Warner Bros. on New Gods. She’s a natural fit with WarnerMedia and has shown a clear interest in superhero material. What if she helmed Season 4 and brought back Regina King‘s Angela Abar as she assumes the mantle of Doctor Manhattan, which the Season 1 finale heavily hinted at? What if she has her own completely new idea that fits within the Watchmen universe? After Selma and When They See Us, it’s hard not to believe audiences wouldn’t be immediately tuned in.

Ultimately, turning Watchmen into a new anthology would free up the series to capably reflect and dissect the matters of the moment with impressive flexibility. Putting it into the hands of a new creator each season would empower a variety of voices and highlight a wide array of different kinds of stories not normally seen on mainstream television. Commercially, there are few things more attractive in the current Hollywood landscape than an A-list director being given a big budget to tackle superhero material.

Watchmen stood for something in Season 1. HBO should cement that symbol’s permanence. 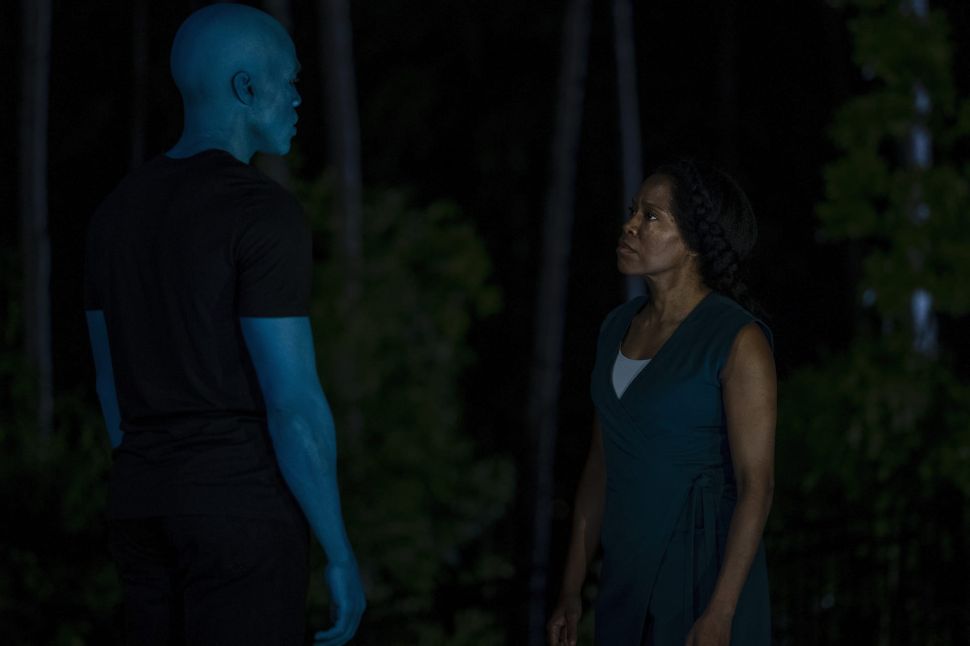