Whenever the subject of home surfaces in conversation, the writer Wayétu Moore always has more than a location to share. Home has been, for her, more than a name or address. Long before her acclaimed 2018 novel She Would Be King was published, Moore could never simply share the name of her homeland, Liberia, without additional questions. Even a profile in The New York Times for her novel opened with the story of her childhood escape from civil war. Now living in Crown Heights, Brooklyn, Moore spoke with Observer on the phone to discuss telling that story in her new memoir, The Dragons, the Giant, the Women.

“For so long, even before my novel, with my nonprofit work, I would get asked all the time about my personal life,” says Moore. “And then with the publication of my novel it was exacerbated. ‘What was your childhood like?’ And it was a natural progression, I think, because people were interested in why I wanted to write about Liberia.”

Centered around the lives of three gifted misfits, She Would Be King weaves together history and magic realism to tell a story about the legacy of colonialism and slavery, African diaspora, and the deep connection between Liberia and the United States. In the book, the fates of the three central characters, Gbessa, June Dey and Norman Aragon, ultimately collide in the middle of the 19th century to form the country of Liberia. With such a rich focus on the history and storytelling of her home country, such questions are expected. But for a young novelist, autobiography is not what one would hope to dominate her reputation.

For Moore, it was a challenge to skirt the issue and concentrate on her work and writing. Explaining her heritage and homeland to those without an understanding of the culture, history, and politics of Liberia isn’t her responsibility. Yet, the questions continued.

“So then, of course, that that the conversation would always lead to, ‘Oh, well, when did you move here? And why did you move here?’ And so my conversations always trended toward the wars.” From 1989 until 1997, Liberia experienced a complicated civil war. Civil war resumed in 1999 until it was concluded in 2003.

The questions about what happened to Moore’s family and her homeland weren’t easily answered. She reflects,  “I knew that it would give me peace of mind and do my story and my family’s story justice by just putting it out there on my own terms to share a little bit more of how complex the war really was because I hadn’t quite seen that done in literature either.”

Rather than let others attempt to reconstruct her personal history through questions and interviews (admittedly, like this one), Moore took agency by assuming control of her family’s narrative. With tight pacing, the book opens with Moore as a five-year-old, living in Monrovia, Liberia, with her father, grandparents, and two sisters. When the family must abandon their home at a moment’s notice to flee the rebels, there is no time to alert her mother, Mam, who was then living in New York City on a Fulbright fellowship at Columbia University. On the road for three weeks, they head to her mother’s home village, Lai. All the time, her father repeats stories that the gunfire is in fact drumming and the bodies on the road are merely asleep. With the power of storytelling, Moore’s father, Gus, keeps their questions and fears at bay. It’s a testament to resilience and familial love.

After that terrifying journey, they reach Lai, where they are safe, despite limited resources. Tragedies continue, but Gus, Wayétu and her sisters, K and Wi, remain suspended in the hopes that they will be united with Mam despite the fact that they have not been able to reach her. Throughout this narrative, Moore unpacks critical notes about Liberian history, dispelling myths about the nature of the conflict. This is done without disrupting the intimate nature of the memoir and while also imbuing it with the storytelling her parents shared with her.

After months in Lai, a woman rebel appears wearing a camouflage vest. All too familiar from their time on the road, she has a gun slung over her shoulder just like the rebels they had encountered. Asking for Moore’s father and his daughter, she spits on the ground after finding him then tells him plainly, “Your wife come for you.” In this moment, the tension of a war brought about through the hubris of men is hushed by a solitary woman. She’s a problematic figure—a rebel, but also a mercenary for hire? After her fate has come under threat by legions of male leaders, it’s a lone woman who’s come to reunite Moore’s family.

At that moment, Moore cuts forward to her life as an immigrant in the United States. She quickly understands the Black American experience, under threat from racism but also centered around powerful friendship and love. That undercurrent of love runs throughout the memoir. The strength of her parents’ love is, in part, the force that keeps her family alive and intact. It’s made even more deeply clear in the section where she powerfully channels her mother’s voice during her time in New York City in 1990, cut off from her family, left wondering what happened to them. Devotion is a theme that resonates through their survival from civil war, success as immigrants, and also as a bond that prompts Moore to search for Satta, the rebel woman who reunited her family.

As an adult living in Brooklyn, Moore sees a therapist after her then most important romantic relationship ends. While that’s one issue, part of what prompts her to seek therapy are her repeated dreams about Satta, whom the family never saw again. The therapist wants to seize upon the facts of Moore’s childhood in Liberia as a source of trauma. While Moore defends her parents—who had returned to work as academics in Liberia after Moore and her siblings reached adulthood—for protecting her throughout her childhood, she knows that while they spared her unbelievable horror, she still experienced an incredible range of events for someone of her age. The quote “Your body keeps the score” resonates with Moore, who says, “All of these things that have happened to us in the past, they’re always present even if our circumstances change during the course of our lives. And so that’s why I think that things like therapy, like talking about your past and exercising transparency, are very important and significant.”

Later, Moore travels to Liberia to see her parents for the first time since they moved back home. It’s also her first trip back since her childhood. With a determination that echoes that of her parents, she wants to speak with former rebels who may have been conflicted in their role during the civil war—and she wants to find Satta.

“When I made that trip,” Moore reflects, “and it didn’t quite end up the way that I thought it would, on the surface, it still brought me such closure to reestablish the underlying subtext of my existence, which is that my life could be so different.”

Moore continues, “I was able to reunite with people whom I had known when I was younger, who stayed in Liberia and their paths were different. This edited my thinking in that I began to look at everything that I was doing as with a sense of duty and responsibility. I have to live life fully, I have to rage toward all of the things that I’ve ever aspired to do.”

A successful writer who also runs a not-for-profit bookstore in Monrovia, Liberia, Moore has fulfilled that desire to honor her parents’ sacrifice and mission to give their children the best life possible. However, with that privilege comes another experience. “While it was empowering, that time was coupled with a sense of loneliness,” Moore relates, “It’s the feeling you have when you are raised in a place that’s different from your parents home or your home culture, different from where you were born, and you have spent your entire life straddled between two cultures and two homes.”

Moore considers herself American in the same way she considers herself a Liberian. “With all of these things going on at the same time as I was trying to negotiate these feelings on that trip, I found a sense of finality,” she concludes. “I knew that the story I needed to write was not just what had happened in Liberia, but very much that negotiation of identity. I meet so many people, my husband also is first generation, who have those same questions about their identity, having associated with two or more cultures that are of the same race and the various dynamics that result from these worlds overlapping.”

Throughout the book, Moore repeats, “Death is not the end.” For a country and people who have seen so much blistering adversity, Liberians continue to persevere. Some say that the guns remain buried, a way of speaking to the lingering emotional impact of the war. But others, like Moore, draw from a legacy of fables and storytelling to bring those ghosts to life. Moore’s gripping memoir shows that while closure may only be found through the stories that we ourselves write into existence, fierce attachments and passion will never fade away. 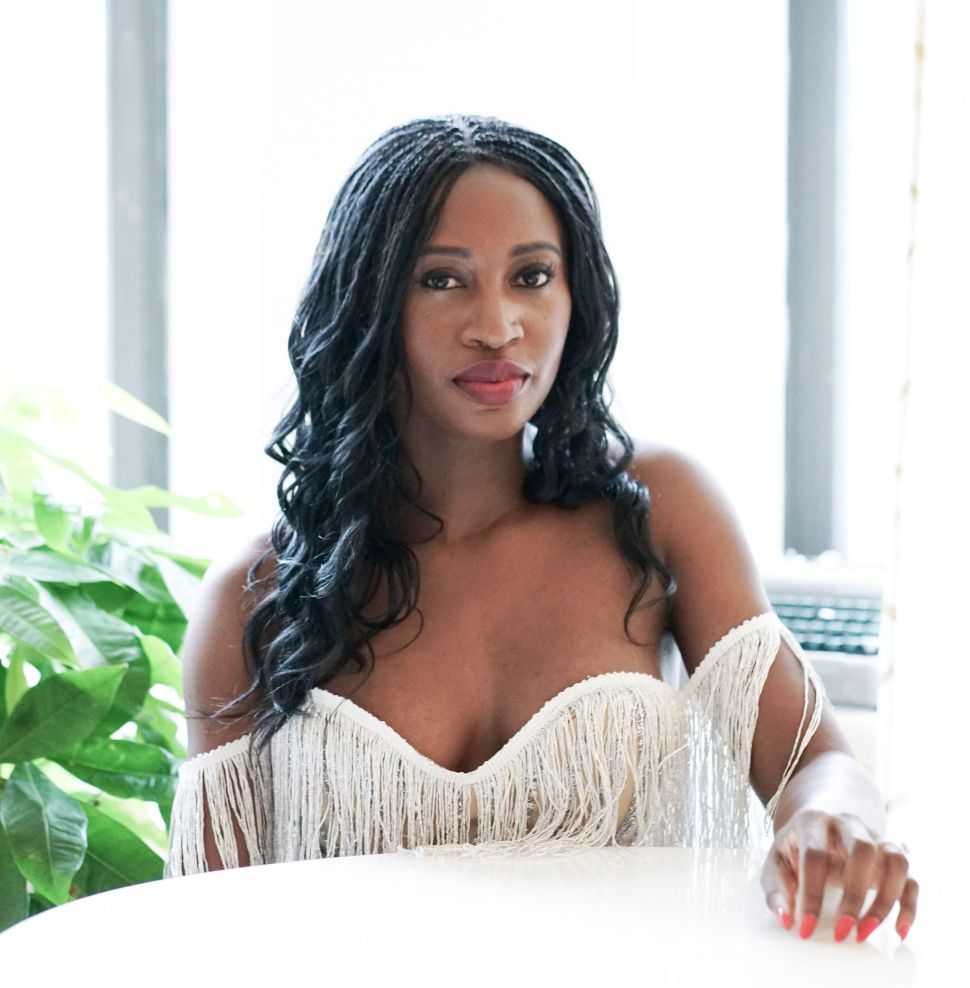