Between a new Spike Lee film hitting Netflix and Knives Out finally hitting a major streamer, it’s a very exciting weekend to spend some time with your TV. Observer Entertainment has curated the guide below to help ease the stress of figuring out what to watch this weekend on your off-hours. The major streaming services alike are represented below, from Netflix to Hulu to Amazon, and we’ve offered recommendations for new or recent releases for all of them, as well as classic, hidden gems that may be buried between the cracks.

Spike Lee’s Da 5 Bloods is the Netflix movie I’ve been most hype about for in a while. This latest joint from the acclaimed director comes on the heels of an international dialogue about the mistreatment of Black people at the hands of white supremacy and American colonialism. The fact that he’s met that moment with a Vietnam War movie anchored starring Delroy Lindo, Jonathan Majors, Clarke Peters, Norm Lewis, Isiah Whitlock Jr. and others is a rare gift. Watch Da 5 Bloods on Netflix.

“See, I feel like I would have so many questions right now,” Adam Scott jokes in the first episode of Don’t—a new ABC physical comedy game show he’s hosting, which you can now watch on Hulu. The rules are simple: “Don’t” do something, be that blinking, drinking, getting tired, etc while answering questions correctly or incorrectly and bearing the consequences of the latter. (Those consequences might include getting run over by a monster truck tire.) It’s all good, idiotic fun, and the first episode—starring a family of characters from Bensonhurst with deep Brooklyn accents—is available to watch right now. Watch Don’t on Hulu.

Yvonne Orji has been one of the shining lights of HBO’s Insecure for years now, and her new stand-up special on HBO is a sight to behold. The special sees Orji cracking wise, visiting Nigeria to ask people on the street if they know who she is (which yields richer interactions than you might think) and otherwise stretching her legs from her role on Insecure. Watch Yvonne Orji: Momma, I Made It! through HBO Max, Now and Go.

Artemis Fowl is the movie you want your kid to watch this weekend, according to Observer senior reporter Brandon Katz. His review explains his view, that the 95-minute scifi-fantasy film (based on the bestselling books) is too forgettable for adults but perfect for our family members under 10 or so. They can do that while you soak in Da 5 Bloods or one of this week’s other recs. Watch Artemis Fowl on Disney+.

One of the best movies of 2019 was also mostly overlooked when awards season came around. Knives Out, directed by Rian Johnson (The Last Jedi) and starring Daniel Craig and Ana de Armas (Blade Runner 2049) among many others, is one of the great recent whodunnits. And it’s on Amazon Prime today. Watch Knives Out on Amazon Prime Video.

And on demand: The King of Staten Island!

The funny, imperfect Pete Davidson has made a funny, imperfect film in The King of Staten Island, out on demand today. The movie’s director, Judd Apatow told us earlier this week that Davidson’s family loved it and that the whole thing is, basically, a 9/11 movie without being about 9/11. It’s a tad long, so if you’ve got somewhere to be amid our ongoing coronavirus pandemic, maybe plan accordingly. Watch The King of Staten Island on demand. 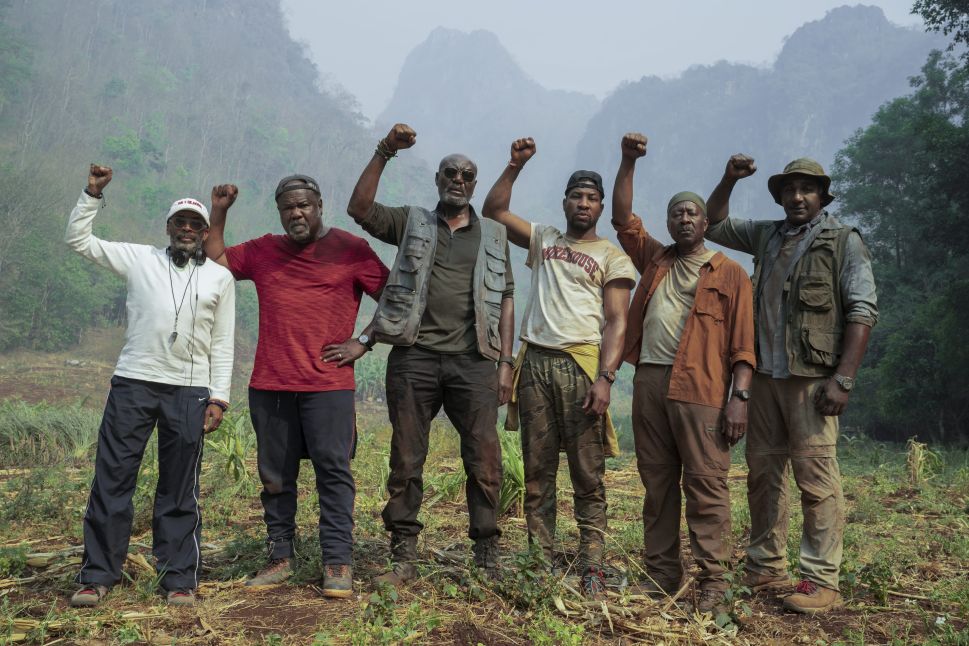