It’s a tentative testament to the power of stan culture that even in the midst of a deadly global pandemic and a centuries-overdue reckoning with the corrosive consequences of racism, super-fans of Britney Spears and Beyoncé are still finding the time get mad at each other about something trivial. On Thursday, Spears posted an illustration on her Instagram account by the illustrator Jenna Paddey that features a bejeweled bee wearing a crown. In her caption, Spears wrote: “To all my fans who call me Queen B….I believe this would be more accurate!!!!!” Given that the image she posted is of a Queen Bee, you’d be forgiven for questioning whether what Spears wrote makes sense, but confusing vernacular is par for the course with this pop icon.

What followed in the comment section was an outpouring of unadulterated vitriol as Beyoncé fans rushed to defend the honor of their chosen queen, who canonically goes by the moniker Queen B. Interestingly, since the beginning of her career, Spears has been branded the “Princess of Pop,” so it’s unclear where she got the idea that her fans were calling her Queen B. But given that Spears has never come off as malicious, despite her early-aughts run-ins with tabloid vultures, it seems deeply unlikely that she’s now aspiring to get a piece of a trademarked Beyoncé nickname. Jenna Paddey, the illustrator who made the drawing, told TMZ that she hadn’t created the illustration with either pop superstar in mind; rather, she had painted the image in 2018 and wasn’t precisely sure how Spears had come across it.

Predictably, neither Spears nor Beyoncé has weighed in on this mini-controversy, given the fact that they both have much larger fish to fry. But it’s heartening to consider the fact that no matter what the context, when hugely famous people post art on Instagram and properly tag the person who created the work, that artist then has to chance to profit hugely from the exposure. 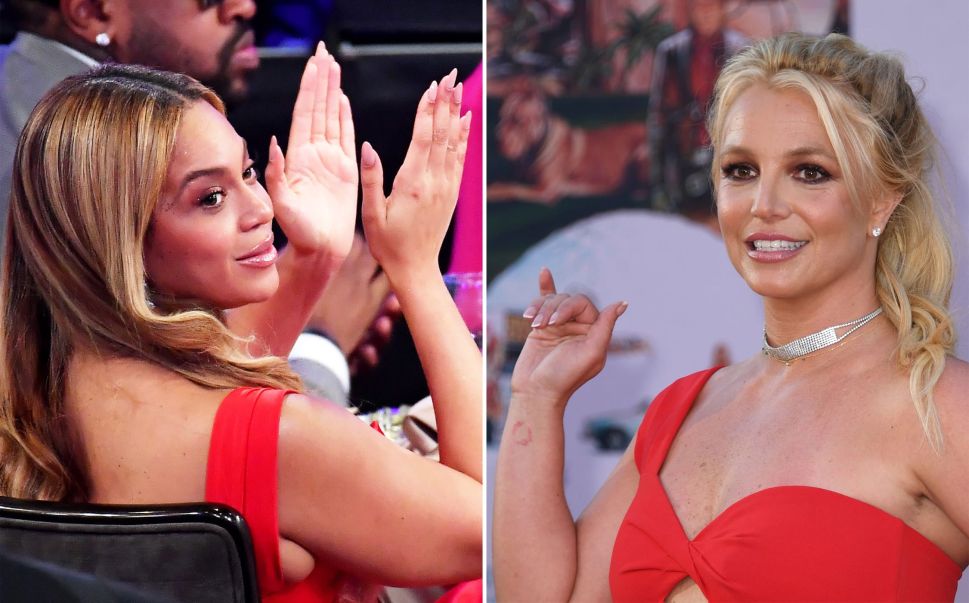