American actor Willem Dafoe is on the phone from Rome, where he has been in quarantine for the past few months (“Italy’s rules are quite strict,” he says), watching movies with his wife (Giada Colagrande), cooking, reading and studying Italian.

It isn’t too far off from his role in Tommaso, his latest film in virtual theaters today through Kino Marquee. Directed by Abel Ferrara, it follows Dafoe, an American living in Rome with his young wife and daughter, trying to keep it together in the face of anxiety.

In Tommaso, there’s an eerie similarity to Ferrera’s own life, making it somewhat semi-autobiographical. Even stranger: The director cast his wife and daughter to play themselves—as the wife and daughter—with Dafoe (who, in real life, is his neighbor in Rome). And who knew? Much of the film was improvised. The cast, too, consists of non-actors, from a local Italian teacher to a homeless man.

SEE ALSO: ‘Shirley’ Is a Sexy, Scary Fire Fueled by Elisabeth Moss and Her Co-Stars

Dafoe is no stranger to psychologically loaded roles, known for playing a tortured Vincent Van Gogh, a shrink in Antichrist and as Jesus in Martin Scorsese’s The Last Temptation of Christ. He may be a mainstay in films by Wes Anderson, Lars von Trier and Robert Eggers, but has had a late career run with The Lighthouse, At Eternity’s Gate, Motherless Brooklyn and The Florida Project.

Dafoe, who divides his time between Rome and New York, will be in the forthcoming Eggers film the Northman, Guillermo del Toro’s Nightmare Alley and this fall, Anderson’s The French Dispatch. He spoke from Rome about yoga, non-actors and what he’s reading.

How have you kept busy in quarantine?
I was in Mississippi making a film with Paul Schrader (The Card Counter), then it got shut down because of the pandemic. I went to New York City, and decided, even though it was counter-initiative at the time—because Italy was in a tough spot—to come back to Rome. It forced me to stop doing everything, I was afforded a nice time with my wife, cooking, watching movies, studying. Now, I’m eager to get back to work.

Did you do a lot of ashtanga yoga?
I’ve always done yoga, there’s nothing new there. That’s my life.

You do yoga in the film, too?
Yes, and I had mixed feelings about it, but it was to give an idea that Tommaso is a guy with a spiritual practice. So much of this movie isn’t our lives, but it deals with things we know. As we were making it, so much of it was improvised, we were trying to figure something out. We didn’t have an idea who this character was, or where it was going to go, but we were dealing with elements that we were familiar with, so there was great authority in the pretending.

What? How much of the film was improvised?
Almost everything was improvised. The only thing that wasn’t, was some of the fantasy scenes. The way that it worked was Abel said he wanted certain events he wanted in the film. But most of the time, he would just tell me a story, for example, his story at the AA meeting, and I tried to remember it, to get behind it, imagine it, and that’s what it is in the movie. You know?

Was the Alcoholics Anonymous meeting played by actors or non-actors?
There were some actors, but for the most part, most people in the film were not actors. They were just regular people we know. Or they’re doing what they do; the Italian teacher is actually an Italian teacher, same with the homeless man in the film. He’s homeless.

Does it change the experience of being on set for you?
Every time you work, you’re always creating a process that’s appropriate for the film. But sometimes, you don’t even know what that is. When you’re working with non-actors, they can be very free and they can’t be controlled, so you have to be loose. All they’re trying to do is live. When the Italian teacher is teaching, I have to fold into her world. That kind of inability to control something can be exciting, especially when you’re improvising, because it can go places that you didn’t expect. You can get surprised. A lot.

How is your Italian anyway?
It’s better now. During quarantine, I had many Italian lessons. It’s challenging, even if you’re speaking bad Italian, you’re improvising, you’re doing the best you can. It’s a reflection of who that character is. I’m not fluent even now. It’s something I work on all the time. It’s part of being an immigrant.

What’s funny is that Abel is actually your neighbor.
More or less, we live very close to each other. We’re very different people, but we enjoy each other’s company. I love that he’s such a self-starter, I’m the godfather to his child, there’s a community here, we’re both immigrants trying to keep on making work. There’s something organic and homey about that.

I can’t imagine making out with your neighbor’s wife on camera? Or is it something you get over?
Yes, you know the rules. You’re trying to help each other, you’re playing make believe, it’s like that. It’s an intimacy that has to do with trying to make something. With a little distance, it might seem strange, but I’m quite comfortable with her because I’ve known her for awhile.

What book are you reading right now?
You’re going to laugh. It’s something I’ve read too many times, it’s too perfect. It’s The Wisdom of Insecurity: A Message for an Age of Anxiety by Alan Watts. He was a teacher, a minister, then studied Eastern philosophy and religion, it speaks beautifully about those things. I like it a great deal. 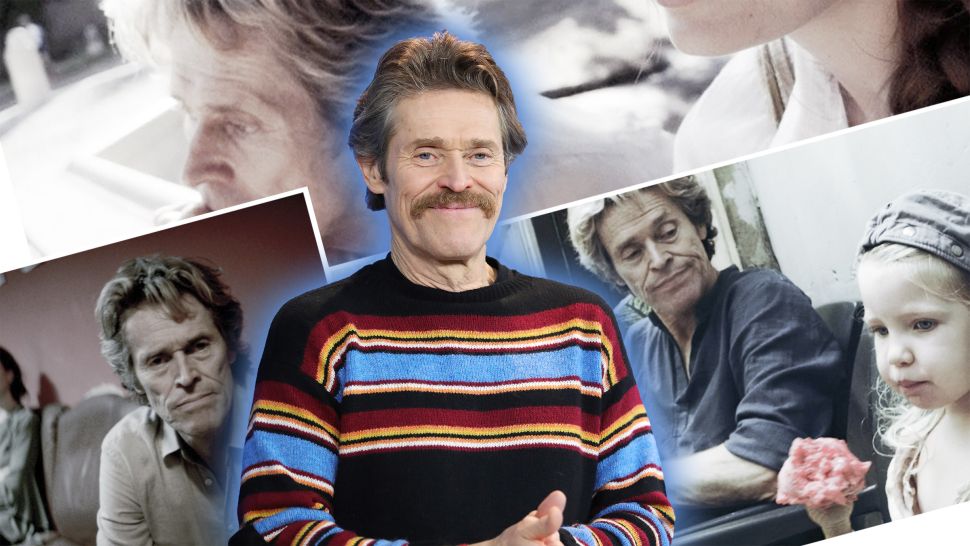