The coronavirus crisis has affected business on a global scale, and its impact has been felt throughout the world of publishing. But while most bookshops—both independent and chains—have been hard hit or had to shift their business model online, publishing itself remains buoyant.

This is partly due to the fact that although some release dates have been altered, and supply chains have had hold-ups, members of the public are turning to books for solace and entertainment during a trying time. “If there’s any good news to share at this moment, it’s that readers are coming to books. And books seem to be providing an escape of sorts,” Paul Bogaards, executive vice president of Knopf Doubleday Publishing Group tells Observer.

That’s not to say the industry hasn’t had to adapt to changing circumstances. Unsurprisingly, throughout the crisis reading tastes have altered in response to events both globally and closer to home. “On a week to week basis, we’ve seen different categories of books doing well,” explains Bogaards. “One of the early trends was a spike in children’s books, workbooks, craft and game books. There was also a micro-trend which saw a spike in bread-baking books, which coincided with an 800 percent rise in yeast sales!”

SEE ALSO: Emma Donoghue on Writing ‘The Pull of the Stars,’ Set During the 1918 Pandemic

As the weeks went on, uncertainty prevailed and after an earlier unexpected surge in pandemic-themed books such as The End of October by Laurence Wright and 1947 classic The Plague by Albert Camus, readers began to return to the comfort of the familiar when it came to their book choices.

“As we got deeper into the pandemic, people started coming back to fiction,” explains Bogaards. “But they were coming back to fiction they were familiar with. Some of it was driven by viewership—for example Sally Rooney’s Normal People and Celeste Ng’s Little Fires Everywhere. In terms of hardcover fiction, familiar brands like John Grisham, James Patterson, Nicholas Sparks and Steven King,” also proved popular.

Of course, the pandemic is not the only major global event to affect our reading choices in recent weeks. Black Lives Matter protests sparked by the murder of George Floyd in May prompted many readers seek out books that offered the opportunity to develop better cultural understanding. “When the Black Lives Matter protests began, the focus shifted to anti-racist books,” says James Odum, communications director at the Strand bookstore in New York. For example, The New Jim Crow, White Fragility and How to Be an Antiracist. People wanted to know how we got to this point in history.”

James Daunt, CEO of Barnes and Noble saw a similar trend, “We had significant bestsellers in non-fiction, and especially in the wake of Black Lives Matter, books that deal with questions of race. Also books about empathy and understanding,” he said.

This increased desire for diversity in our reading may be a sign of a longer-term shift, according to Daunt. “We’ve been locked for a long time in a very static group of ‘brand name’ authors, James Patterson, John Grisham and others. And what’s astonishing is how little they’ve changed—the author can die, but brands can still carry on. For example, Virginia Andrews became Virginia Andrews ™. A lot of this is fuelled by sales in supermarkets and on Amazon. I think that may begin to change—we may start to see a more concerted effort to introduce new authors.”

Bogaards noted, “We’ve also seen a spike in people turning to literary fiction, whether it’s Emily St John Mandel, or Megan Majumdar’s debut The Burning. The marketplace has demonstrated that there is room for current and debut voices. Overall, I am buoyed by the success that books are enjoying,”

As the pandemic began to take hold, many publishers took the decision to push some titles intended for spring and summer back to the fall or early 2021, in the hope that they would be released into a better environment. However, with the pandemic still raging and no knowledge yet of when coronavirus will fade from our lives, this is a gamble that may not pay off. “If you pushed books to the Fall, you were hoping that things were going to get better, and clearly they’re not,” says Bogaards.

As well as being released into a tumultuous world, some titles originally intended for summer months may not quite hit the right note in a different season. “Typically summer publications are tailored for vacation,” says Doraswamy. “Crime, romance, upmarket women’s fiction books make for great reads on a plane or at the beach. But with the COVID-19 pushback, these books will have to find slots in the fall or next spring.”

“Another issue is that so many publishers have delayed summer publications to fall that visibility for these books will be tough. We are not only up against pandemic uncertainty in the fall, we are also competing with the presidential election.”

The world has been shaken and with it our world view, so it’s unsurprising that our reading habits have altered. But is this change permanent and what do experts predict going forward?

“I definitely see a continued and sustained interest in people educating themselves on issues affecting the Black community, and really seeking out work from Black authors,” says Odum. “I also think that people are trying to look for a certain amount of escapism, so I think there will be more interest in summer reading type novels—the lighter reads—pretty soon.”

“We’ve seen a lot of submissions [from literary agents] by diverse authors, and that’s been a welcome change,” says Bogaards. “And we’ve made some acquisitions, which has been heartening.”

“We’re going through a moment where everyone is fighting for their identity,” says Bijal Shah, a book curator and bibliotherapist. “And identity is so complex right now. People don’t fit into easy categories—and they are looking for people who represent them. I think we’ll see more diverse literature going forward.”

“I also think people are looking for more complex, female characters. They’re tired of the male narrative that’s been at the forefront of literature for too long,” she adds.

“I’m looking for writers to take me to a closed society—someplace I haven’t been before,” literary agent Liza Dawson tells Observer. “The writer is the expert bringing me in there, but through the perspective of a story.”

Although COVID-19 is dominating the news, it’s not certain that we are ready yet to read all about it in fiction. With the situation far from stable, some authors are already wondering how much social-distancing to include in their works-in-progress, or if they should choose to set manuscripts in pre-COVID times. And with the situation changing every day, authors would be hard-pressed to truly represent the crisis as it unfolds.

“I think it would be tough to be a contemporary novelist right now,” book reviewer Ashley Hasty of Hasty Book List tells Observer. “You could sit down to write a book about the world we are living in today, but that world could be a long-lost memory by the time it is published.”

COVID novels might not be the right note for the present moment, but it’s safe to say they’re inevitable. Hasty is looking forward to seeing what literary works this time period inspires. “I would love to time-travel 20 or 50 years into the future and read a historical book about this time.” But maybe that’s also because she, like all of us, also wishes for a glimpse at a point when this is all behind us. 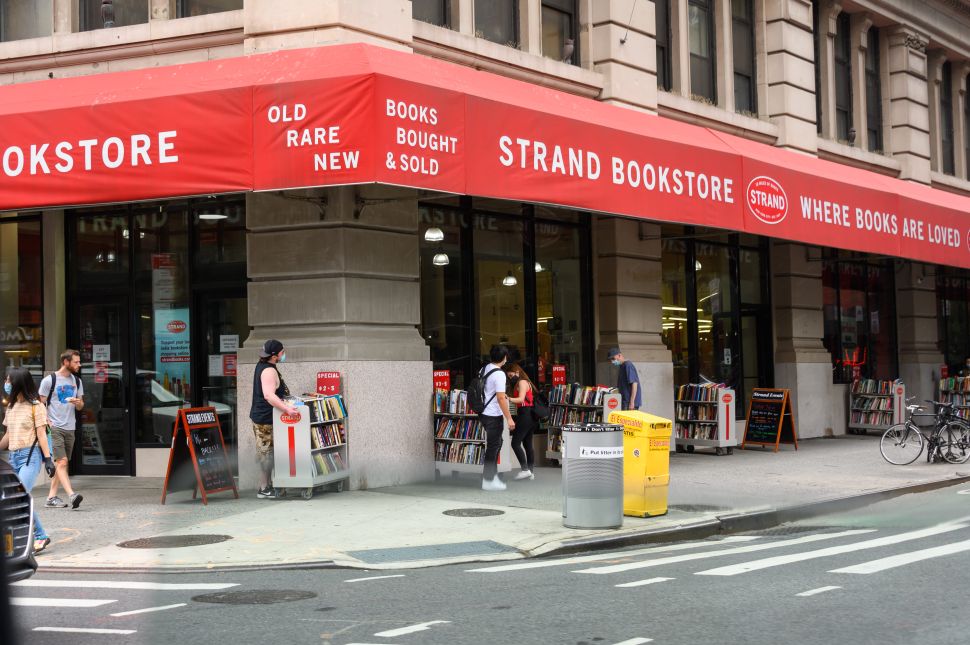