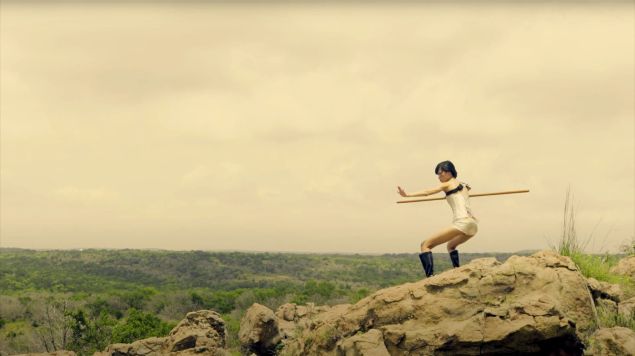 A screenshot from A Home Unfamiliar. via Mobley

“Hold tight, don’t cry, the band is on the way,” rapper Deezie Brown reassures you on his track for the collaborative video album A Home Unfamiliar. The beat’s a lazy head-nodder with old school keyboard flourishes;  filmmakers Zach Morrison & Mackenzie McMahon’s juxtapose it to loving images of Austin. The 1:42 minute clip is easy and expansive; Brown’s flow seems to fall out of another time, when art and people could move through Austin and the world without the virus hovering behind them.

Brown’s short song captures the mix of grief and wry hope at the core of A Home Unfamiliar. The project is the brainchild of indie pop singer-songwriter Mobley. Fifteen musicians and fifteen filmmakers from the Austin area worked together from inside COVID lockdown to make a 25-minute video album organized like the surrealist game of exquisite corpse. Each musician got a 20-second clip from the end of their predecessor’s song and then had two days to come up with their own 2-minute-or-less contribution. Videographers similarly saw a short snippet of the previous filmmaker’s work before they had to create images for a track. The final product is a tribute to disconnection amidst connection, or connection amidst disconnection. Creators pass art from home to unfamiliar home, building something together with people they only partially see or know.

A Home Unfamiliar will premiere on Alamo Drafthouse Cinema’s new VOD service Alamo on Demand on July 17, with pre-orders available starting today, July 8. Proceeds will go to the Central Texas Food Bank, which has been overwhelmed since the coronavirus crisis and lockdown: 10,000 cars lined up to receive meal boxes on one particularly desperate day in San Antonio in April. Mobley has also organized corporate sponsors like Karbach Brewing Co, Ozarka Water, Last Gang Records, to match donations to the food bank generated by the project, or just to donate outright. As of this writing, he’s raised over $20,000 in pledges before release.

SEE ALSO: Terence Blanchard Has Worked With Spike Lee for Decades and Still Gets Hyped

Mobley came up with the idea for the album in March. He’d been planning to tour throughout the spring and summer, anchored by South by Southwest, the festival where he and many Austin musicians make a substantial amount of their income for the year. With gigs and festivals canceled, though, he had little on his calendar—and realized that that would be the case for many other musicians as well. “I knew that a lot of people whose schedules wouldn’t ordinarily be open all at the same time would be open. So it seemed like a really good opportunity to bring people together.”

Sure enough, everybody who Mobley approached was eager to participate, and the range of musicians, styles and approaches is gleefully dazzling. Bassist Felix Pacheco offered a slinky Latin groove with reggae inflections, which filmmaker Frank Kim turned into a cross-cultural jam with images of an Asian woman practicing martial arts stick fighting. Percussionist TaSzlin Muerte for his track sampled the last moments of Pacheco’s hook for a booming synth- and echo-heavy dance track. Andrew and Dorothy Bennett added film of a guy stomping and shaking in a hat with streamers coming down over his face.

The next contribution came from nonbinary singer-songwriter Sabrina Ellis. They told me that they had never recorded a track alone: “I was a little bit intimidated. I’m not a sound engineer.” But they said they really wanted to participate in part “because it was really jarring and really heartbreaking to go into this lockdown.” They had just begun a five-month tour that had been planned since September when lockdown started in March. To make matters worse, the stress of lockdown led their romantic relationship to crumble. “I was feeling empty-handed and lost and traumatized. The project was exactly what I needed at the time.”

The snippet Ellis heard from TaSzlin Muerte’s song was in the key of B, which Ellis had never written in before. They spent half a day of their 48 hours figuring out chord fingerings, before writing their piece with just a mic and Garageband.  The completed song is a stripped-down strummed ballad to a black fly circling in their room. A fly is a poor substitute for a significant other, and the track is decidedly melancholy. But it’s also inspiring, as you listen to Ellis gather their loneliness up and figure out how to make something beautiful from it, in close to real time.

The very short deadline was a draw for Shreveport-based singer-songwriter AJ Haynes of the Seratones. Like other musicians, she’s lost gigs, and has been emotionally and financially struggling throughout the lockdown. She’d written lyrics “for a friend of mine who had a really traumatizing childhood and home was not a safe place for her.” She’s also been thinking her other job as a reproductive health advocate at an abortion clinic; the women she works with often have family situations that are frightening and dangerous.

Haynes’ track isn’t dark, though. It’s a swaying jazzy lullaby, as her powerful voice flexes and caresses with soul. “When home is an empty row of teeth…/well, wrap your arms around me/and don’t you worry none/I promise I’m as steady as they come.”

At a time when loneliness and fear follow everyone to where they live, Haynes and Home Unfamiliar are a reminder that music and art can still talk to you. An unfamiliar home can be an ominous thing. But it can also mean you’ve gotten together with friends, loved ones, and neighbors to create a new and better place to live.

A Home Unfamiliar premieres on Alamo on Demand July 17, with pre-orders available July 8. 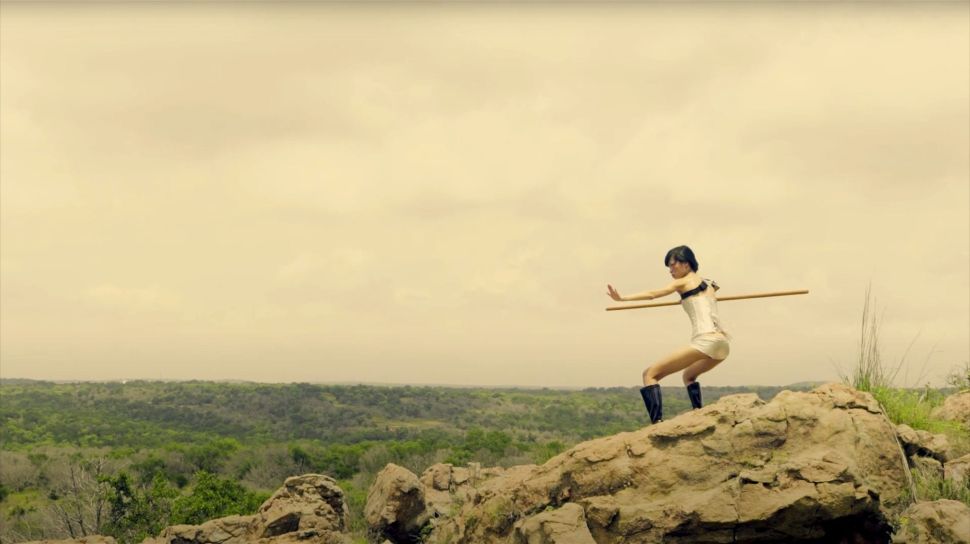