In theory, anyone with a camera and an inside line to celebrities can direct a documentary called Showbiz Kids. But only a member of that ultra-exclusive club possesses the emotional know-how to truly dig deep and examine the highs and lows of growing up, Hollywood-style.

Cut to Alex Winter. As in, Bill & Ted’s Excellent Adventure Alex Winter. He’s nearly 55 years old now, married to movie producer Ramsey Ann Naito, a father of three and living in Los Angeles. He still has that mop of curly blond hair, but the baby face now features some well-earned wrinkles. To call the fascinating Showbiz Kids (premiering on HBO Tuesday, July 14) his labor of love isn’t quite accurate considering he’s spent the past two decades trying to chronicle his life as a child actor via the perspective of others who have been through the same industry trenches.

“To express my experiences as a child in film was really important to me,” he explains. “But it’s been a long-gestating process because I didn’t want to be so salacious. My goal was to discuss some of the darker aspects of the world in a more open and honest and intelligent way. So I set out to find actors that span time but also would have the willingness and the ability to be articulate and open.”

“When you’re a child actor, you’re pitting those magical highs against some extremely traumatic negative experiences.”

That means no ripped-from-the headlines details about an underage Lindsay Lohan partying in Las Vegas. And forget the gossip about, say, Britney Spears and Justin Timberlake’s behind-the-scenes shenanigans during The New Mickey Mouse Club in the early 1990s. Instead, Winters traces his adventures via the likes of former child performers Jada Pinkett Smith, Milla Jovovich and Cameron Boyce (who tragically died in 2019 after filming) as well as introverted adolescents-turned-eloquent-adults Henry Thomas (E.T.), Evan Rachel Wood (Thirteen) and Wil Wheaton (Stand by Me, Star Trek: The Next Generation). Todd Bridges (Diff’rent Strokes) laments about his decades of drug addiction; Mara Wilson (Mrs. Doubtfire, Matilda) freely admits that Hollywood wasn’t interested in her after she got taller and her adult teeth grew in. But for the most part, the former kids are alright.

While collecting the anecdotes, “I was surprised the personal trajectories were so similar,” he says. “I had a similar story to Diana Serra Cary, a child star from the 1920s who was 101 years old [she died after filming]. And she had a similar story to Cameron and Evan and Will. We all progressed from child to young adult to mature adult. We all had fractured identities — you’re holding on to a professional identity so there’s a lot at stake and a lot of responsibility involved. And yet you weren’t just a kid like everybody else. It was actually reassuring that I wasn’t alone.”

The son of two professional dancers, Winter himself started doing commercials around age 8. That’s right around the time he looked up to child star Kristy McNichol in Family. A few years later, he uprooted from Missouri to New York City and started performing in Broadway musicals such as Peter Pan. He still remembers standing on stage at the empty Uris Theater and singing his heart out in front of Yul Brynner in his final audition for The King & I revival in 1977. Other auditions didn’t go quite as well: “When you’re a child actor, you’re pitting those magical highs against some extremely traumatic negative experiences. It’s difficult to navigate.”

Winter doesn’t elaborate on the negative. He also isn’t quick to point a finger at the clichéd pushy stage parents (or, at the other end of spectrum, absentee ones.) “There’s no definitive reason why someone succeeds,” he says, noting that Bridges ended up deeply troubled despite a stable and supportive upbringing. “I think it’s a combination of luck of the draw and good parenting.”

With that knowledge in mind, Winter says he knew as far back as high school that he wanted to phase out of acting and start to write and direct. He attended New York University film school and worked behind the camera on shorts. He still auditioned for roles but didn’t get his hopes up. Then, in 1988, he landed a role of a music-loving, academically challenged time-traveling teen opposite a guy named Keanu Reeves in the shoe-string-budget comedy Bill & Ted’s Excellent Adventure.

Did he think that maybe, maybe, maybe the movie may someday reach beloved cult-classic status? “No!” he says with a laugh. “We had a really fun time making it. There was a lot of work involved. It’s not just showing up and going home. They’re physically hard and quite difficult, performance-wise. But we had zero expectations and just didn’t know what people would make of it.” The movie grossed $41 million in the spring of 1989, unofficially launched Reeves’ incredible movie career, spawned a slap-dash forgettable sequel—and, come August 28 (knock on wood), a long-awaited third installment in Bill & Ted Face the Music.

Only Christopher Nolan is more secretive about an upcoming movie: “I can’t say a whole ton about it because I don’t want to give anything away!” he says. “But Keanu and I are very close, and the camaraderie was already there before filming. We’ve been working on it for a long time and I’m looking forward to everyone seeing it.”

He is, however, more forthcoming when it comes to wisdom and advice for potential showbiz kids (and their parents). “I know the ins and outs of the business, and I’ve directed a lot of kids and I’ve talked to parents and I have to say that I don’t have an edict about not putting your kid in the business,” he says. “There’s no judgment. I have friends who are incredibly well adjusted. You look at kids like Cameron who were born to perform and was amazing at what he did. Some people are meant to do this. And I had a very positive experience.”

Just one footnote: “I wouldn’t personally do it with my own kids.” 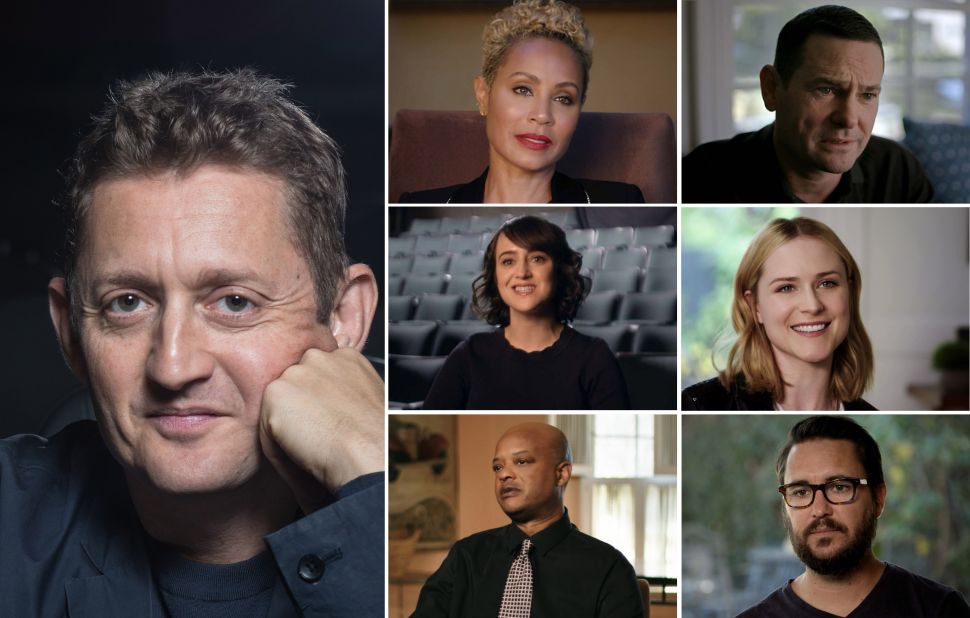