After the CEOs of Apple, Amazon, Google and Facebook testified before Congress in an unprecedented group hearing on Wednesday, all four companies posted huge profits for the pandemic-ridden second quarter (fiscal Q3 for Apple) Thursday afternoon against the harrowing backdrop of the worst domestic economic contraction in history.

Apple posted $2.58 earnings per share, versus expected $2.04, on a revenue of $59.69 billion, better than the expected $51.51 billion. The iPhone maker also announced a 4-for-1 stock split, effective August 31, which will give existing shareholders three give additional Apple shares.

Meanwhile, U.S. gross domestic product (GDP) just saw its worst plunge in history in the second quarter as the coronavirus pandemic put most economic activities to a halt. According to the Commerce Department’s release Thursday morning, GDP from the April-June period fell 32.9 percent on an annualized basis. Although it wasn’t as bad as economists had expected (34.7 percent), the drop was the worst on record since the 1920s.

The severe economic contraction was primarily driven by sharp drops in personal consumption (which historically accounts for nearly 70 percent of GDP), exports, investment and spending by state and local governments during the lockdown.

The report “highlights how deep and dark the hole is that the economy cratered into in Q2,” Mark Zandi, chief economist at Moody’s Analytics, told CNBC. “It’s a very deep and dark hole and we’re coming out of it, but it’ going to take a long time to get out.”

Apple, Amazon, Facebook and Google have a combined market worth of over $5 trillion. They are also among the companies least affected by the pandemic. Although Apple had to temporarily close stores early in the pandemic, and Facebook and Google have seen their digital advertising business decline, none of them had to permanently close shops or slash jobs like many companies did.

At Wednesday’s hearing, Apple’s Tim Cook, Amazon’s Jeff Bezos, Google’s Sundar Pichai and Facebook’s Mark Zuckerberg were questioned by House lawmakers for five hours on how these companies’ vast market power have unfairly suppressed competitors. All CEOs denied allegations of their companies being a monopoly in any market and dodged most questions on specific company issues and deals. 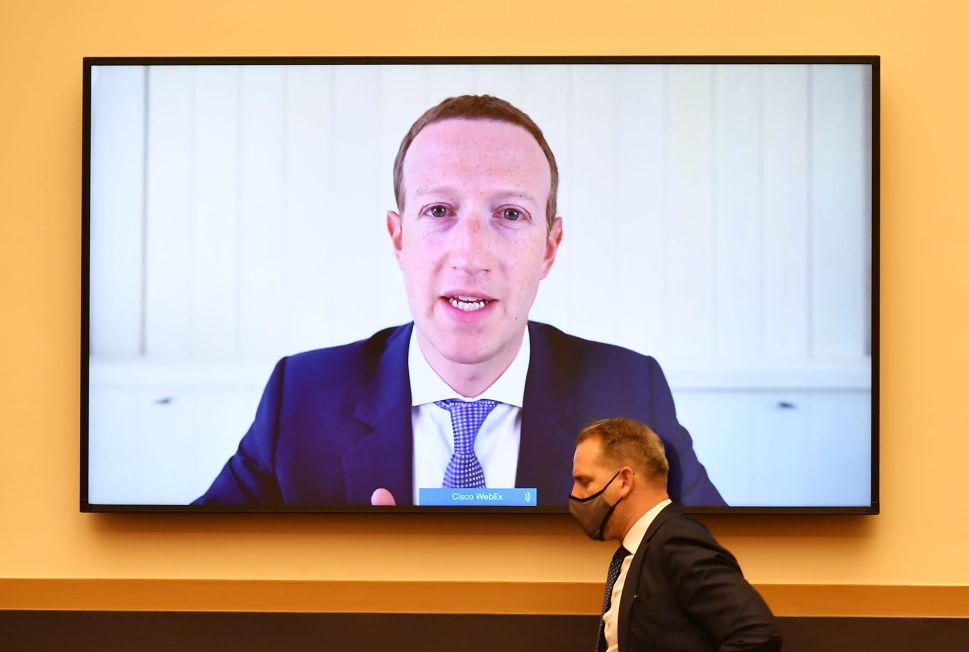