On Wednesday, Apple CEO Tim Cook, along with the CEOs of Google, Amazon and Facebook, testified before the House Judiciary Committee’s antitrust panel in a historic hearing about a yearlong government probe into anti-competitive behavior of large tech companies in the U.S.

For Apple, the most valuable company in the world, the issue at center is its App Store, which is the only way hundreds of millions of Apple device owners can purchase and install software. Apple has faced mounting criticism in recent years over its market power in mobile apps—and therefore smartphones (since you need to have an iPhone to get access to App Store apps.)

But Cook dismissed allegations that Apple is a monopoly of any kind. “Apple does not have a dominant market share in any market where we do business,” Cook said in his opening statement. “The smartphone market is fiercely competitive, and companies like Samsung, LG, Huawei, and Google have built very successful smartphone businesses offering different approaches.”

Critics of the App Store have questioned Apple’s practice of charging a commission up to 30 percent on everything changed hands on the platform, as well as its sole power in deciding what apps are allowed in the App Store and what’s not.

Cook argued that the App Store’s 30 percent cut is actually a lot lower than what its competitors could have charged.

“Apple’s commissions are comparable or lower than commissions charged by the majority of our competitors,” he said. “And they are vastly lower than the 50 to 70 percent that software developers paid to distribute their work before we launched the App Store.”

Cook stressed that Apple has never raised the commission rates for the App Store since 2008 and that only a small fraction (16 percent) of app developers are subject to that fee because their apps require capabilities provided by Apple devices to function.

On controversies over Apple’s app selection, Cook acknowledged that Apple is a “gatekeeper,” but said the company’s goal is to get more, not fewer, apps on to the platform.

“Clearly, if Apple is a gatekeeper, what we have done is open the gate wider,” he said. “We want to get every app we can on the store, not keep them off.”

“Because we care so much about privacy, security and quality, we do look at every app before it goes on. Those rules apply evenly to everyone,” Cook added during the Q&A session. There are 1.7 million apps in Apple’s App Store. 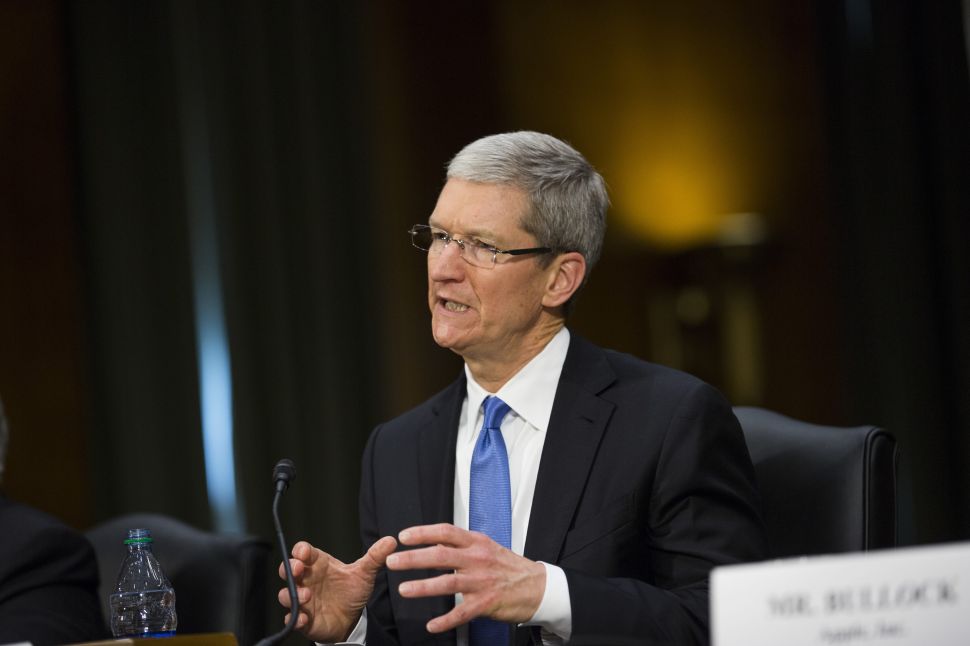