The art market is huge global industry, currently valued at approximately $64 billion. Until the 19th century, it was far more parochial, flanked principally by aristocrats who bought antiquities and renaissance masters. It was in the mid-1800s that the market really started to flourish in Europe. Wealthy capitalists and industrialists caught the bug for collecting both the Old Masters and newly emerging Modern art. By and large, the works they were trading in were authored by men. A few early practitioners, from Élisabeth Louise Vigée Le Brun of the early 18th century to Georgia O’Keeffe 1915, were able to punch through, leaving a lasting impression. The Contemporary and Modern art movements, and the social changes that paralleled them, gave more opportunities for women to receive instruction and garner notoriety, bringing names like Frida Kahlo, Cindy Sherman, Marlene Dumas, Sherrie Levine, Sturtevant, Jenny Saville and Rachel Whiteread to the fore.

Over the last few months, the world has witnessed events that made the use of the word “unprecedented” sound like a cliché. First came the economic and social upheaval triggered by the outbreak of COVID-19. In the midst of that erupted the widespread protests and public outcry, spanning continents, against the institutional racism and police brutality inflicted against the African Diaspora. The art world, which fancies itself on the progressive front lines, was not exempt from this reckoning. As letters from arts organizations and businesses began to appear, pledging their commitment to diversity, the industry’s almost exclusively white makeup was put in the spotlight.

The tragic omission of people of color both male and female from the arts has resulted in devastating sociological implications, not only for the African continent and Diaspora, but for our entire modern world. This comprehensive lack of understanding of the substantial expertise, tenets and artifacts that have facilitated modern and ancient culture has led to enormous alienation, subjugation and discrimination, fanned by hundreds of years of oppression and cultural appropriation. Many organizations are trying to take some responsibility, deeply investigating their own complicity and committing to restructuring, while also donating to black minority ethnic charities.

SEE ALSO: The Guggenheim’s First Black Curator Is Denouncing the Museum’s Treatment of Her

In a public letter, Artnet pledged its support for The Bail Project and Black Girls Code, acknowledging that the industry must change immediately. Chief Executive of Artnet, Jacob Pabst spoke with Observer after releasing the company’s public statement on diversity. The global reckoning has brought some of the facts the company has unearthed in its research into the spotlight. “In 2018, we did a study on the representation of black artists in museums, and we found that art by African American artists made up only 2.4 percent of acquisitions of the 30 museums we surveyed,” Pabst noted. But it doesn’t stop there. “The art world has problems with diversity in almost every sector, from representation of black artists in museums to prejudiced hiring practices in galleries and art institutions. [Recently,] Art Basel hosted its marquee fair online, and not a single one of the galleries showing was owned by an African American dealer.” In light of this, the question becomes, other than donating money to causes, how do we really effect systemic change in the art word?

The reality is we must start at the beginning, to try to understand how we got into our current situation. Touria El Glaoui, one of the most prominent and inspirational leaders in Contemporary Modern African Art and the founder of 1-54 Contemporary African Art Fair, told Observer, “In general, the Western canon aesthetic has been at the center of the art world, unfortunately everything around this is on the periphery, Modern African art, but also art from other areas, seems to be considered regional art. I think this is because many of the historians are from the West, so this is why it is taken as the reference point.”

This historical bias is an important point to articulate. Recognizing it allows us to look for paths of correction. “Africa was not always so viable to access, but this is now one of the variables that is helping with its current success. We are trying to fill a gap in terms of including a huge continent that had previously been quite missing. It was a journey of discovery for us all. The audience soon realizes that this art is indeed of excellent quality. The variable was just the access, due to people not going on the African continent to find African Artists,” El Glaoui said.

Fortunately, those astute organizations who appreciated the quality and value of African art are now at the forefront of this burgeoning market; few surpass the renowned and esteemed auction house Bonhams, fashioning world records with artists including Ben Enwonwu’s Tutu, which sold for £1.2 million ($1.5 million) in 2018. During their recent New York and London auctions, Bonhams continued to reveal the immense capacity for African Art, championing Enwonwu, El Anatsui, Yusuf Grillo, Yinka Shonibare, Chéri Samba, Skunder Boghossian, Romauld Hazoumé, Malangatana and Bruce Onobrakepeya. There is a certain inextricable genius that went into the selection process for the cover work on the New York sale brochure featuring Papa Ibra Tall, an emerging Senegalese artist, as well as that of the London auction, showcasing artist Zanele Muholi. Traditionally, neither of these works would usually make the cover, not being the most highly valued, nor by the biggest name on sale (those tending to be white artists).

This unorthodox approach is certainly what is needed if the art market is ever to become truly diverse; an adept foot forward in familiarizing collectors with the wealth of spectacular collectible art that is on the market. Bonhams Modern and Contemporary African Art specialist, Helene Love-Allotey, said “When it comes to auctions, traditionally the top lot goes on the front.” Speaking of the selection of Muholi’s work, she explained, “It just felt more powerful and relevant to put a black non-binary artist on the front, that is a champion for equality.”

The reality is, even minor diligent alterations like this change the view of how the auctioned work is perceived and therefore the system itself. Although it may not be those artists that are attracting the biggest investments at present, they may one day. Artistic Director at Frieze London, Eva Langret, further elaborates, “There is a system in place that makes it harder for Black POC communities to access positions in our industry.” The reality is that getting into the art world relies on a robust network of contacts, support, time and finances, the latter being one of the biggest factors that influences success. She explains, “For instance, low paid entry jobs form an obvious barrier of entry they are only viable for young people with an existing financial support system. Most curatorial positions require a PhD but prohibitive university fees limit access to higher education only to those whose families can afford it.” The reality is that organizations must address the systemic lack of diversity head-on, in combination with donating and supporting Black minority ethnic organizations, if there is to be any potential for real change. Furthermore, it is essential to look at the various contributing factors such as accessing education right through to the recruitment stage. We cannot just rely on increasing the optics of visibility and representation in programming alone.

If the consensus really is for change and not just mere posturing and placation then it is obvious that the art world needs a major shakeup. The industry at large makes a considerable progressive move towards equality that goes beyond performative activism. Changes might include showing more exhibitions by people of color from areas that have been largely overlooked, hiring more black and minority ethnic people in leadership roles and on a ground level, opening up staffing pools in human resources, auditing PRs to find out how many people of color they have worked with, offering discounts on subscription-based registrations for Black and minority ethnic galleries where necessary, supporting scholarships, traineeships, apprenticeships and assisting jobs to ensure that those Black applicants acquire the necessary skills to perform at the highest standards. Taking these steps will enrich the entire industry with a fuller, intuitive, socio-cultural understanding of the modern globalized world. It is only in this way that true long-lasting substantial change can take place and continue to be maintained for generations to come. 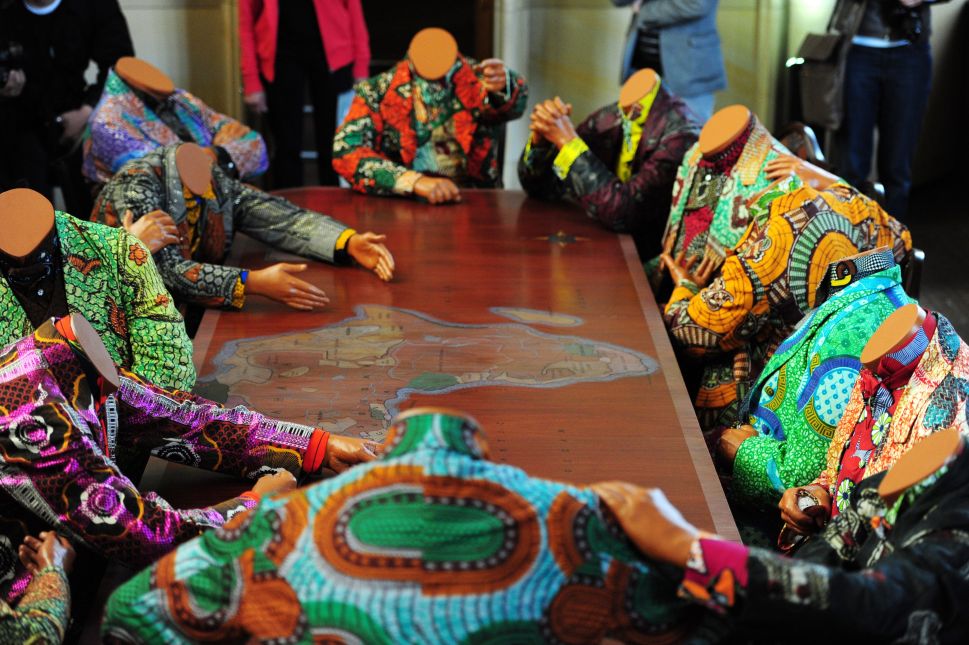