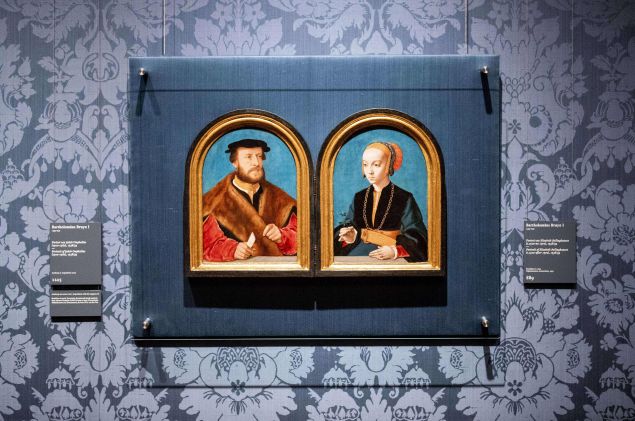 For over 350 years, a dual-paneled Renaissance portrait of a married couple painted in 1539 by the artist Bartholomäus Bruyn remained intact. However, during a London auction house sale in 1896, the panels were inexplicably separated. Now, according to a new report from The Guardian, the portraits of the married couple Jakob and Elisabeth Omphalius have been brought back together, thanks to the extremely diligent efforts of a curator at the Mauritshuis museum named Ariane van Suchtelen. Eventually, it was discovered that the portrait of Jakob had wound up for sale at a small auction house in Paris in May of 2019, and that the portrait of Elisabeth had found a home at the the Mauritshuis museum in The Hague.

“At the auction they were separated, maybe to make more money—in the art trade you never know,” Van Suchtelen explained to the Guardian. “The man was sold to an English dealer, Ralph Brocklebank, and the other portrait ended up in the collection of Cornelis Hoogendijk, who left it to Rijksmseum in 1912. So we had everything apart from Omphalius’s painting. I had to keep my eye open.” Even amongst innumerable spectacular examples of Renaissance portraiture, the visages of this particular married couple are particularly spectacular.

The painted image of Elisabeth is decked out in sumptuous green fabric and a vivid orange hair wrap, and in her hand she’s holding a bittersweet sprig; this is understood to signify an upcoming wedding ceremony. For his part, Jakob’s painted image is similarly regal: he’s clothed in what appears to be fur and wears a stoic expression. Bruyn, who is also known as Bruyn the Elder, was known both for his religious paintings and for his portraits. The paintings of Jakob and Elisabeth show how those two painterly instincts could melt together: maybe they were just an ordinary couple, but the painter’s brush has made them look like biblical icons. 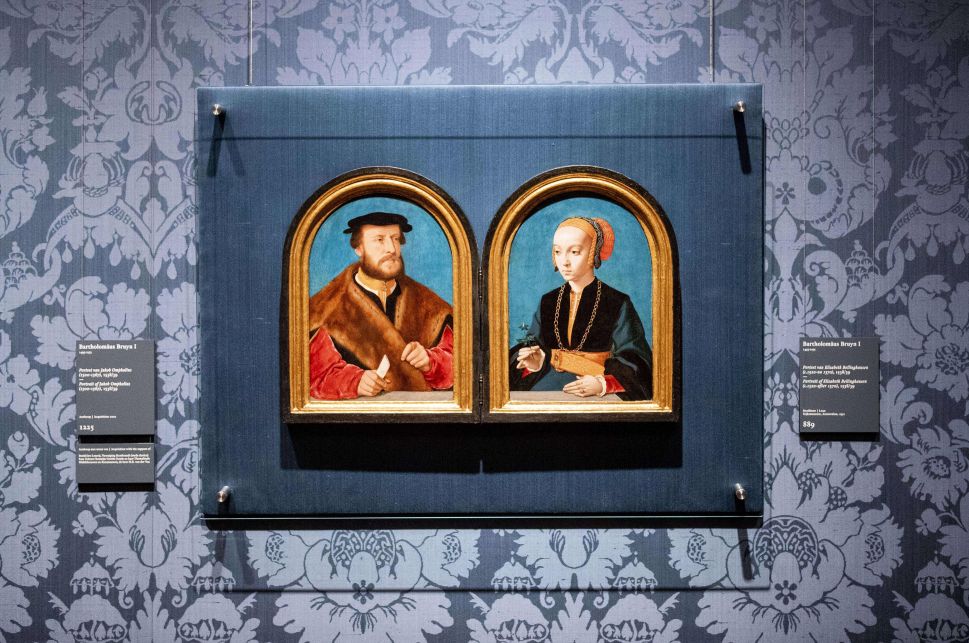