Despite more than 32 million subscribers and the recent backing of The Walt Disney Company, Hulu is rarely mentioned among the upper echelon of streaming services. Netflix understandably sucks up a lot of the conversation’s oxygen and Disney+ is the fastest growing streamer on the market, but why can’t Hulu earn a kernel of some very well-deserved respect? It’s one of the best bang-for-your-buck streaming options with more than 1,750 TV series available and upwards of 1,000 films.

On that last front, Hulu has quietly put together an impressive movie library, especially when you root around for some of the less obvious titles. A strong handful of pictures that failed to make much of a dent at the box office upon their original releases are worthy of a second look from the comfort of your home.

So, for your viewing pleasure, we have plucked the 10 best movies currently on Hulu that flopped at the box office. Be sure to check out similar lists for Amazon Prime Video, Netflix, Disney+, and HBO Max. Each title below is linked to its Amazon page, for your bingeing convenience.

The Sisters Brothers was among a trio of costly features that wound up thrusting Annapurna Pictures into dire financial straits. That’s a shame, given that it’s an introspective Western with fantastic leading performances from Joaquin Phoenix and John C. Reilly. What begins as a familiar gun-toting New Frontier tale gives way to a more revealing story familial loyalty and regret. Watch it on Hulu.

The Cabin in the Woods

Hardly a box office bomb but far from a massive success, The Cabin in the Woods is a stone cold modern classic that cleverly subverts the horror genre’s foundational tenets in favor of something far more fun. It’s the net positive of the last decade’s emphasis on meta-humor and a highly enjoyable look at a pre-Marvel fame Chris Hemsworth. Writer and director Drew Goddard combines a good old fashioned geek out with spirited self-awareness. Watch it on Hulu.

Heathers wouldn’t fly today as evidenced by the 2018 reboot TV show’s complicated path to the screen. The 1989 film follows Winona Ryder’s Veronica Sawyer and her sociopath boyfriend J.D. (Christian Slater) as they cut a bloody path of retribution throughout their clique-ruled high school. It’s a black comedy rooted in teenage nihilism, suicide, and social hierarchy—an unpalatable combination for modern sensibilities. But it’s mark on pop culture is undeniable and there’s a visibly sanitized through-line from Heathers to Jawbreaker, Varsity Blues and Mean Girls. Watch it on Hulu.

Baby Boomers don’t seem to have much of a grasp on the concept of toxic masculinity, so Colossal—a black comedy masquerading as science fiction—is a good example to learn from. The film follows Gloria (Anne Hathaway), an unemployed writer who unwittingly manifests a giant monster in Seoul, while struggling with alcoholism and an abusively controlling colleague. Yes, it’s an odd concept, but the over-the-top sci-fi elements are present to underscore the destructive nature of the “Nice Guy” cover. Hathaway described the project as “Godzilla meets Lost in Translation,” which is a pretty cool hook. Watch it on Hulu.

If you enjoy Andy Samberg and the Lonely Island’s brand of clever know-nothing comedy, than you’ll have fun with Hot Rod, which has slowly grown into something of a cult classic. If you’re not a fan of seemingly aimless shenanigans and anti-humor comedy, than keep on moving. Watch it on Hulu.

Writer-director-star Christopher Guest is a gift to comedy, which makes the fact that he hasn’t made anything new since 2016 all the more depressing. But we can still revisit his 20-year-old mockumentary Best in Show, a “behind the scenes” look into the highly competitive and cut-throat world of dog shows, in the meantime. Best in Show takes a very specific and, frankly, odd premise to its illogical limits with a stellar cast that also includes Parker Posey, Michael Hitchcock, Eugene Levy, Catherine O’Hara and John Michael Higgins. It’s all hilariously off-the-cuff or, in this case, off the leash. Watch it on Hulu.

Solid low-fi horror, Europa Report revolves around a crew of international astronauts sent on a private mission to Jupiter’s fourth moon in search of extraterrestrial life. As one can expect, things go awry. Europa Report is minimalistic and stylish, using its low-budget to its advantage to create straightforward thrills. Solid late night viewing option. Watch it on Hulu.

Tom Hanks, Julia Roberts, and Philip Seymour Hoffman star in an Aaron Sorkin-penned movie directed by Mike Nichols and inspired by true events. Does it get any better than that?

Charlie Wilson’s War most definitely sanitizes history. But the story of the Texas congressman’s covert dealings in Afghanistan, where his efforts to assist rebels in their war with the Soviets had some unforeseen and long-reaching effects, provides us with electric chemistry among the cast and a deeper look at a forgotten chapter of 20th-century history. Watch it on Hulu.

Normally, you wouldn’t catch us recommending a mumblecore movie, a popular recent sub-genre of lightly scripted fare. But Drinking Buddies is the rare mumblecore feature that’s actually, well, good. Powered by a talented cast that includes Olivia Wilde, Jake Johnson, Anna Kendrick and Ron Livingston, Drinking Buddies is a smart and funny exploration of friendship, romance, and everything in between. Watch it on Hulu.

If Beale Street Could Talk

Moonlight director Barry Jenkins followed up his Oscar-winning feature with the underrated If Beale Street Could Talk, based on the 1974 James Baldwin novel of the same name. If audiences were curious if Jenkins was a one-hit wonder, Beale Street quickly puts those concerns to bed with taut storytelling that shifts between outright hilarity and undeniably heartbreaking. Here, Jenkins cements himself as the torchbearer to Jonathan Demme. Watch it on Hulu. 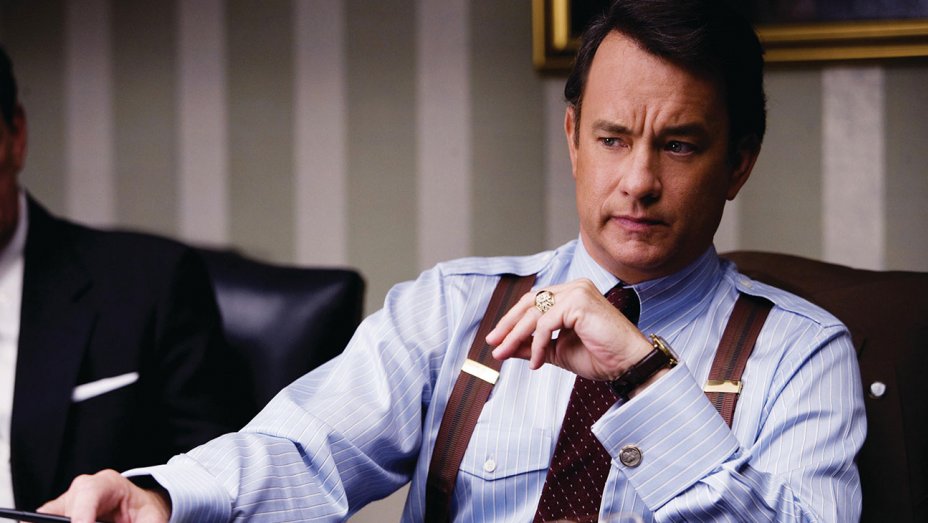