Netflix, Amazon, Disney—oh my! There are so many major streaming services flooding the market that it’s impossible to keep track of them all. Earlier this month, we added yet another well-resourced streamer to the list when NBCUniversal’s Peacock launched. While the service drew some well-earned snark across Film Twitter when it was revealed that the Jurassic Park and Matrix films would be leaving after two whole weeks, Peacock is still flush with quality cinematic options.

Rather than go straight for the obvious titles—as much as we all enjoy Matt Damon’s ass-kickery in the Bourne franchise—we perused the overlooked features that are worthy of a second look from the comfort of your home. So, without further ado, here are Peacock’s 10 best movies that originally bombed at the box office.

Be sure to check out similar lists for Amazon Prime Video, Netflix, Disney+, Hulu, and HBO Max. Each title below is linked to its Peacock page, for your bingeing convenience.

We all slept on a modern-day classic when Children of Men arrived in 2006 to a societal shrug of indifference. Now, with theaters closed since March and audiences desperate for fresh content, we further see the error of our ways.

Visionary director Alfonso Cuarón crafts a grim and grimy dystopian future in 2027 in which the human race has lost the ability to reproduce. But when a former activist agrees to help transport a miraculously pregnant woman, the fate of the species will be in his hand.

Children of Men is a multifaceted thriller. It incorporates both visceral action—Cuarón mastered the tracking shot before it was en vogue—and stark commentary on society’s struggle to live. It is an elevated disaster film, far more concerned with the philosophy of existence than its downfall. Watch it on Peacock.

This 2018 dramedy is yet another notch in Charlize Theron’s scorching hot career over the last decade. From Prometheus and Mad Max: Fury Road to Long Shot and The Old Guard, Theron has consistently delivered in quality pictures. Here, she gives a stellar performance that was perhaps only overlooked at the Oscars because of an incredibly deep year of leading and supporting actress contenders.

Directed by Jason Reitman (Up in the Air) and written by Diablo Cody (Juno), Tully follows a mother of three (Theron) including a newborn, who is gifted a night nanny by her brother (Mark Duplass). Hesitant to the extravagance at first, Marlo comes to form a unique bond with the thoughtful, surprising, and sometimes challenging young nanny named Tully (Mackenzie Davis).

What follows is a tender, sweet, and often humorous look at modern parenthood and the complexities and contradictions that entails. Highly recommend this one. Watch it on Peacock.

Nicholas Cage is often the butt of snarky snickers these days, but he’s still capable of delivering when the material around him is worthwhile. Director David Gordon Green (Halloween) elicits one of Cage’s best performances (and movies) in recent memory with this 2014 drama.

Joe follows a hard-living, hot-tempered ex-con (Cage), who is just trying to dodge his instincts for trouble until he meets a hard-luck kid (Tye Sheridan) who awakens within him a tender-hearted protector. While the third-act doesn’t fully coalesce and the script may have more on its mind than on the page, Joe is still a restrained but soulfully determined exploration of friendship and violence. Watch it on Peacock.

After A History of Violence, audiences were well aware of what was in store for a team-up between star Viggo Mortensen and director David Cronenberg (brutality and great storytelling!). Sadly, that wasn’t enough to get them into theaters for this criminally underrated 2007 feature that struts as often as it lurks.

The film follows the mysterious and ruthless Nikolai (Mortensen), who is tied to one of London’s most notorious organized crime families. His carefully maintained existence is jarred when he crosses paths with Anna (Naomi Watts), an innocent midwife trying to right a wrong, who accidentally uncovers potential evidence against the family. Now Nikolai must put into motion a harrowing chain of murder, deceit, and retribution.

Eastern Promises, with its psychological drama and unflinching violence, is everything 2015’s Black Mass wanted to be. It musters equal parts intrigue and fear as we descend deeper and deeper into the depths of organized crime. Watch it on Peacock.

If for nothing else, Phantom Thread is worth watching as the final performance of Daniel Day-Lewis (so he says), the only thespian with three Oscars for Best Actor in a Leading Role. He is so utterly chameleonic that every frame of footage is a marvel of creativity and character specificity. Of course, it doesn’t hurt that director Paul Thomas Anderson is able to deftly blend intense sexual power dynamics, disarming humor, and beautiful scenery of a 1950s post-war London.

Phantom Thread is most certainly not everyone’s cup of tea and perhaps a bit too subtly ambiguous for its own good. But the power of Day-Lewis and co-stars Lesley Manville and Vicky Krieps is worth the price of admission—which is nil on Peacock—on its own. Watch it on Peacock.

As the feature directorial debut of Quentin Tarantino, there’s not much that hasn’t already been said about Reservoir Dogs. So, rather than regurgitate the endless commentary that’s already out there, I’ll simply say that Reservoir Dogs is a fascinating snapshot of a young auteur finding his own voice. That effort comes complete with its own pitfalls and high notes but is never once uninteresting. Watch it on Peacock.

Meet the Patels is the only documentary feature on the list. Not because we have anything against docs—they’re great!—but because these lists are meant to focus on narrative features. Yet Meet the Patels is so charmingly sweet, humorous and relatable that we couldn’t resist throwing it into the mix.

Ravi Patel is an almost 30-year-old Indian-American who enters a love triangle between the woman of his dreams and his parents. We all yearn for connection and hope to find love and we all must sift through familial expectations as we progress on that journey. But what separates Meet the Patels from your standard romantic comedy is its additional focus on cultural norms and how they too must adapt to a modern world. Watch it on Peacock.

Largely ignored upon its arrival in 1958, Vertigo has since become arguably Alfred Hitchcock’s greatest cinematic contribution. So, to the audiences of the 1950s, I have but one thing to say:

For all you young whipper snappers out there unfamiliar with Hitchcock’s oeuvre, Vertigo follows a San Francisco detective (James Stewart) suffering from acrophobia who investigates the strange activities of an old friend’s wife, all the while becoming dangerously obsessed with her. Hitchcock practically invents the bulk of thriller cliches in this one with a sharp originality and cutting sensibility that was far before its time. Watch it on Peacock.

Short Term 12 revolves around a 20-something supervising staff member (Larson) of a foster care facility as she navigates the troubled waters of that world alongside her co-worker and longtime boyfriend. If you ever felt the need to guard yourself against those in your life, if you ever felt the need to wear a mask to conceal your true feelings, if you ever felt lonely or weird or hopeless and that you didn’t belong—this is the movie for you. Guaranteed to elicit tears in a cathartic release of emotions, Short Term 12 is flat out beautiful. Watch it on Peacock.

An overlooked and forgotten entry in Adam Sandler’s run of nineties flicks, Bulletproof is a 1996 crime comedy that doesn’t always mesh the best of its two worlds, but does more than enough to entertain. Sandwiched in between Happy Gilmore and The Wedding Singer, it’s easy to see why Bulletproof, which co-stars the great Damon Wayans, has been lost to pop culture history. But there are a few standout scenes—including Sandler’s rendition of Whitney Houston’s “I Will Always Love You”—that make it a worthwhile weekend watch. Watch it on Peacock. 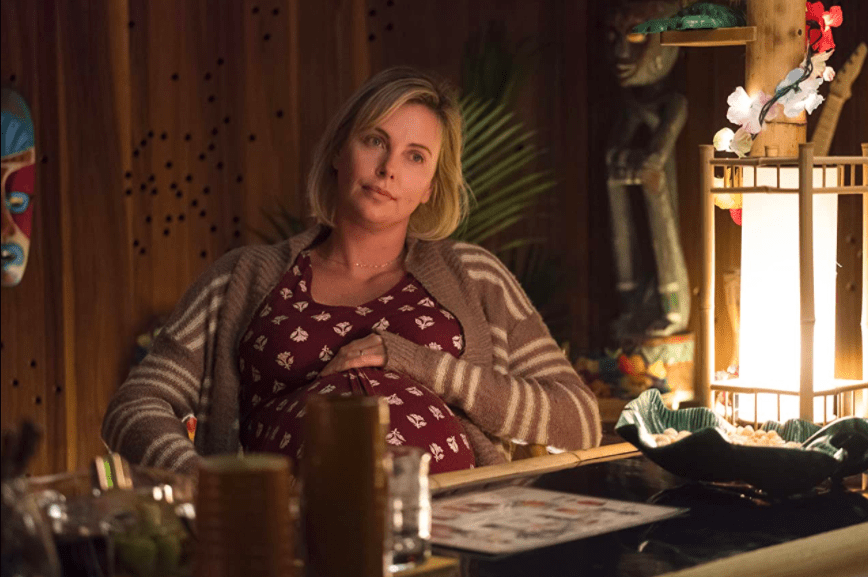