No, the state of opera is not normal yet; in fact, what we’re seeing this week probably isn’t even the new normal. But opera companies around the world gradually are offering new live performances to take the place of the archival streaming that’s been in place since early in the COVID-19 pandemic.

In a particularly ambitious project announced Saturday morning, the Metropolitan Opera promises a series of solo recitals by many of its most popular artists. Singers such as Roberto Alagna, Angel Blue, Javier Camarena, Joyce DiDonato, Renée Fleming, Anna Netrebko, Bryn Terfel and Pretty Yende will perform live “on location” in various picturesque castles, churches and historic mansions on Saturdays from now through the end of 2020.

The series debuts with Jonas Kaufmann in an 18th century abbey in Bavaria belting out arias from  Turandot, Tosca, Roméo et Juliette, Carmen and Andrea Chenier on the afternoon of July 18 and continues two weeks later with Fleming in a program originating from the Dumbarton Oaks Museum in Washington, D.C. Each recital will be available for two weeks for a $20 pay-per-view fee.

In addition to this new paid series, the Met will continue its free streaming of archival videos nightly at 7:30 p.m. Highlights this week include a Wozzeck from last winter designed and directed by William Kentridge and a genuine blast from the past: a telecast from almost four decades ago of the premiere season of Franco Zeffirelli’s venerable La Bohème production.

Across the Atlantic, where COVID is more nearly under control, companies are venturing live staged opera with specially configured audience spaces to preserve recommended social distancing. In the vanguard is the Teatro Real in Madrid, which is presenting multiple casts in La Traviata through the end of July. You can share the experience Wednesday afternoon starting at 2:00 p.m. when the company offers a free stream of a live performance featuring Marina Rebeka and Michael Fabiano.

Perhaps an even bolder project is a Rigoletto produced by Rome Opera but performed in the open-air Circus Maximus. The opera will be fully staged by Damiano Michieletto and starts Next Big Thing Rosa Feola as Gilda. This production too will be telecast, live at 3:15 p.m. New York time, on Thursday.

Finally, the Stuttgart Opera’s kaleidoscopic take on Wagner’s Ring cycle continues this week with Die Walküre. It’s fascinating and a little quaint to see an opera production from 20 seasons ago that would still shock New Yorkers.

With any luck, we New Yorkers will have the chance to be shocked in the theater early in 2021. Until then, there’s more than enough online opera available to keep us busy at home. 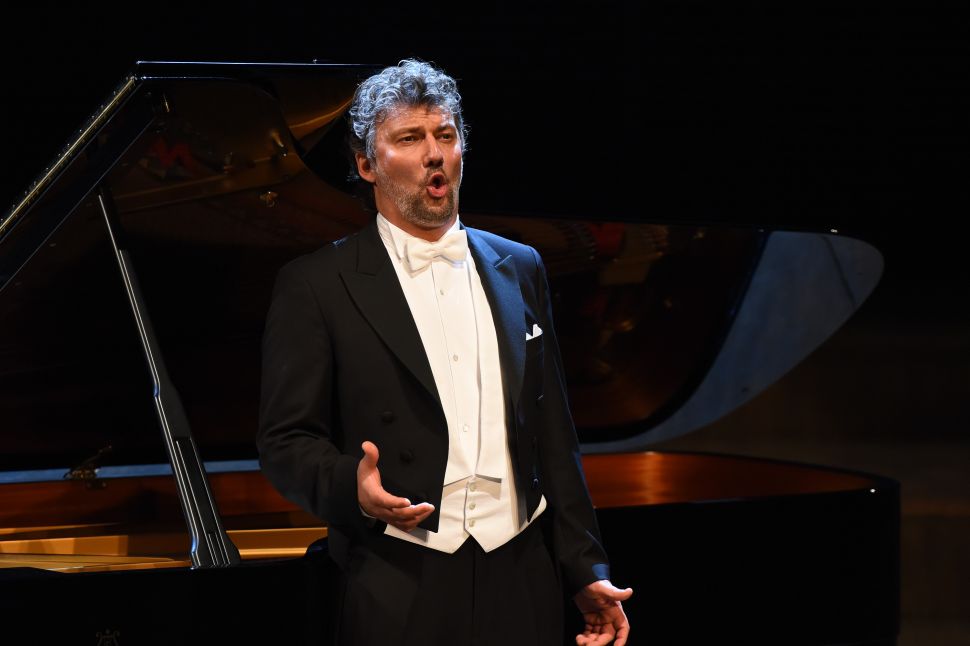