As we approach month five of the enforced absence of live opera in New York City, the practice of viewing streams of archival performances has quietly become the new normal. (I have almost forgotten what it felt like to sit in a velvet seat at the Met, surrounded by people coughing.)

The substitute, then, has at least for the moment replaced the real thing, the way frozen yogurt back in the 1990s eclipsed full-fat ice cream. In the case of opera, though, one vital aspect has gone missing. We’ve lost the sense of occasion, of being in the right place at the right time, for a performance that is both unique and ephemeral: dazzlingly here, and then gone forever.

Curiously, San Francisco Opera came bracingly close to achieving that quality last weekend with a stream of Janáček’s The Makropulos Case featuring the protean soprano Karita Mattila. This video, recorded in 2010, documents Mattila’s first take on the part, which curiously plays much more effectively, both dramatically and musically, than her attempt at the Met the following season.

Playing the role of a mysterious and charismatic opera diva named Emilia Marty (who, it turns out, has taken a potion granting her eternal youth), Mattila is in prime vocal form. The cool, shimmering quality of her tone suggests a kind of distanced irony in everything she does. In contrast, physically the character is casual, even a bit sloppy, as if, after centuries of life, she just can’t be bothered.

As the potion wears off in the last act of the opera, Marty philosophizes that ordinary mortals are the lucky ones: the very brevity of their lives invests everything they do with meaning. And so it was with this stream from San Francisco Opera: a dazzling glimpse at a great artist at her peak, available for only a weekend.

Fortunately for us mortals, the career of Karita Mattila coincides with opera’s video era, especially at the Met. This week we can see one of her most controversial performances, Tosca in the much-debated production by Luc Bondy from the fall of 2009.

“There was little sense of [Tosca’s] religiosity, her modesty—the things that make her great act of violence so shocking and devastating…Ms. Mattila was physically fearless throughout, as always, but for once that wasn’t what she needed to be,” wrote Observer’s opera critic, Zachary Woolfe, at the time.

In retrospect a decade later (and after some long-overdue reconsideration in American society about violence toward women) I think the Mattila/Bondy take holds up quite well. The production is anything but neat (just as Mattila’s singing is hardly bel canto) but in 2020 the squalor and nihilism of this staging ring all too true.

Also on the schedule this week is a pair of productions by Mary Zimmerman for the Met: a mostly successful Lucia di Lammermoor and a wrongheaded attempt at Rusalka redeemed only by Jamie Barton’s ferociously funny performance as the witch Jezibaba. 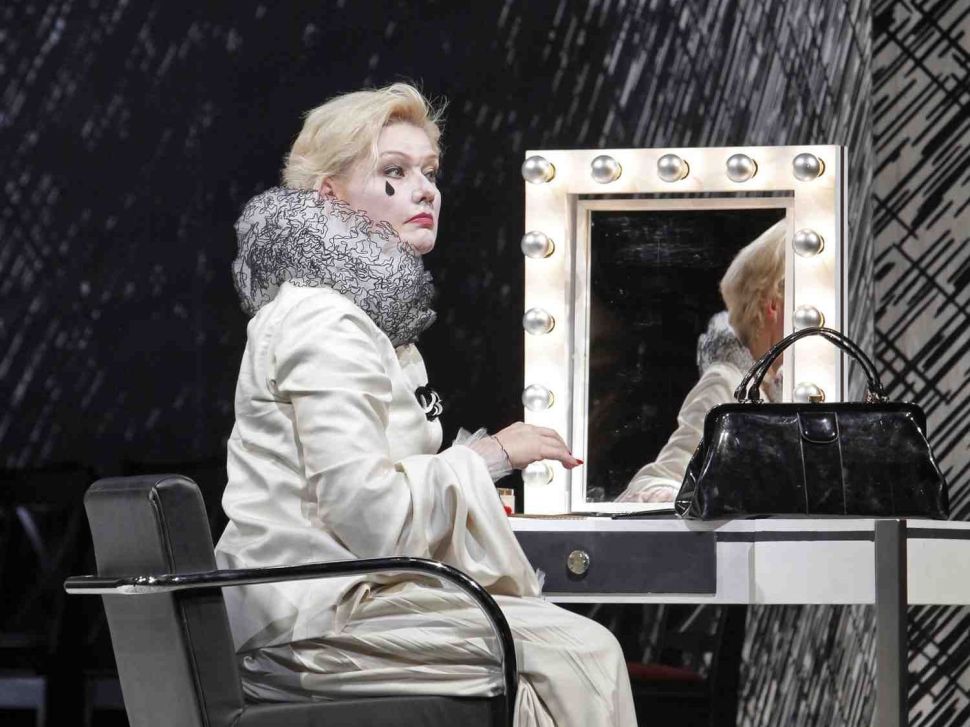