The flood of streaming opera videos from Europe in response to COVID-19 may have begun to dry up a bit, but that’s actually good news. Theaters like the Vienna State Opera and the Madrid’s Teatro Real are turning their efforts to new live performances specifically geared to observing social distancing restrictions.

For now, the United States is lagging in the recovery from COVID, which of course means further delays in reopening our theaters. So, for the present, the best and safest way to enjoy opera is still from the isolation of your living room or home office.

And there’s plenty to divert and enlighten you. For instance, the always innovative Stuttgart Opera starts a series of streams this week of the four operas that make up Richard Wagner’s massive cycle Der Ring des Nibelungen. If that title sounds familiar, it’s perhaps because the Met offered its version of this work only last season. What sets the Stuttgart performances apart is the Regie, or stage direction, which, perhaps as a reflection of the ambiguities and contradictions baked into the tetralogy, assigns each installment to a different director. Das Rheingold, streaming this week, is in the hands of Joachim Schlömer.

For a more traditional take on grand opera, you can feast on the Met’s 1988 telecast of Verdi’s Il Trovatore, which boasts a quartet of vocal powerhouses in Éva Marton, Dolora Zajick, Luciano Pavarotti and Sherrill Milnes and no less than James Levine conducting. If the production by Fabrizio Melano is short on interpersonal drama, it certainly is not stingy with pyro effects. This stream begins Tuesday at 6:30 p.m.

For a more thoughtful and absolutely contemporary operatic experience, you should at least sample Sky on Swings, a presentation of Opera Philadelphia. The piece, which stars legendary mezzo-sopranos Frederica von Stade and Marietta Simpson, “finds fleeting beauty in memory loss through an unflinching yet uplifting exploration of living with Alzheimer’s disease,” according to the company’s website. Certainly not your standard opera plot!

The Metropolitan Opera continues its mammoth project of streaming seven operas a week. On Thursday night, watch Zandonai’s perfumed love story Francesca da Rimini starring Eva-Maria Westbroek, Marcello Giordani and Mark Delavan. This “Live in HD” video March 16, 2013 is a testament to the the Met’s role as curator, a remarkably fresh-looking revival of a physical production that sat in mothballs for almost four decades.

The romantic languor continues on Friday, when the Met streams Tchaikovsky’s Eugene Onegin with the stellar cast of Anna Netrebko, Piotr Beczała and Mariusz Kwiecień, conducted by Valery Gergiev. Despite the work’s glittering ballets and resounding choruses, its focus is on the social misfits Tatiana and Onegin, each retreating into their own isolation.

Unlike them, we lucky opera fans have at least the prospect of rejoining society eventually. In the meantime, we have streaming opera. 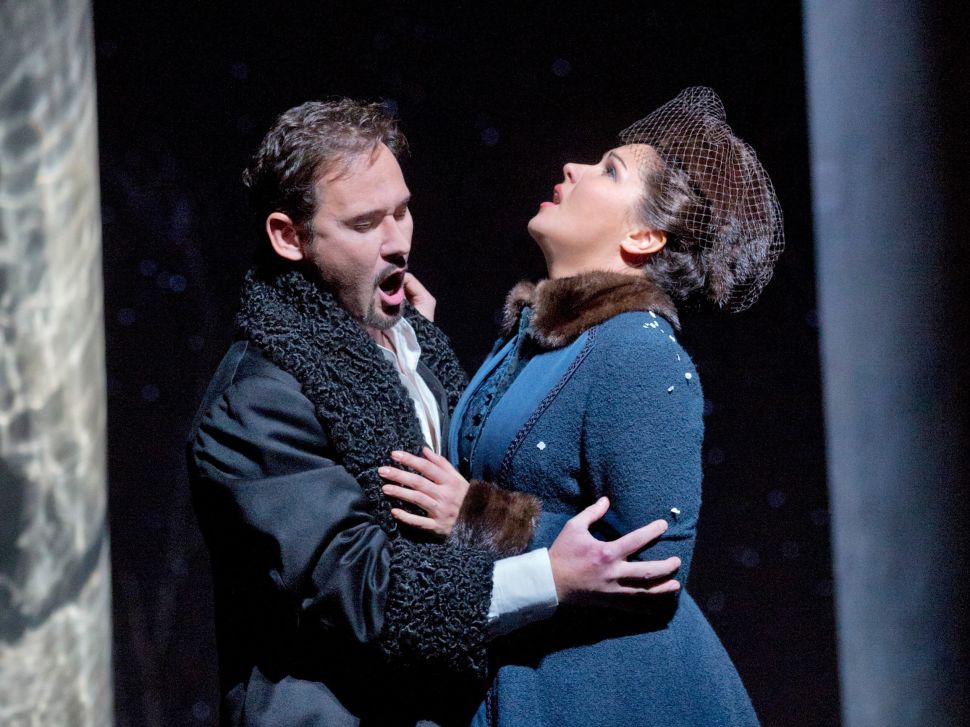