It’s been six years since Blake Butler released a new book. The prolific force that he has been since the early days of the literary internet, Butler had published something new nearly every year since founding his literary blog, HTMLGiant, back in 2008, be it fiction or personal recollection. But since 2014, his writing has laid dormant. Readers were left to wonder when, and what, the next book would be.

“All that matters is the work,” he tells Observer, discussing his priorities. “I try not to let myself think about [publishing] too long or I’d probably disappear.” It’s this form of clarity that comes from having been reacquainted with the one relationship and source of inspiration—language—that makes his newest so timely and bold. “I like to read, and I like to write. That’s all I have at this point.”

Butler, to date, has published seven books. His fiction exhibits an alarmingly masterful grasp of language that effectively haunts readers and chills them to the core. And he isn’t using horror tropes or jump scares; Butler turns language itself into an essential tool for horror. The writing is challenging and transgressive, but it is also dripping with perfectly rendered imagery of the macabre.

Butler’s first publication, Ever (Calamari Archive, 2009), a novella, introduces readers to a highly psychological open-house where Butler tours readers through a domestic location as it increasingly becomes a mirror for the narrator’s madness. “I’ve always been the kind of person that hung stuff all over their walls so you couldn’t see the walls anymore.” He expanded the concept of the domestic home as mirror for insanity in the novel There is No Year (Harper Perennial, 2011). He adds, “Kind of like being caged by innumerable imaginations.”

His nonfiction memoir, Nothing: A Portrait of Insomnia, explored the history of insomnia by way of being a long-time sufferer, complete with breathtaking writing that feels so much like it came from within the bubble of insomnia itself.

If his earlier work used the familiar terrain of home to pick apart the psyche, Three Hundred Million (Harper Perennial, 2014), his fourth novel, left home for good in search of meaning in a killing spree. It’s inspired by Roberto Bolaño’s 2666, and in particular the media coverage surrounding that novel’s release. Expecting a “grisly, brutal masterpiece,” he read the book and, as he told Timeout, “I actually liked it, but it turned out to be nothing at all like what I envisioned from its reputation, so I decided to try to write out that imagined book.” He went in search of the “grisly” and “brutal” missing parts and found so much violence it made one’s skin crawl.

With Alice Knott (Riverhead Books), his fourth novel, the book feels like it is built not into chapters or direct scenes but rather touring the synapses as we chart every corner of the eponymous main character’s psyche. “I don’t think art exists as a concept separate from flesh,” Butler muses, when asked about the destruction of art, the main theme of the new novel. “We live in a society entirely co-opted by criminals and the demented, setting us up to exist sick, alone and unaware of what the difference between sugar and shit is. Soon even death won’t be the end of it, if we don’t start thinking ahead.”

And that is exactly what underlines the narrative surrounding Alice Knott: Art is existence and existence has been co-opted by a society trained to devalue its qualities.

The eponymously named Alice Knott is a reclusive heiress living in a secluded mansion where she obsesses over art, and particularly collecting expensive art. By using her vast monetary inheritance to buy the art, her obsession acts as defiance, the taking of currency and finding a solid, tangible object from which she can see, touch, and observe. All is well until a group of people break into her house, not to steal but rather to destroy some art. They film the destruction and upload it online. The video goes viral and starts a trend of copycats, everyone going around and destroying art.

It is a compelling and frightening concept, one that Butler battles on the page with ease. The novel demonstrates Butler stepping out of the personal to explore the central madness of a culture-drenched, social-media driven society.

Alice is placed constantly in situations where those around her doubt her actions, claiming to do so due her maybe-tenuous grip on sanity. Blake argues, “Her sanity is not her question, it’s all of ours—[we] who see those who don’t play ball as somehow damaged, sick. We are all sick.” Especially now, with the world around us suffering and wilting against the effects of COVID-19, there is, increasingly, a realization that we, in all our hyper-focused, 24/7 news and overuse of social media, are no longer sane at all. “There’s only what goes missing from one moment to the next,” Butler says. “By the time it happens to you, it’s too late.” Perhaps, then, there’s still a reason we turn to books, especially novels.

Alice Knott uses language to carve through the darkness. Here, like with his earlier work (Ever, Scorch Atlas) and his last novel, Three Hundred Million, Butler has proven himself to be a cartographer of the psyche. A camera pointed on masked individuals drenching a painting with kerosene before setting a match to it; the modern American home, idyllic and clandestine on its exterior while inside, familiar spaces like bedrooms become warzones, morphing and shifting like a body flexing and contorting: These are the sorts of images that Butler leaves behind in your mind, never to be erased. Perhaps we can learn from him and embrace it, facing our fears instead tweeting out more performance and false positivity. 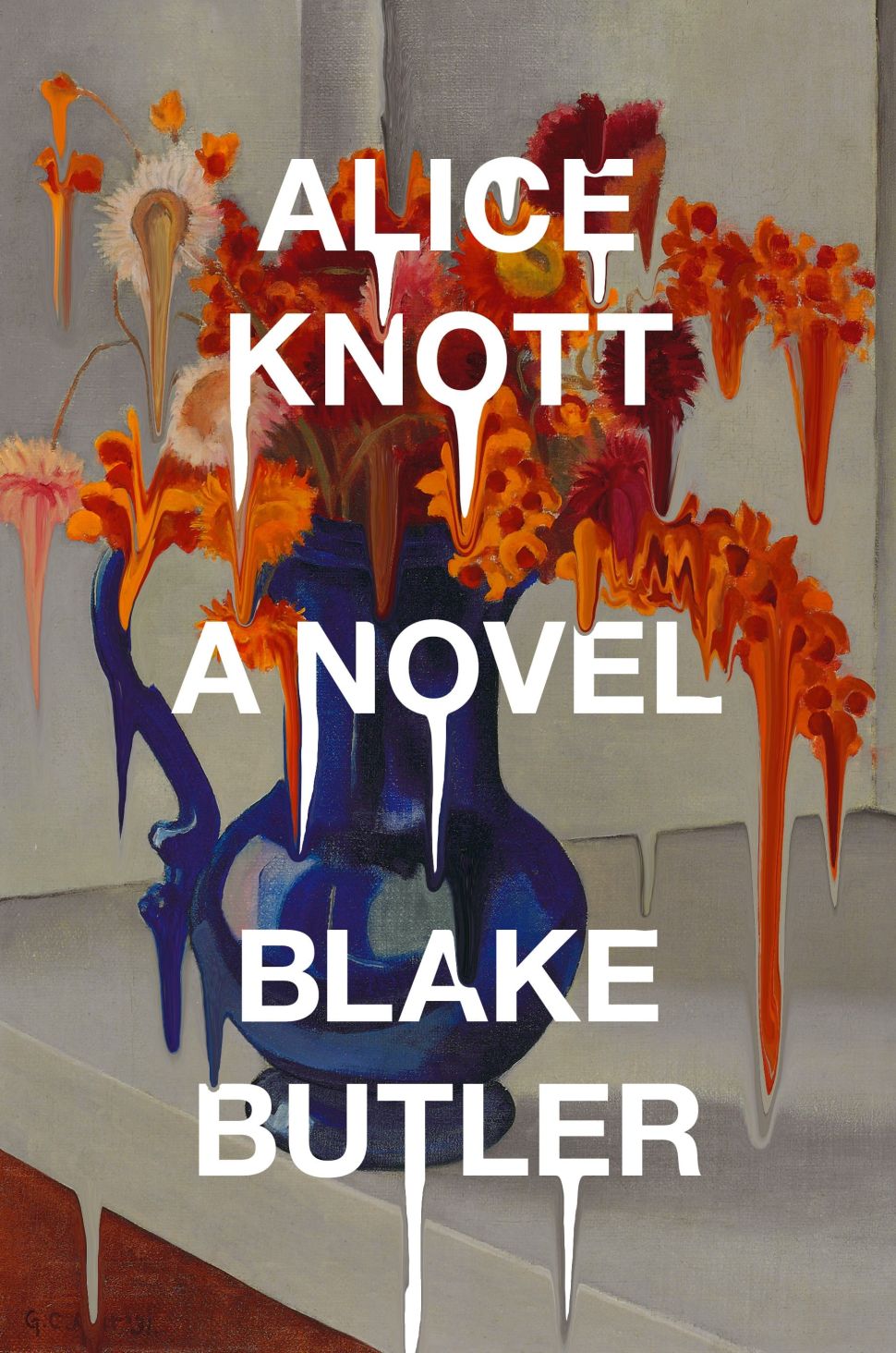