Early Thursday morning, China successfully set off its first fully homegrown Mars mission, the Tianwen-1, on to a monthlong space voyage toward the Red Planet, marking a new era in a space exploration sector long dominated by NASA.

Tianwen-1, which translates to “heavenly questions,” consists of an orbiter and a lander/rover duo. It’s the first attempt by any country to achieve orbiting, landing and roving all in one go. “No planetary missions have ever been implemented in this way. If successful, it would signify a major technical breakthrough,” scientists of the China National Space Agency (CNSA) wrote in a recent paper on Nature Astronomy outlining the mission’s objectives.

Four days ago, the United Arab Emirates launched its own Mars orbiter, Hope, atop a Japanese rocket to study the Red Planet’s atmosphere and climate. Taking advantage of the summer launch window, NASA will launch a Mars probe as well, the life-hunting Perseverance rover, on July 30. All three missions are scheduled to arrive at Mars in February 2021.

What Will Tianwen-1 Do on Mars?

In the Nature Astronomy paper, CNSA researchers laid out five scientific objectives of the Tianwen-1 mission: Map the geological structure of Mars, investigate surface soil characteristics, analyze surface material composition, and study the Martian climate and environment at the surface, as well as the physical fields (electromagnetic, gravitational) and internal structure of Mars.

If all goes according to plan, the Tianwen-1 probe will reach Mars orbit in February next year. The orbiter will settle into a polar elliptical orbit that will allow it to observe the planet’s surface from a height between 165 miles and 7,500 miles.

The rover is expected to touch down on the Martian surface in April or May somewhere within Utopia Planitia, a large plain in Mars’ Northern Hemisphere. Once deployed, the rover will spend about 90 Martian days (or 93 Earth days) studying its surroundings in detail.

What Else Is on China’s Space Playbook?

The Tianwen-1 mission is China’s second attempt at the Red Planet after a 2011 orbiter mission called Yinghuo-1 failed. The Yinghuo-1 mission didn’t include a lander or a rover.

China has been a frontrunner in pushing space projects over the past two decades. As The New York Times noted, the country’s space program is “one of the few that have launched their own astronauts and space stations to orbit.” China is also the first country to land a probe on the far side of the moon. Last January, CNSA successfully sent a robotic lunar rover called Yutu-2 to the moon as part of the Chang’e-4 mission. The rover is still roaming the dark side of the moon studying the lunar composition. 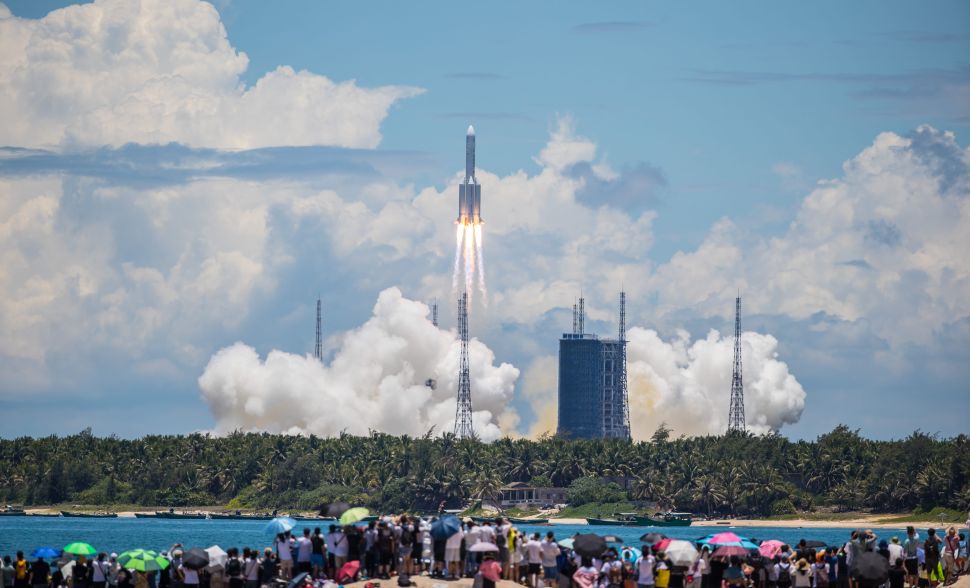