Tapestry Inc. chairman and CEO Jide Zeitlin, one of the few Black chief executives among Fortune 500 companies, has resigned from all roles at the parent company to Coach, Kate Spade and Stuart Weitzman amid a board investigation into his personal behavior involving a female model 13 years ago, The Wall Street Journal first reported on Tuesday.

Tapestry said Zeitlin had resigned for “personal reasons” after less than a year in the role. But the Journal revealed that the company had hired a law firm before his resignation to investigate allegations raised by a woman who accused Zeitlin of posing as a photographer to lure her into a romantic relationship in 2007.

SEE ALSO: A Second Coronavirus Stimulus Bill Is Coming. Here’s What It Could Mean For You.

Tapestry hasn’t responded to an inquiry by Observer for further comment.

“In the past month, a woman I photographed and had a relationship with more than 10 years ago reached out to various media organizations to express her concerns about what had occurred,” Zeitlin said in a statement Tuesday. “I felt compelled to resign today because I do not want to create a distraction for Tapestry, a company I care deeply about.”

The woman met Zeitlin in 2007, a year after he joined Tapestry’s board, on a website where he posed as a photographer under an alias, a person familiar with the situation told the Journal. They later entered into a romantic relationship, but Zeitlin never disclosed his true identity, this person said.

In 2009, Zeitlin was nominated by then President Barrack Obama to serve as an envoy to the United Nations for financial overhaul. But he withdrew the nomination even after it was approved by the Senate Foreign Relations Committee. The woman played a role in his withdrawal, the Journal‘s source said.

Zeitlin was adopted from Nigeria and raised in the U.S. He’s a graduate from Amherst College and holds an MBA from Harvard Business School. Before joining Tapestry, he worked as an investment banker for Goldman Sachs for two decades.

One of the only four Black CEOs in Fortune 500 companies, Zeitlin is the face of racial diversity and equality campaigns in corporate America. Last month, he gained widespread attention for writing a letter to Tapestry staff about civil rights and the Black Lives Matter movement. The letter was published on LinkedIn.

Tapestry said its Chief Financial Officer Joanne Crevoiserat will serve as interim CEO while the company looks for a permanent replacement. Current board member Susan Kropf will take over as the company’s chairperson.

“[Zeitlin] led with purpose during these unprecedented times. We thank him for all he has done for the Company and remain committed to continuing this important work,” Kropf said in a statement on Tuesday.

Like many of its peer retail giants, Tapestry has seen its store business tumbling since the coronavirus outbreak. This year so far, the company’s stock has fallen more than 50 percent. Tapestry is expected to report second-quarter earnings on August 13. 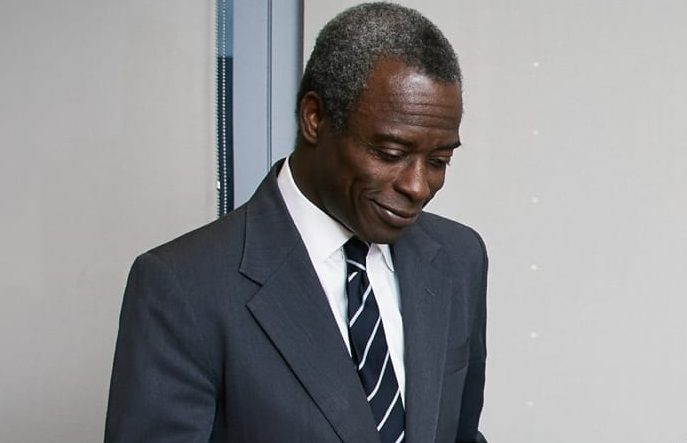