For the past few weeks, a rare, bright comet called NEOWISE (named after the NASA telescope which discovered it) has been flying closer to Earth and seen by astronomers around the world. And it’s getting better. Since first spotted by a telescope in June, Comet NEOWISE has brightened over 100-fold, making it the shiniest celestial object to appear near Earth’s atmosphere since Comet Hale-Bopp flew by in 1997.

On Wednesday, July 22, Comet NEOWISE will make its closest approach to Earth. After that, it will fade more rapidly and eventually disappear in the sky. NASA said if you don’t catch it this time, you’ll have to wait 6,800 years for it to come by Earth again.

If you get a chance to look up at the comet with a telescope, you might notice two tails—a broad, fuzzy tail made of dust and a thinner upper tail made of ionized gas.

“Parker Solar Probe’s images appear to show a divide in the ion tail. This could mean that Comet NEOWISE has two ion tails, in addition to its dust tail, though scientists would need more data and analysis to confirm this possibility,” NASA officials wrote in a description of a photo last week.

Below we’ve compiled some of the best pictures of Comet NEOWISE snapped by amateur stargazers, professional photographers and even SpaceX in recent days.

Comet NEOWISE in the night sky above Northern Arizona. pic.twitter.com/I5FoZpM812

A very ‘Florida’ #NEOWISE image from yesterday evening — my best viewing and photography of this beautiful comet so far! pic.twitter.com/3WYd1anYwa

I'm not sure in America but in the UK you can photograph it after sunset, but it's too bright to see with your eyes, then it gets brighter throughout the night until it disappeared below the horizon. I got these pictures with my phone at 11 pm. pic.twitter.com/ugZJhnhrJH 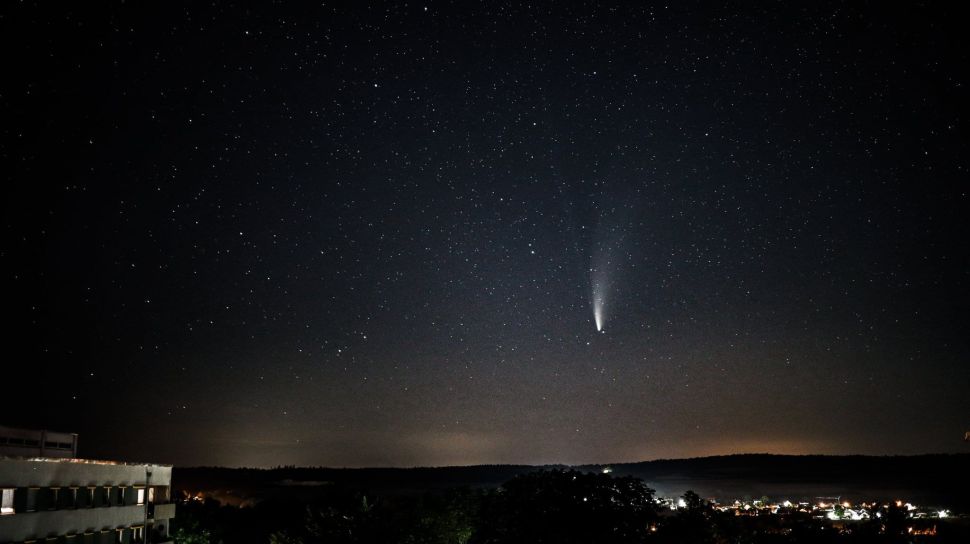