In March, a NASA space telescope called NEOWISE (short for Near Earth Object Wide-field Infrared Survey Explorer) discovered a distant, faint comet at about 194 million miles from the sun. The celestial object, officially cataloged as C/2020 F3 and nicknamed Comet NEOWISE for its discoverer, didn’t seem special at the time; it was shinning at a magnitude of only +17, about 25,000 times fainter than the faintest star that can be seen with the naked eye.

However, as the comet moved closer to the sun and Earth in recent weeks, sky gazers were actually able to get a good look at it. That changed the perception entirely—some astronomers think it might eventually develop into one of those once-in-a-lifetime cosmic sightings.

What’s special about comet NEOWISE is that, unlike two bright comets (ATLAS and SWAN) that flashed in the sky earlier this year, it survived burnout upon its closest approach to the sun, which happened on July 3. Two days later, several amateur astronomers spotted in the sky above Arizona.

“I was able to easily see it naked eye with about a degree of tail visually. Gorgeous yellow color in the scope,” Astrophotographer Chris Schur told Space.com. “The comet continues to be stunning, rising tail-first over the plateau, some 20 miles distant.”

“If the comet were in dark skies at a decent elevation, it would be a spectacular naked-eye object,” amateur astronomer Ray Brooks, who lives in the Arizona Sky Village near Tucson, told Space.com.

Comet NEOWISE will be visible by the naked eye through the rest of July. Astronomers believe that it could be one of those rare “Great comets” that are not only bright enough to be seen, but is also accompanied by a beautiful tail. The last such comet was seen in 1997.

Here are important dates and locations to mark if you’d like to get a glimpse of the NEOWISE in the coming days.

July 11: The comet will reach an altitude of nearly 10 degrees above the northeast horizon in the morning. You have a good chance of seeing it before sunrise.

July 12: The comet will be visible in the evening when it appears low in the northwest sky. The comet will gradually climb higher in the sky in the days to follow.

July 22: On that day, the comet will make its closest approach to the Earth at a distance of 64 million miles.

July 25: In the evening, the comet is expected to appear 30 degrees up from the west-northwest horizon.

July 30 and July 31: As the comet moves away from the Earth and the sun, it will be passing to the north of the fine star cluster of Coma Berenices or Berenice’s Hair.

If you don’t get a chance to see it yourself, here are some incredible photos that have been taken already: 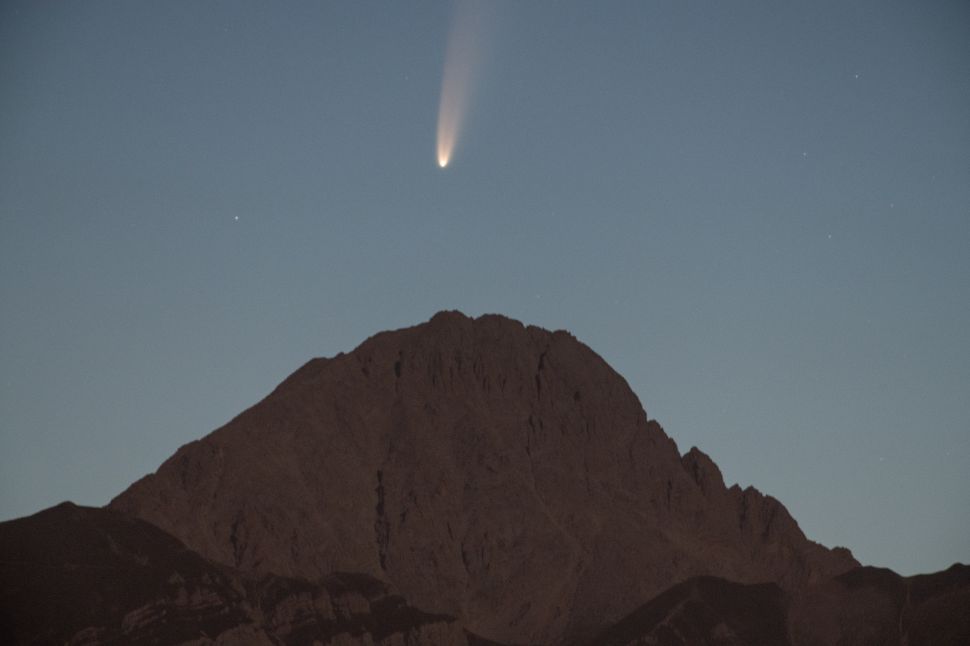